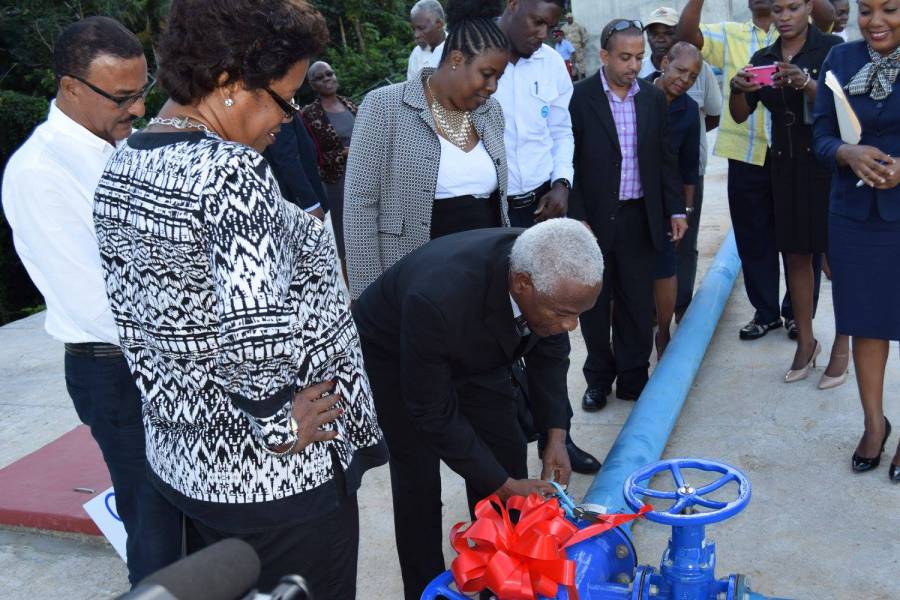 A commitment by Government to honour its outstanding payments is resulting in higher quality of service to NAWASA clients in St Andrew.

On 21 February, the company commissioned its $2.4 million Spring Garden Water Treatment Plant, the 4th to be commissioned in recent years, and it now boasts of increased capacity from 150,000 to 250,000 gallons of water per day.

General Manager Christopher Husbands commended the government for paying the $12 million owed to the company, which provided the opportunity for work to be done to benefit customers.

“We have some more work to do on this project; we’re going to increase the side of the dam to increase the storage. Because production capacity has increased, some line sizes would also have to be increased to ensure that we can get the increased capacity in various communities, so the work does not end,” Mr Husbands said.

The system was constructed under NAWASA’s Capital Investment Program. It has a sedimentation tank, water tank, operator’s quarters and storage room.

Works and Public Utilities Minister Hon. Gregory Bowen says Government, by honouring its commitment, is on the right track.

“The ability of the government to meet its debt and other commitments is the sole reason we are here today. The fact that this administration, the New National Party Administration, has restored fiscal order with the result of payment of over $100 million of unpaid claims, inclusive of which the $12 million owed to NAWASA, and used by this utility to undertake these capital projects, is proof that this government plans and policies, are the correct ones,” Minister Bowen added.

Prime Minister Dr Rt Hon. Keith Mitchell says while government meets its fundamental responsibility for services, there is the need for everyone to be connected to water services.

“We should not have standpipes if we connect everybody. But we cannot remove the standpipes when there are poor people in our village who do not have the water and we have not connected them. So, I say, historically, the point is, let’s connect every person, and those who cannot pay, the government and, to some extent, NAWASA, should share the responsibility to service that individual because everybody must have it,” Dr Mitchell said.

NOW Grenada is not responsible for the opinions, statements or media content presented by contributors. In case of abuse, click here to report.
Tags: christopher husbandsdevelopmentgisnawasaservicest andrewwater
Next Post