Politics is well-known to lend itself to hyperbole and histrionics, especially as a general election draws nigh. But, even then, one would expect sensible men – and we honestly include NDC Leader Senator Nazim Burke in this category – to act sensibly and rationally.

Indeed, all Grenadians would want to ensure that all our institutions – including the judiciary, the legislature and the Parliamentary Elections Office – are functioning at optimum efficiency. But, it’s sheer madness to suggest that the entire electoral process will be compromised and thrown into disarray because a group of returning officers have not had their contracts renewed by the Governor General; and worse, to intimate the possibility of violence on election day, as Mr Burke has done, is highly irresponsible.

The reality is that there are few countries in the western world, if any, where any one person or any one group can “thief’’ an election; that is true for the United States as it is true for Grenada and the Caribbean, where losing parties routinely claim their defeat at the polls was as a result of fraud.

There just are too many systems in place today, including Voter ID, to pull off a rigged election; too many checks and balances, including regular scrutinizing of the voters’ list and the presence of foreign observers; and too many people – including Parliamentary Elections’ Office staff, police officers, and polling station staff and volunteers, and political party activists – will have to be involved in any plot to successfully steal an election.

Crying foul about returning officers losing their contract positions might just be the NDC establishing an alibi should they go down to defeat in the next general election, as a recent poll by Peter Wickham indicated is likely to happen. Because we are certain that Mr Burke, an experienced politician, knows how general elections are won; he was part of the victorious NDC team in 2008.

And finally, on this weekend heading into March 13 on Monday, we remember the Grenada Revolution of 38 years ago.

There are those who will remember the March 13, 1979 “Revo’’ for opportunities that were opened up for a broad cross-section of poor, working people in housing and health, and in pursuit of professional careers in medicine, engineering, journalism, accounting, and other fields.

For others, the Revolution was a an unpleasant memory of incarceration, voluntary exiling from the country, military maneuvers, a dastardly bombing at Queen’s Park, and the execution of former Prime Minister Maurice Bishop and others at Fort George.

For good or for bad, the Revolution is part of Grenada’s history. We can draw lessons to improve on its successes and achievements; and also to avoid the mistakes of the Revo.

NOW Grenada is not responsible for the opinions, statements or media content presented by contributors. In case of abuse, click here to report.
Tags: caribupdateelectionfraudgovernor-generalmarch 13maurice bishopnazim burkendcparliamentary elections officepeovote
Next Post 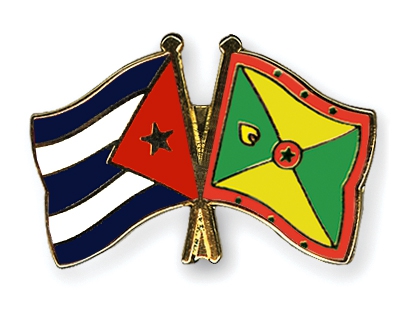