This story was posted 5 years ago
in Business, OPINION/COMMENTARY, Travel/Tourism
7 min. read

Since arriving in Grenada in early January for my usual winter sojourn, I have read several articles in various newspapers recounting “movements” in a match between the Government of Grenada and Rex Resorts. In a nutshell, seems that Government wants to evict Rex so that they can be replaced by a ‘five-star’ resort. The [new] resort operator reputedly has already been identified but remains unnamed and, if one is lead to believe, is just waiting in the wings. I might note that such restricted disclosure is not all that unusual as many Governments generally operate under the rule that “too much information in the Public Arena can prove harmful to their longevity.”

If I have it right, the Government maintains that The Grenadian by Rex is a bit ‘dishabille’ (aka rundown), which they claim is decidedly contrary to Rex’s solemn undertaking to the Government back around 1990 to establish and operate a “5-Star Resort” or the equivalent. The Government claims to have obtained the Court’s consent to terminate the Lease and evict The Rex and have moved very publicly to do so. Rex claims that they are, in fact, in full compliance with the terms of the Lease and also have plans and actions currently underway to further renew and upgrade their facilities. On what information is available to the Public, the matter seems to revolve around what standard of operation(s) were agreed to between the parties and, in particular, exactly how this was documented in the 99 Year Lease between the parties.

It appears that the exact wording of the matter as covered in the Lease has never been publicly disclosed by either of the parties. Both parties continue to rely on what they believe the Lease is/was intended to convey, not what it actually says — which is all that really matters. It appears that this might soon change as, upon my suggestion, an Editor, to their credit, has agreed to obtain a copy of the Lease and to analyse it to provide readers with a third party view on the contested claim concerning “standards”. I look forward eagerly to reading their “independent” view on this seemingly central issue.

The inference by Government spokespersons that Rex should be a 5-star Hotel, or move aside and allow the Government to redevelop the property as a 5-Star Resort, perhaps conveniently overlooks the fact that every tourist destination needs a range of accommodations, activities and prices to maximise its appeal to all potential visitors. One gets the feeling from our government that all Grenada accommodations should be at an equivalent standard to Sandals LaSource or perhaps even higher.

Consider that on their website, Virgin Holidays currently offers a week for 2 from 28 March 2017 at Sandals LaSource starting from £5,219 pounds sterling and from £3,049 pounds sterling at Rex, for the exact same period. When one compares the respective offerings and the vast difference in prices, it is clear they are not trying to attract the same potential guests which is great for Grenada!

Just because Rex is listed as a 3-star Resort, and below the standard of Sandals LaSource, does not make them a ‘dog’. Virgin Holidays lists 1,765 Trip Advisor Reviews for Rex of which 35% are ‘Excellent’; 43% ‘Very Good’ and 14% ‘Average.’ Compositely, 92% of guests to The Rex had their expectations met, and in the majority of cases, exceeded. Not surprisingly, Trip Advisor gives Rex a 4 out of 5 Guest Satisfaction Rating. This is at direct variance with the Government’s implied intent to convince us that the Rex is a ‘dump’ and does not deserve to exist any longer. Guests clearly enjoy both Resorts!

The most important consideration to Grenadians should be how such action by the government will increase the economic well-being of the Island, and this is not being addressed. In this regard, “LaSource” could prove a very useful precursor of the financial consequences of their intended actions. Sandals came to Grenada only after the Government of the day literally agreed to “give the shop away” to get them here. Consider, in the words of Mr Nazim Burke, Finance Minister, “Sandals LaSource is to enjoy the following concessions: Zero Corporate Taxes for 25 years; a ‘cap’ (?) on Property Taxes for 25 years; Zero Import Duties, VAT and Customs Service Charges on Capital Inputs for 25 years; Zero Import duties for 25 years and Zero VAT for 15 years on all consumer goods; a “cap” (?) on VAT on Occupancy for 25 years”. With such concessions, one wonders whether Sandals spends any money locally, except for very low wages?

Sandals LaSource de facto became a ‘replacement’ for the original LaSource, which I believe was at that time paying the full rate of every one of the above tax categories, providing millions of dollars of government revenue annually. This was replaced by virtually zero or a very minimum income from Sandals, which we can expect to continue over the next 15 to 25 years. Incidentally, at the time of announcing the ‘deal’ with Sandals, the Finance Minister postulated that the approximately 225 jobs displaced in the process would be taken up by Sandals. The reality has proved very different, and the very few that did get to join Sandals did so at very much lower wages than before.

Note to the (politically brave) Press; Here is an excellent opportunity to do some investigative journalism by conducting a survey among the leading resorts on the Island covering the more popular and generic staffing positions such as housekeeper, bartender, waiter/waitress, and the like. Cooperation for such an exercise may not exactly be readily forthcoming, but this could be overcome with ingenuity. The findings may prove of great interest to the public and help you sell newspapers, rather than consistently relying on printing press releases in many cases.

One can anticipate that similar or even more generous concessions than those granted to Sandals will/has become a blueprint for the Government’s replacement of Rex, and perhaps all of the new ‘5-star’ Resorts being developed under the auspices of the “Citizenship by Investment” Program — Grenada’s new saviour, on which the public has absolutely no information. Why can we not know?

I think that it would be very, very instructive for someone in the Finance Ministry to go back and enumerate all of the revenues received from the original LaSource in its last full year of operation and compare this to the revenues received from Sandals in their last 12 months of operation. The results might just delight their superiors! I use the term “very instructive” as I think the very same result will occur by replacing Rex (whom I believe are paying the full established tax rates), with another Resort with the same or more concessions than Sandals.

The original LaSource got to a point where it could not continue with the very high debt burden that it emerged out of Hurricane Ivan with, largely because the lead insurer refused to pay their 50% of the Hurricane Claim that was accepted and settled by their 2 co-insurers. As I mentioned above, I do not believe that LaSource was operating with any concessions from Government, and it could have been a better financial deal for the government to have offered them enough concessions to facilitate a restructuring of their debt. I am confident that concessions at the extreme levels of Sandals would not have been necessary. Ah, the benefit of hindsight!

An obvious concern to the public should be that the concessions granted to Sandals, and likely to all of the projects being development under the CBI Programme, gives all of these resorts a tremendous financial advantage over the many other establishments that do not enjoy similar concessions. Strangely, I have yet to notice any discussion on this very important factor anywhere!

Having said all of this, I do not have any idea of the financial viability of Rex’s operation, as I have absolutely no connection whatsoever with them. It is entirely possible that Rex may secretly be delighted at the opportunity to get out of Grenada on favourable financial terms. All of their actions/reactions could merely be a ‘public dance’ to assist them in extracting the best possible compensation from Government. Interestingly, if this be the case, the way the Government has approached the matter very clumsily provides significant ‘leverage’ to Rex to extract additional compensation, some of which to offset the obvious damage being done to their business by the Government’s public actions.

In closing, it has been said elsewhere that the desire to replace Rex is part of a government strategy to expand the number of available rooms on the Island. However, despite the fact that ‘logic’ and ‘government’ are foreign to each other, I dismiss this. Could anyone believe that removing and replacing rooms rather than building additional rooms at an alternate site would increase the room stock?

Murder will (certainly) be out!

PS: The fact that our governments feel it necessary to grant such incredible concessions to invest in Grenada is a startling testament to the very high taxation burdens now imposed on Residents — while we drive blissfully on pot-holed roads with virtually no enforcement of traffic regulations!

NOW Grenada is not responsible for the opinions, statements or media content presented by contributors. In case of abuse, click here to report.
Tags: acquirecbicitizenship by investmentconcessiondevelopmentemploymentgrenadian by rexhotellasourceleasereviewrex resortssandalstaxthe grand poobah
Next Post 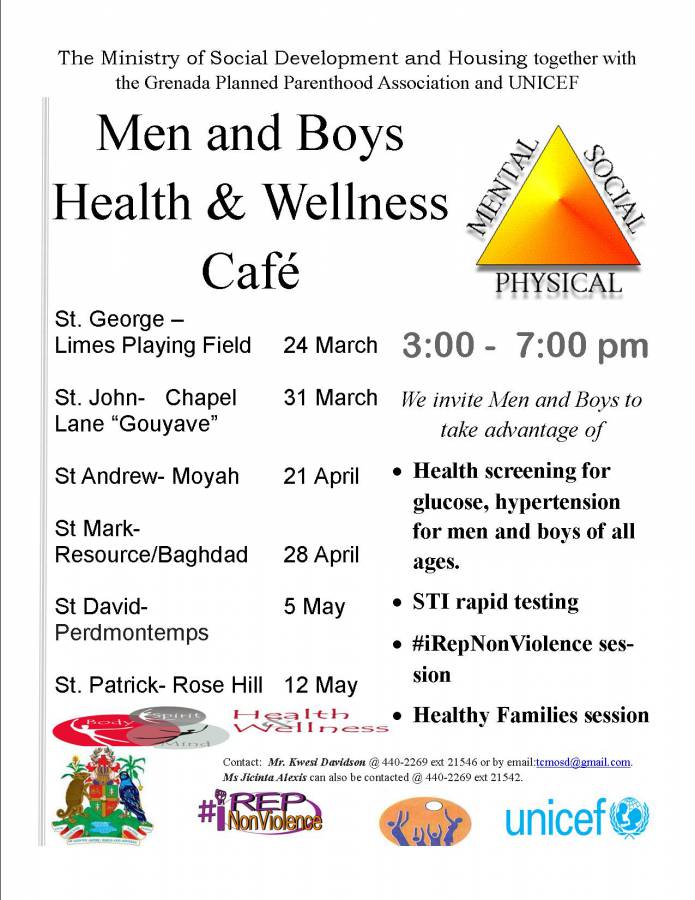