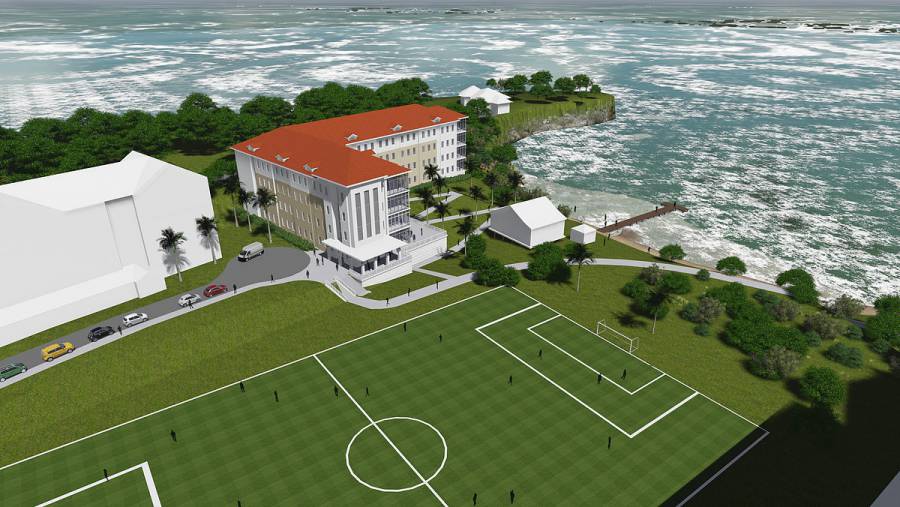 This story was posted 5 years ago
in Arts/Culture/Entertainment, Education, General News
2 min. read

St George’s University will name its newest dormitory after former Prime Minister Sir Eric Matthew Gairy who died in August 1997. Construction of that dormitory is scheduled to be completed in 2018.

The announcement to recognise Sir Eric, who was the sitting Prime Minister and granted permission to the project, was done during a ceremony in which Chancellor Dr Charles Modica presented Governor-General with a donation for the rebuilding of the Government House.

“Without Sir Eric granting us permission, this university will not be here today,” said Dr Modica. The University began classes in January 1977 with 30 American students. 2017 marked its 40th anniversary and it is now boasting of having more than 17,000 graduates from 140 countries in medicine, veterinary medicine, public health, and other professions and disciplines who follow the SGU philosophy of global education and apply their education at home and abroad.

Besides naming the new dormitory after Sir Eric, the University is also contributing to the Sir Eric Sculpture project. Undertaken by the Ministry of Culture, this project will see the unveiling of a Sir Eric statue at the Botanical Gardens.

Dr Modica announced that the Board of Trustees of the University has made a decision to contribute financially towards the project. He did not disclose the amount to be donated. Culture Minister Brenda Hood made the announcement of the sculpture 2 years ago, and since that time funds have been solicited for it to become a reality.

“The Sculpture is taking longer than expected; it is being worked on at the moment,” Hood said, as she provided an update on the project. It was the hope of the Ministry that the sculpture could be unveiled for the Independence celebrations.

As part of its corporate social responsibility, the University donated US$100,000 towards the Government House Restoration project. Governor-General Dame Cecile La Grenade launched the Committee 3 years ago for the sole purpose of raising funds to restore Government House, which was destroyed during the passage of Hurricane Ivan in 2004.

Government House, which is the official home for the Head of State, was among a number of national buildings that were destroyed by the Category 3 hurricane, which devastated the island in September 2004, including the Houses of Parliament and the High Court.

Since that time, Government has been renting accommodation for the official Head of State residency and Houses and the Parliament. However, a new Parliament building is currently under construction.

NOW Grenada is not responsible for the opinions, statements or media content presented by contributors. In case of abuse, click here to report.
Tags: charles modicadormitoryeric gairygovernment housegovernor-generallinda strakerparliamentsculpturesgust george’s universityuniversity
Next Post 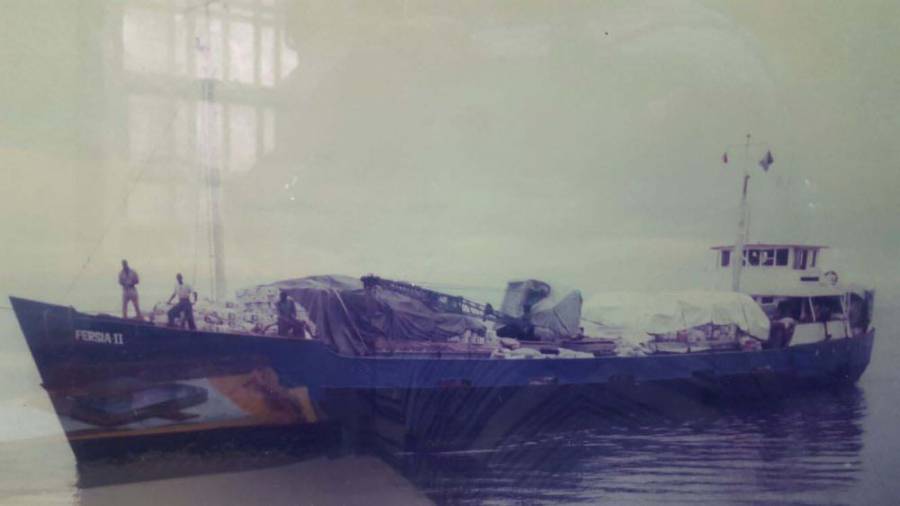