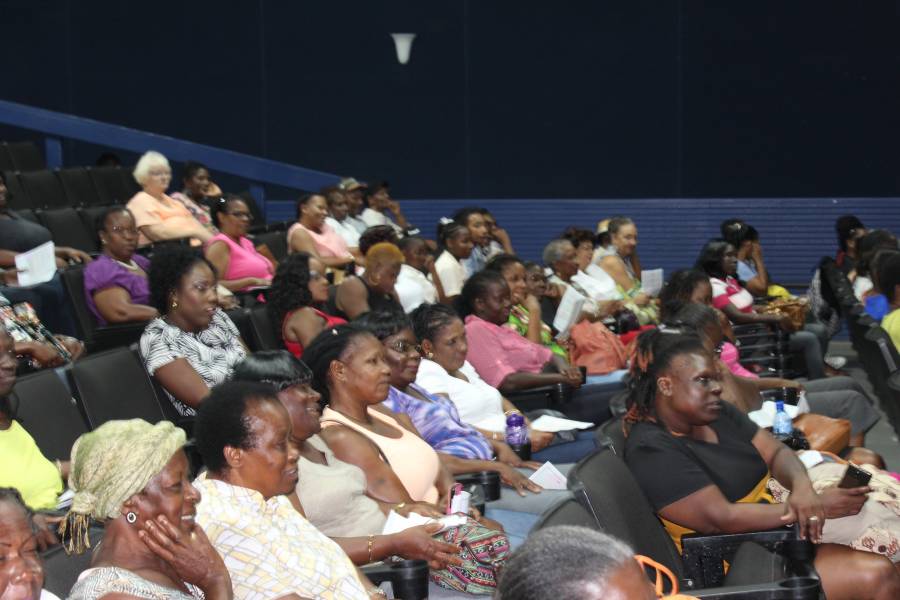 The Grenada National Organisation of Women (GNOW), has launched a Programme for Empowering Rural Women through Horticulture for Sustainable Livelihood.

During the month of March approximately 70 women, between 18 to 65 years of age, were welcomed to a project launch in the parish of St Andrew. The purpose of the launch was to expose them to the opportunities which exist in the country’s agricultural sector, particularly within the area of planting and selling of cut flowers – both for the domestic and export markets – an avenue which has the potential to offer them a viable and sustainable means of living.

The participants will be trained in areas such as nursery development, soil technology, marketing and sales. An initial orientation workshop is planned for the month of April, which will seek to include the demonstration of plot/land usage and practices for reaping optimum results and quality produce.

Among attendees at the launch were representatives from the Ministry for Social Development & Housing and Minister Yolande Bain-Horsford, Minister for Agriculture, Lands & Forestry, both with a vested interest in the success of the programme with its particular emphasis on the rural segment of the female populace.

During March, CIBC FirstCaribbean Country Head, Nigel Ollivierre, committed to a contribution of $1000 to GNOW in support of the positive actions they are proposing, in seeking to empower one of the more vulnerable sectors of Grenadian society.

“We are looking for as much support as possible for these women who are seeking to help themselves and their families. The commitment already offered by CIBC FirstCaribbean is very encouraging, and we certainly hope that other corporate bodies will see the need to support our endeavours for the women in the rural parts of our islands”, said Ms Jacqueline Lorice-Pascale, Project Co-ordinator for GNOW.

The majority of women in attendance at the launch showed their enthusiasm for the GNOW project by immediately signing up as participants at the conclusion of the programme.