Pearlina Thomas and Chad Welch to Represent Grenada in China

Pearlina Thomas and Chad Welch to Represent Grenada in China

This story was posted 5 years ago
in Education
3 min. read

Two students from the island’s lone tertiary institution will be representing Grenada at the International Chinese Bridge Proficiency Competition later on this year, in China.

On Thursday, 20 April 2017, 14 students of the TA Marryshow Community College (TAMCC) competed in the third Chinese Bridge Proficiency Competition, for a chance to win the opportunity to travel to China. The students displayed their knowledge of the Chinese language and culture.

China’s Ambassador to Grenada, H E Ou Boqian, along with a contingent from the Chinese Embassy, were present at the event, which was hosted at the College.

According to Ambassador Boqian, the Bridge Proficiency Competition serves as another means of bridging the friendship between China and the other countries they have relations with. She was pleased with the students’ performances and was happy to see that the Confucius Classroom, which was donated to the institution, is growing in numbers.

The Ambassador urged the students to take good care of the Confucius Classroom, as there may be future plans to turn the classroom into a full institute, and with more students participating in upcoming Bridge Proficiency Competitions.

The students who took the top 2 spots, Pearlina Thomas and Chad Welch, are second and first-year students, respectively. Both students selected Chinese as an elective and jumped at the opportunity to take part in the competition. Thomas and Welch performed songs in Chinese.

Thomas and Welch noted that although neither of them has been to China before, they are happy for the opportunity and are ready to embrace even more of the culture, and learn as much as they can. Welch said he “expects lots of obstacles to come our way but I know we will face it and conquer them.”

Dr Jeffery Britton, Principal of TAMCC, said he was quite impressed with the performances. He thanked the Chinese Ambassador for the experience afforded to the students, through the Confucius Classroom.

In speaking about China’s International Bridge Proficiency Competition, Ambassador Boqian said there were approximately 96 participating countries in last year’s competition. However, she did note that Grenada was well represented by the 2 students from TAMCC, who, although they did not win, took advantage of the Chinese experience offered to them. This year, 2 additional students will be travelling along with the winners, as observers. 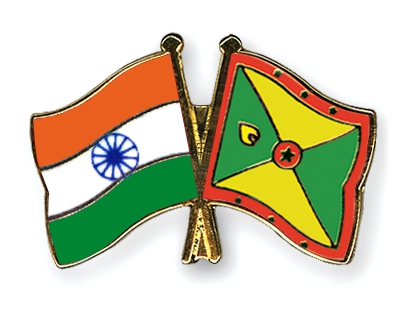