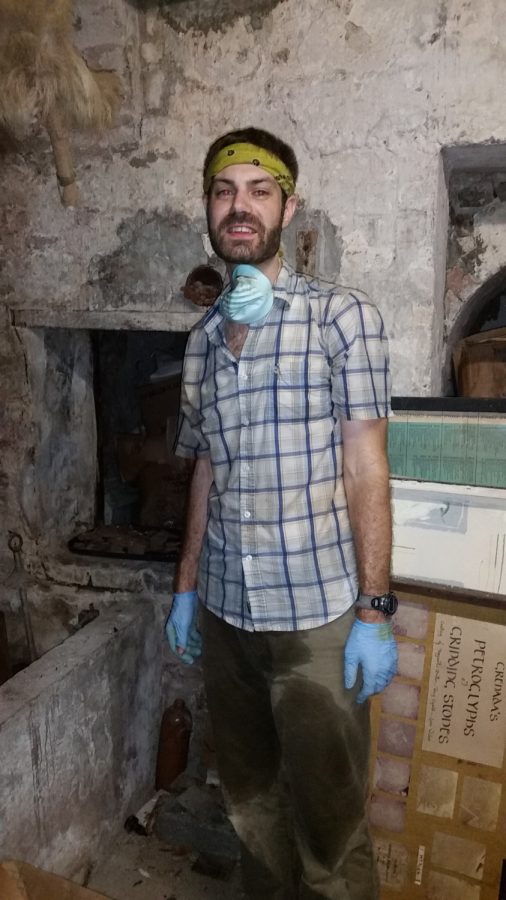 The 2017 Museum Bill On The “Island Of Conflict”

The 2017 Museum Bill On The “Island Of Conflict”

The armies are lined up, revolution is in the air, and a cycle of resentment and revenge is set to begin anew. Most Grenadians may be unaware, but a fight is brewing around the core of their identity — Grenada’s heritage.

It’s a long, complex battle of personalities that spans decades, but in its current form, it centres on the Grenada National Museum (GNM). Of course, we all know the arguments are not really about the Museum. They’re about past grievances, insults to egos made long ago, and a family’s name.

As a volunteer and supporter of the Museum (under various leaderships) for the past 6 years, I have seen this cycle happen once already in 2015. And as an archaeologist conducting research here, I feel an ethical responsibility to lend my limited insight. I care deeply for the GNM, cherish the friendship of those on both sides of the argument, and I feel a certain devotion to this country that has welcomed me wholeheartedly. So much so, I redirected a decade of research in Belize to write my dissertation in Grenada, following a powerful experience as a Peace Corps Volunteer.

One thing I learned as a “Peace Corps” is how easy it is to criticise rather than fix a problem. So I will not contribute to the mudslinging. However, I will set the record straight for 1 pervasive misunderstanding: the Government of Grenada, under every administration, has supported the Grenada National Museum. The first National Museum was actually a collection installed at the Public Library during the 1890s, entirely supported by the colonial British government. In 1976, the Hon. Sir Eric M Gairy expanded that support to help create the current GNM, while head of the government. It is true that the ownership of the building is somewhat ambiguous, but if it was given to the Museum, then that was a million dollar donation; if it was not, then the Museum has been enjoying a beautiful, historic building rent-free for 41 years. The government also pays the electrical bill and, I believe, water — basically the bulk of what is called “overhead costs” and the biggest financial burden to any brick-and-mortar business. Saying the government has “never funded the museum” is not only an egregious inaccuracy, but it also assumes that the government is somehow responsible for the museum’s prolonged stagnation. Why is everyone perpetually waiting for politicians instead of thinking creatively for solutions?

That said, I do believe governmental support is necessary for something like a National Museum (or, eh hem, a library), but I would be weary of leaving the relationship vulnerable to political influence (eg, during the Revolution, the GNM’s agenda was heavily influenced by politics). The 2017 Museum Bill provides a good balance of support, granting the GNM explicit legal standings and solves the ownership dilemma by making its current home in the Antilles Complex permanent. It also creates national archives and firm protections against the taking of artefacts from heritage sites. And it forms a robust Board that will push the Museum to hire people that are trained in the appropriate fields and can properly manage the nation’s antiquities.

This latter point is a godsend for a researcher like me currently trying to help catalogue the GNM’s Amerindian collection. Like any museum, only a small percent (~2%) of their collection can fit on display. Unfortunately, the “backroom” has consisted mostly of unsorted bags and boxes stuffed opportunistically in dark, pest-ridden spaces. The vast majority of these artefacts are from well-documented contexts, painstakingly recovered by archaeological investigations like my own. If the museum is to remain the repository and conservator of collections and archives — both public and private — we need to ensure these collections are properly maintained for posterity. Until last year, they were being left to rot.

But make no mistake — there is not one person or family or group to blame here. We all have made mistakes, and I will be the first to say that I wish I had done things differently in my past endeavours at the museum. As such, I also believe most people would like to see some continuity between the present museum staff and those hired after the Bill passes, which I assume would be based on the recommendations of a task force. I sincerely hope they do not replace the current staff with a bunch of clueless new people. This would only serve to restart the cycle of resentment that has been the Museum’s story since its founding (eg, Whiting 1983). Moreover, while there must be room made for those who know about museums (ie, people trained in collections management, anthropology, and the natural sciences), there must also be an institutional memory. A few on the current staff are the de facto filing system — they know who or where things came from, even in instances where no written record remains. The current staff have also cleaned up the exhibits, written perceptive quarterly reports, and generously supported my efforts to salvage the Amerindian collection by allocating space, materials, and staff to assist with cataloguing.

So let us not let the 2017 Museum Bill become tainted by personal grievances or past resentments — it’s not about that. It’s about putting the museum on firm legal grounds to grow and improve into the 21st Century. It’s a chance for us all to be magnanimous and set a precedent (for the whole Caribbean) of putting aside past grievances for the betterment of our cultural resources — for our heritage. Let us come together, compromise, collaborate and ensure that when this great leap forward to protect Grenada’s antiquities is enacted, we are not beset by infighting, but instead, we are all reaching higher, “standing on the shoulders of giants,” and pushing the country forward ever.

Jonathan Hanna is a PhD Candidate in Anthropology at Penn State and a US Fulbright Fellow with the Ministry of Tourism. The contents of this article are his personally and do not reflect any position of the Government of Grenada, the U.S. Government, the Fulbright Commission, or the Pennsylvania State University.