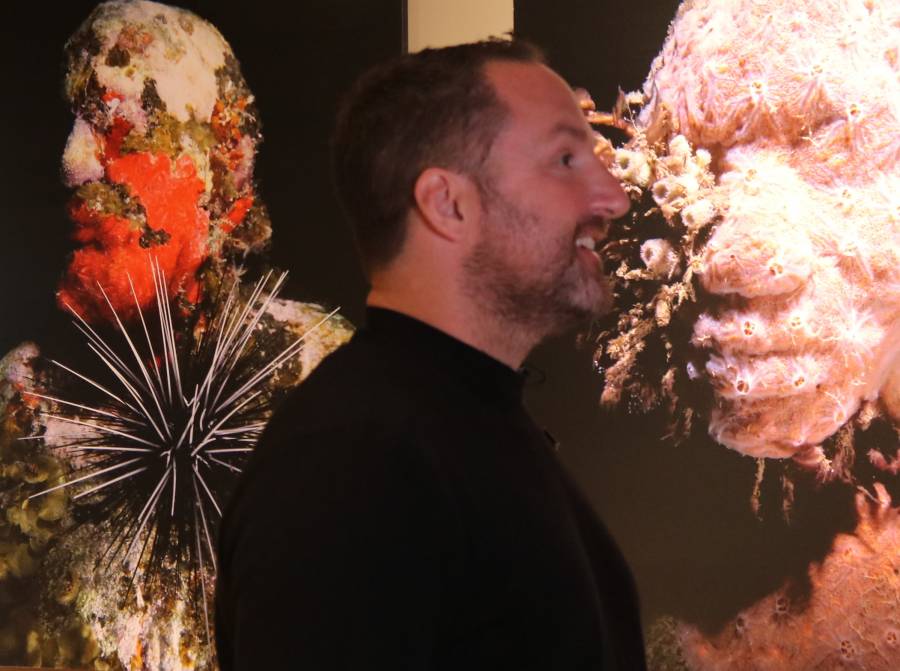 Compare and contrast: life and death, poverty and wealth, truth and truthiness, authorship and ownership, interspecies and anthropocentic, hope and hype…

Damien Hirst’s exhibition “Treasures from the Wreck of the Unbelievable” sounds the death knell for creativity. Despite its name, it is void of imagination, and ripe with the tiresome hallmarks of colonial thinking. Its central narrative is the romanticised ‘freed-slave-turns-art-collector-rags-to-riches-distraction-fantasy’ that Hollywood loves to deploy as a feel-good device to placate consumer hopelessness.

Cif Amotan II is the name of Hirst’s character (anagram for ‘I am fiction’): a liberated slave who sailed from Antioch, Turkey (in what I’m imagining must have been a cruise ship based on the size of his collection), towards a long lost sun temple with all of his treasures. Everything sinks to the bottom of the Indian Ocean, where his collection supposedly stayed submerged for over 2 millennia. Actual underwater time? One month.

The works don’t confront expectations, they uphold them, including objectified ripped nude bodies, cisgender domination, hierarchies upon hierarchies, Disney and pop divas positioned against stolen and repurposed cultural symbols, and the sly insertion of Citroen and Honda logos. Product placement rules in “Treasures from the Wreck of More of the Same.”

Also at the Biennale Arte 2017 is Jason de Caires Taylor, showing at the Grenada Pavilion approximately 5 minutes downstream of Hirst’s diamond-studded runoff. Despite glaring similarities, Taylor’s Ecological Art has a very different take on marine life and the art object.

Taylor’s first installation Vicissitudes (2006) is situated in Molinere Bay, Grenada, and contains 75 sculptures covering over 800 sq/meters, all UNDERWATER. The sculptures helped to restore marine life after Hurricane Ivan in 2004: Taylor’s first nod towards global warming, the effects of which are linked to greater hurricane intensities. The organic shape of his subjects (local citizens) and the neutral ph of his materials (concrete) are conducive to marine life, such as coral, sponges, algae, and fish. It is art turned artificial reef.

Taylor has made and sunk nearly 1,000 pieces, including locations in Cancun/Isla Mujeres (Mexico), Nassau (Bahamas) and Lanzarote (Spain). To see much of it firsthand, viewers have to submerge themselves. In lieu of the plunge, he installs photographs, or pre-sunken sculptures, like those on view at the Biennale

I recognise the girl from Plasticide, 2017 one of a handful of Taylor’s projects visible by land, like The Rising Tide, 2015 on the Thames River.

I’m reminded of a term by academic Donna Haraway: response-ability. It is a model for living well with other species, which to me sits at the centre of Taylor’s artistic conscience. Sponges and algae are his collaborators, as opposed to the unnamed artists Hirst employs to fulfil his aesthetic vision.

Taylor’s museums are an act of restorative intervention. They transform the local ecology, often pulling tourists away from endangered coral reefs. As they decay, they become hosts for new life, as opposed to Hirst’s objects suspended in a state of opulent death. The museum is reborn as a space for “preservation, conservation, and education” (Taylor).

Taylor’s work presents an alternative. It thinks beyond today’s political climate of cynicism and fiction, and asks, “In 2017, what is a treasure?”

Jason deCaires Taylor exhibits at the Grenada Pavilion, 417 Zattere Dorsoduro, at the International Art Exhibition of the 57th Venice Biennale in Italy.

Andrea Spaziani is a choreographer based in Toronto, Canada. For more information contact [email protected] 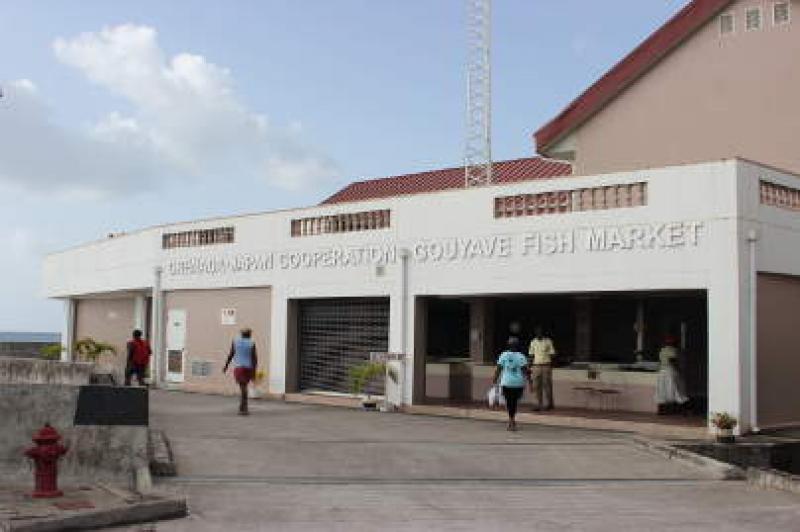