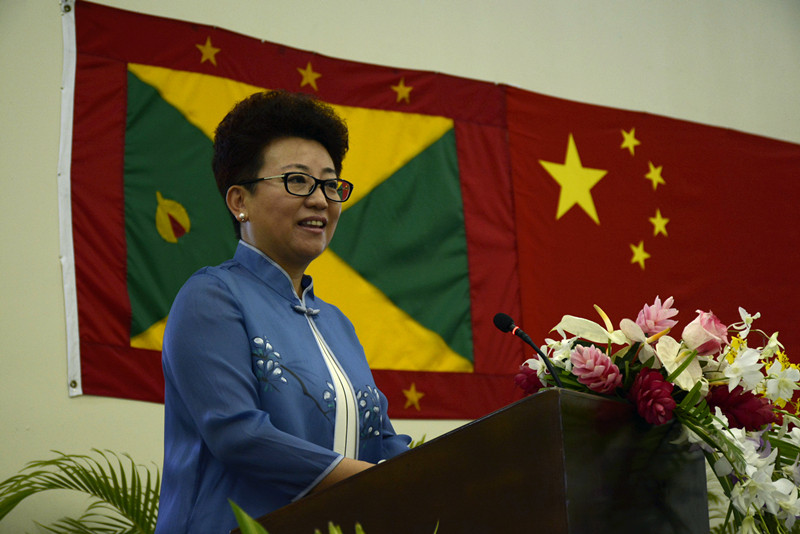 After 4 years of serving as the Chinese Ambassador to Grenada, H E Ou Boqian’s stint came to an end on 11 May 2017.

Ambassador Ou commenced diplomatic duties in May 2013 after the New National Party’s 15-seat win at the General Election. To date, she has been the longest serving ambassador since Grenada and China’s relations began.

During an exclusive interview at the Chinese Embassy, the Ambassador described her experience in Grenada as “enjoyable,” stating that she considered herself to be lucky to have had this time with such friendly and helpful people. “I can see from my experience in the past 4 years, that wherever I go, I can always meet people who are always ready to help.”

Ambassador Ou reminisced on some of the things she and her team experienced — including climbing Mt St Catherine, hiking the trail at Mt Qua Qua and Lake Antoine and swimming from Port Louis to Grand Anse beach. She mentioned the local foods like salt fish, breadfruit and Oil Down, which she thoroughly enjoyed. These experiences along with the friendliness of the people, surpassed her expectations that she held prior to coming to Grenada.

She spoke about accomplishments achieved during her 4 years, which included the first phase of the low-income housing project, the rebuilding of the Kirani James Athletic Stadium, and the building of the Confucius Classroom at TAMCC. Additionally, during this time, over 400 Grenadians have visited China on short term courses, and approximately 80 scholarships have been awarded as well.

Despite these significant achievements, Ambassador Ou said she considers “the mutual understanding and friendship between the two peoples” as the biggest accomplishment. She was happy to see that Traditional Chinese Medicine, Acupuncture and Cupping were being used by a number of Grenadians who visited China on short term courses. Short term courses, including Anti-Terrorism Bilateral Training for police officers, Event Management and Nursing are also expected to commence soon.

The ambassador said she believes that more Grenadians and Chinese now have a greater understanding and appreciation for each other’s culture, through events such as the Chinese Film Festival and the Lantern Festival which were held earlier this year. She affirmed that Grenada is being heavily promoted in China through a two-series documentary.

Speaking on upcoming and unfinished projects, Ambassador Ou assured that the works and relations between China and Grenada will continue, as the two governments signed several legal documents in order to promote cooperation in legal affairs and tourism.

She mentioned a multi-functional complex and fully computer-controlled greenhouse which will be set up as part of the La Sagesse Agricultural Mission. She said the complex will include a fully equipped technical laboratory, with construction expected to commence later this year. However, the green house project is scheduled for 2018.

When asked about how China is benefiting from its relations with Grenada as a developing country, Ambassador Ou affirmed that this was in no way a one-sided relationship. She said this is an “excellent example of relations between a big country and a small country,” especially since China’s influence is growing in the world. And, with international affairs, all developing countries are represented.

When asked what was next for Ambassador Ou, she commented that she was not quite sure yet, but affirmed that “wherever I go and whatever I do in the future, I do believe that Grenada is here in my heart.” The Ambassador said she will definitely miss the “kindness” and the “friendship” the most. To her successor, Ambassador Zhao Jianhua, Ambassador Ou advised that he “enjoy himself and he won’t be disappointed.” 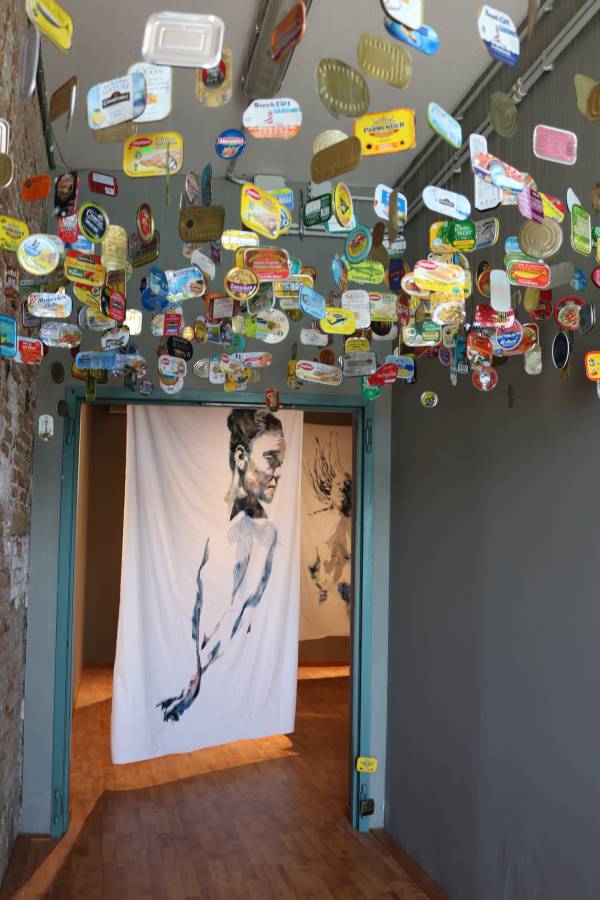