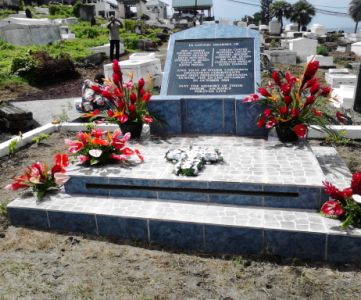 The Conference of Churches in Grenada (CCG) has, for some years been concerned that our acknowledgement of the week of events of October 1983, has not furthered the healing of the nation.

After the Thanksgiving Service in October 2015 at the Beaulieu RC Church, the Conference expressed its concern to the Committee of Social Partners. The Committee of the whole created a subcommittee and charged it with the responsibility of recommending how best we might be able to commemorate these events in a way that, over time, would lend itself a more united country.

The Committee of Social Partners has acknowledged draft recommendations from the sub-committee, for the future annual commemoration of the events of the week 19 to 25 October, and has given its blessings for dissemination for discussion and consultations. The CCG has offered to lead in this process through parish consultations and possibly a national consultation. The plan now is to disseminate the recommendations to the public and different interest groups (the families of those who died on the 19th, the Martyrs Foundation, the US embassy, the ex-soldiers) and receive comments.

The benefits of having the holiday as recommended above are:

The following are recommended activities for the week:

The following suggestion was not made by the committee but came from a member of the Conference of Churches: A project to create a “sanctuary” at Fort George at the place where the former members of the Grenada Government were executed, to require or include: