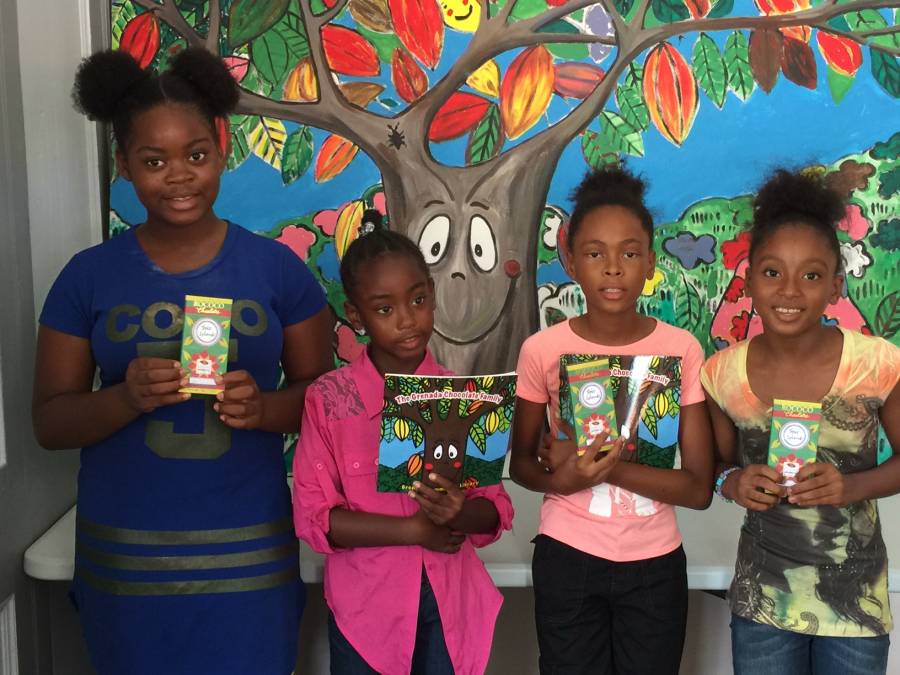 The Grenada Chocolate Family Wins “Best In The World”

The Grenada Chocolate Family Wins “Best In The World”

This story was posted 5 years ago
in Education, General News
3 min. read

On 27 May, the Grenada Community Library’s first publication, “The Grenada Chocolate Family,” was awarded Best In The World in the Charity and Fundraising category at the Gourmand World Cookbook Awards in Yantai, China.

The Grenada Chocolate Family is the only book among the 97 finalists that won in 3 separate categories.

On top of these great honours, the Grenada Community Library was selected as the fundraising cause of the Awards by Gourmand and Altos Tequila of Mexico, who raised 4,200.00 Yuan (US$600) at their bar on the final afternoon. This was announced this at the end of the Awards ceremony.

Representing Grenada amongst 211 competing countries (the Olympics have 205 countries), the book had already won 4 Gourmand World Cookbook Awards for the Caribbean and Grenada: Best Caribbean Cuisine Book, Best Children’s Food Book, Best Chocolate Book and Charity & Fundraising, and had been nominated in an unprecedented 4 categories in Gourmand’s “Best in the World” Awards.

The Gourmand World Cookbook Awards is considered the “Oscars” of cookbook awards and are inspired by the spirit of the Olympic Games. Its president, Edouard Cointreau, personally invited the Grenada Community Library to enter The Grenada Chocolate Family into the international cookbook competition, calling the book “very special.” His passion for libraries and diverse publications and goodwill seems to champion this book and cause.

The Grenada Chocolate Family is a children’s colouring storybook. It was written in the Grenada Community Library’s creative writing programme, in a group writing workshop with over 15 children, ages 6-12, facilitated by Oonya Kempadoo. The group developed a narrative using discussions on the process of chocolate making, local knowledge and uses of cocoa – in collaboration with the Grenada Chocolate Festival.

It is the first children’s book written by children of colour in a cocoa-growing country about chocolate making and shows how children’s contributions to literature and educational material matters, and how their voices can influence an industry and increase fair trade.

This is a magnificent achievement for Grenada and the Caribbean, and for the free Grenada Community Library.

The library keeps its doors open through the support of the Grenadian community, both local and in the diaspora, combined with international supporters, through generous financial and book donations and the dedication of its volunteers. The library is grateful to corporate and non-profit Partners for Literacy, Friends of the Library, and many wonderful volunteers.

All proceeds from the sale of The Grenada Chocolate Family support the continued operation of the library as a free public service. Free copies for primary school students are made possible by the Jurgen Rausch Kakao Stiftung foundation.

The Grenada Chocolate Family is now represented by the top US literary agent and author, Regina Brooks, Founder and President of Serendipity Literary Agency LLC, and Co-Founder/Executive Director of YB Literary Foundation.

The Grenada Embassy in Beijing sponsored Kempadoo’s attendance at the Gourmand World Cookbook Awards ceremony in Yantai, China. Grenada’s ambassador to China, His Excellency Denis G Antoine finds The Grenada Chocolate Family “inspiring,” and believes that the book has helped to promote Grenada’s organic and ethically produced chocolate industry, along with the Grenada Chocolate Fest.