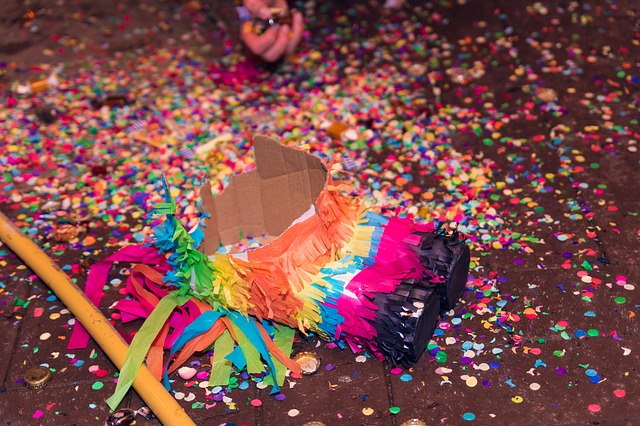 Cinco de Mayo (5th of May in Spanish) is one of the most widely known Mexican celebrations internationally. The date commemorates the Mexican army’s 1862 victory over France and its allies at the Battle of Puebla, during the French intervention in Mexico (1861–1867). This was a heroic victory of 2,000 Mexican soldiers against 7,000 soldiers sent by the French, the most powerful army of the age.

In 1861, Mexico was in dire financial circumstances. That year, Benito Juárez became president of the country, the first indigenous president in the Americas, and had to default on his debts to European governments. In response, France, Britain and Spain formed an alliance to pressure the Mexican government to provide reimbursement and sent a naval force to Veracruz. Soon after arriving, Mexico was able to reach an agreement regarding the payment with Britain and Spain, leading to those countries withdrawing their forces; however, France, ruled by Napoleon III at the time, decided to use the opportunity to increase the attack and install a government which would support French interests.

Certain that success would come swiftly, the French general sent 7,000 men to attack Puebla, a town in east-central Mexico. At that point, the Mexican defence of the city, sent by President Juárez, was about 2,000 men led by General Ignacio Zaragoza. On 5 May 1862, France drew its army, well-provisioned and supported by heavy artillery, before the city of Puebla and led an assault from the north. The battle lasted from daybreak to early evening, and when the French finally retreated they had lost nearly 500 soldiers. Fewer than 100 Mexicans were killed in the clash.

3 times the French assaulted Mexican positions, failing to achieve their goal and suffering numerous losses. The contingents of generals Porfirio Diaz, Miguel Negrete, Felipe Berriozábal and the cavalry of Colonel Antonio Álvarez defeated what was considered the strongest army in the world. The war would go on until 1867 and would leave many casualties, but would also seal the sovereignty of the country.

Within Mexico, Cinco de Mayo is primarily observed in the state of Puebla, scene of Zaragoza’s heroic triumph, although other parts of the country take part in the celebration. Puebla today is one of the most richly historical places in Mexico, with its town centre considered as a UNESCO world heritage site. Traditions include military parades, recreations of the Battle of Puebla and other festive events. However, in the United States, Cinco de Mayo evolved into a celebration of Mexican culture and heritage, particularly in areas with large Mexican-American populations.

NOW Grenada is not responsible for the opinions, statements or media content presented by contributors. In case of abuse, click here to report.
Tags: battle of pueblacinco de mayogeneral ignacio zaragozamexicopueblaunescoworld heritage site
Next Post