“Those who have initiated this reenactment need to look at it again because it is clearly something we should not be promoting.”

Those were the comments of Prime Minister Keith Mitchell, on the recent staging at River Antoine in St Patrick of an event reenacting slave life on a sugar estate in Grenada.

I must confess that I was not aware of this until I read a story that a Grenadian attorney was arrested for staging a one-man protest against this reenactment; an event put on by the Grenada National Heritage Committee.

I was truly astounded, rather baffled, perplexed that a committee which purports to promote the heritage of our country can even think about such a reenactment. Let us be clear: Slavery and the slave trade sit alongside the Holocaust, as one of the most cruel, inhumane, barbaric deeds of mankind in the history of human civilisation. It was genocide!

Jerry Edwin, the attorney that was arrested, wrote in an article he published, “The victims do not imitate the tragedy. Slavery was not an event. This was a crime against humanity.’’ He further noted, “How can we enlist our children in recollecting events that dehumanised them and were intended to render them not as human beings but as things – chattel – to be bartered?’’ I cannot put it more succinctly.

The effect of slavery goes beyond the death of an untold number of Africans. The lasting effect speaks to the issues of physical displacement; deprivation of culture – to wit, language and other cultural norms; destruction of self-esteem that even today, many generations after, millions are scared or afraid to be associated with matters concerning their own race.

A friend of mine referred to me as a Negro a few weeks ago, and I had to gently correct her. When I was going to school I was taught about the Negroid race. Negroid comes from the Spanish word Negro which means black. The Spanish, as the early European colonisers, used their own language to describe and define who and what they met. Black is the colour of my skin, no doubt; but I am more than the colour of my skin. I am African–Grenadian, if you want to define me along those lines.

Africans are yet to be compensated for their sufferings, compared to other nations of people that have received significant monetary compensations for being wronged.

Who in their right minds, could even think about reenacting slavery as part of a sustainable tourism project? Complete backwardness!

Is slavery our heritage? No, it’s not. It is part of our history where our ancestors were enslaved and oppressed. It represents the darkest days in our history. If anything, as Bob Marley sang, “we must emancipate ourselves from mental slavery, none but ourselves can free our minds.’’ If nothing, we must guard against any and all abuse against our people.

I remember sitting at the feet of Omowale David Franklyn, many years ago. He was my ‘A Level’ history teacher and, to my mind, one of the greatest thinkers to come from Grenada. He told us that the history of our ancestors did not begin with slavery and the slave trade; it began before that, as free people in Africa, with an advanced civilisation that had tremendous achievements in science, astronomy, mathematics and so on.

He taught us of the greatness of our race, and he instilled in us that, if we believe our history began in slavery, then we may think that this was where we belong. I never forgot those lessons. I am sure he will make himself available to provide some tutoring to the National Heritage Committee.

The culture of a people is for the liberation and elevation of that people. It is to give us that sense of belonging and pride. Slavery and colonialism are not our culture. These were two instruments used to strip us of our culture and our identity.

If the committee wants to celebrate some aspects of Grenada’s heritage, there are many aspects they can choose from. For instance, they can use some standout occasions in our history where the Grenadian people heroically resisted oppression; for example, the Kalinagos in 1651 against the French, Julien Fedon in 1790’s against the British, Eric Gairy in 1951 against the social conditions confronting the Grenadian workers, and Maurice Bishop, Bernard Coard and the NJM leadership in 1979 against Gairy’s dictatorial rule.

Grenadian resistance against oppression throughout history is characteristic of the Grenadian people. It is that will to resist, which underlies one of our foremost scholars to aptly describe us as an “island of conflict’’.

The Fedon Rebellion — the most significant slavery-era revolt in the English-speaking Caribbean, and second only to the Haitian revolution in the wider Caribbean — is worthy of reenacting. It is far more significant than the Berbice revolt in Guyana, the Barbados 1816 uprising, and the Maroon skirmishes in Jamaica that we had to study for CXC exams back in my time. Indeed, the leadership of the Haitian revolution benefited from Grenadian wisdom and the Grenadian spirit of resistance.

The National Heritage Committee must acknowledge that they erred. I know the chairperson of the committee and she is a really nice person who means well. However, on matters of national heritage, she may want to defer to someone more steeped in the history of our people.

Jerry Edwin wrote, “Enslaved persons put their lives for the bridge we travelled, on the way to reach freedom since 1834 to now.’’ I concur!

Slavery of African people must never be reenacted. Never!

NOW Grenada is not responsible for the opinions, statements or media content presented by contributors. In case of abuse, click here to report.
Tags: arley gillcolonialismcultureheritagekeith mitchellnational heritage committeeriver antoineslaveslavery
Next Post 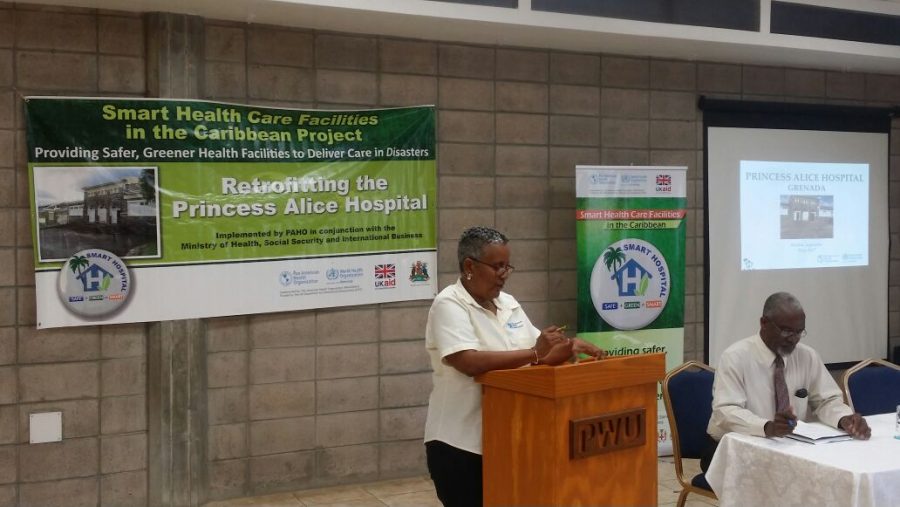 Princess Alice Hospital to Be Upgraded to a Green Facility