New Caretaker To Be Announced For Carriacou And Petite Martinique

New Caretaker To Be Announced For Carriacou And Petite Martinique

The ruling New National Party (NNP) will be appointing a new caretaker for the constituency of Carriacou and Petite Martinique because the politician who won that constituency on behalf of NNP since 1999 has informed his support group that he will be bowing out of frontline politics.

Elvin Nimrod made the announcement during a meeting of the support group on Wednesday night. He did not name a direct successor but informed the grouping that 3 persons are in the line-up to be the new caretaker. The 3 are senators Simon Stiell, and Norland Cox both serving the Upper House of Parliament, while the 3rd is newcomer Kendra Mathurine-Stewart.

The 3 will be pitching their plans to the support group and the executive at a meeting on Friday night, and the decision is expected to be made by the national executive of the New National Party.

Nimrod, a lawyer by profession, entered politics as an independent candidate in 1995. He lost the constituent by 12 votes to then National Democratic Congress’ Joan Purcell by 12 votes. The NNP won that election and he was invited to be part of the NNP administration. He contested the 1999 general election and beating Purcell by more than 200 votes. He received 1282 of the votes cast while Purcell received 1021.

Since 1999 he has won the constituency for the NNP. He has served as the minister for various ministries including Legal Affairs, Labour and Foreign Affairs. However, his priority ministry was the Ministry of Carriacou and Petite Martinique Affairs.

Steele is replacing Member of Parliament for the area Alexandria Otway-Noel who resigned from her role as a government minister earlier in the year. She has indicated that she will not be contesting the seat as an independent or for another political party but plans to work along with the NNP.

At present, the major parties are mobilising supporters and canvassing the voters’ lists, while newly formed parties are launching.

The Parliamentary Elections Office has confirmed that more than 5 symbols were sent for approval for use while 2 new formed minority parties have presented themselves to the general public. 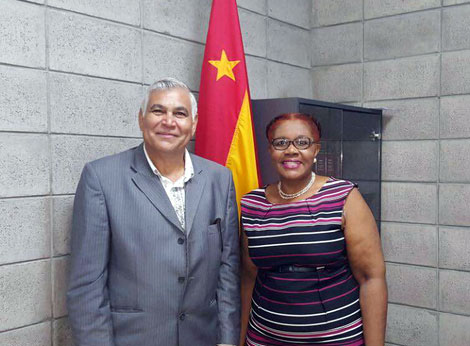