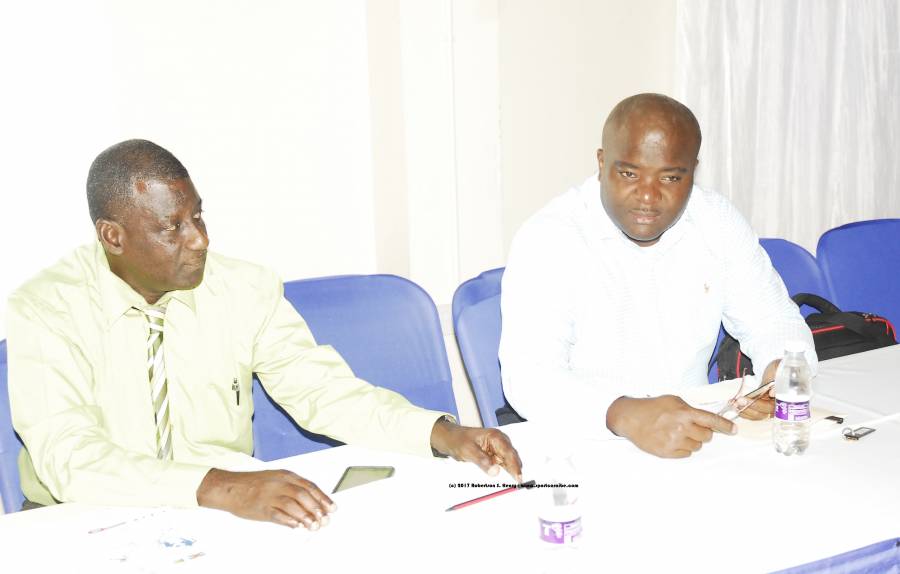 This story was posted 5 years ago
in General News, Sports
3 min. read

Government officials from the 4 Windward Islands are in Preparatory Meeting at the Murray Heights Hotel in Kingstown from 25 to 26 May for the 2017 CBD/WINLOTT Windward Islands School Games (WISG).

Delegates on Thursday morning were reminded of the importance of the Windward Islands Schools Games to the 4 islands, which are being hosted under the theme – Four Teams, One Dream. This reminder came from Elizabeth Walker, Deputy Chief Education Officer in St Vincent and the Grenadines Ministry of Education, as she spoke at Thursday morning’s opening ceremony.

She said that the theme “reaffirms our oneness as a region and our commitment to the holistic development of our region’s people. We as Caribbean people have come to realise more compellingly the power of sports and the important role that it plays as a tool for enhancing cultural ldiversity, and fostering unity across borders.” She pointed out that it will be the collective will of all that will ensure the success of the 2017 CBN/WINLOTT Windward Islands School Games.

Chairman of WINLOTT Murray Bullock reaffirmed the sponsorship of WINLOTT as the main sponsor, and the support from Canadian Bank Note (CBN) in the region of $200,000.00 in cash, along with the provision of kits for the participating teams and officials.

Each territorial National Lottery Authority provides $50,000 to local participants in the Games, while the host country is the recipient of the $200,000 from CBN.

According to Bullock, the task of the host country goes beyond the CBN sponsorship grant, and that “The host Government is always called upon to provide substantial supporting resources.”

According to Murray, those statements were made “bearing in mind the lack of any forward movement, and there might be differing views, but we at WINLOTT are not satisfied that the games are producing as they should.

We have always taken the view that we need to make changes. We have also taken the view that there should be a Standing Committee established to provide leadership and direction, and overall management of the games which would be passed on to the local organising committee.”

He added that the games expose the talent of the student-athletes to scouts, “and in that line, we need to think seriously about establishing a website we can highlight the athletes.

“Technology is what it is and scouts no longer physically go to locations. They surf the internet and look at what is there.”

Bullock lamented WINLOTT’s unhappiness with the public support for the Windward Islands School Games — and it is not just a Vincentian problem.

The standing committee was established in April 2017 when delegates met in Grenada to discuss preparation for the 2017 Games, and it was expected that the relevant persons including the media, would have been briefed on such a development. Every year demands are on the increase on the organising committee and by extension the host Government and the sponsors for funding.

The meeting is expected

The meeting will also discuss the participating teams’ responsibilities and Code of Conduct, with a press briefing scheduled to be held on Friday morning, before visits are paid to competition venues.

Other speakers at Thursday morning’s opening ceremony were Minister for Sports, Tourism, and Culture Honourable Cecil Mckie, and Parliamentary Secretary in the Ministry of Education Senator Deborah Charles.