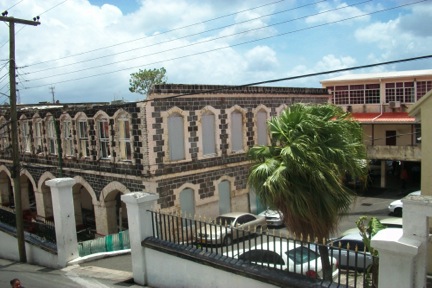 This story was posted 5 years ago
in Arts/Culture/Entertainment, OPINION/COMMENTARY
7 min. read

Hats off to the Willie Redhead Foundation (tWRF) for the outstanding work they have been doing on the preservation of our architectural heritage, for the past 24 years, they have done a marvellous job always being proactive and advocating for our built heritage, landmarks and monuments to be protected.

I want to congratulate our Chairman Samuel “Tim” Byam for his outstanding works as the foundation president. I’m a very proud member of that foundation, and I must say congrats to all the pioneers for a job well done over the years. The founding members were Norris Mitchell immediate past President, the late Leslie Pierre, Ray Smith former first President of Caribbean Broadcasting Union, the late Alister Hughes, Joseph Antoine and Arnold Cruickshank.

I salute all those fallen heroes, and all those alive that may have impacted or influence us in some way or the other thank you for your contributions. Norris Mitchell, you are a true soldier worthy of being recognised for your contributions and loyalty, you have always been at the forefront of the foundation laying all the ground works. I admire your courage and strength sir, you are a great example of what every true leader should aspire to be.

It’s always good to see that there are reputable foundations around like tWRF who still care about the preservation of our architectural and built heritage. Preserving the little that we have left, that means history to us as a nation, and as a people, the Town of St George is rich in history and architectural details. What makes the Town of St George beautiful and is most recognised as one of the prettiest towns in the Caribbean is its architectural beauty, the gable rooftops especially the slate or fish scale types, the Georgian architecture and rich French influence makes the town of St George unique and special in so many ways.

We have many reasons to celebrate our architectural heritage. There must be greater pride, being proud of our heritage as patriotic Grenadians. I believe more could be done to preserve what we have. Our very own Governor General Dame Cecile La Grenade had pledged to take a firm stand and preserve our architectural heritage in her throne speech, on becoming Governor General of the tri-island state of Grenada Carriacou and Petite Martinique. You being the Queen’s representative the highest in the land, I think you should live up to the expectation of being an advocate for the preservation of built heritage. The tWRF needs you to take more affirmative actions join with us as we fight to help save our history.

A few years back an historic building was torn down right in the middle of the town of St George. It was the building housing Ideal Restaurant outlet and Dr Crofton Stroude’s dental office. That space is now occupied by a 3-story commercial building, and I am sure that the bricks were not salvaged, but dumped somewhere unknown. I believe that should’ve never been allowed to happen. Madam Governor General we are kindly asking for your support and assistance in keeping the dreams of the tWRF alive. Please stand with us. Together we all can be advocates for change and make a difference so others can follow in our footsteps. Many of our historical buildings have now become derelict and left in ruins — for example Parliament Building, which is known as York House on upper Church Street, was built as a residence in 1780s for the Deponthieu family. The Governor General’s residence on upper Lucas Street, also suffered the same fate. That home played a very important role entertaining the island’s elite. Those of you who can remember, the movie Island in the Sun was filmed there. The Anglican Church was also left in ruins and now work is 98% complete. The Presbyterian Kirk on Grand Etang Road is still seeking funding for rebuilding. The building once housing the National Library is now falling apart. Restoration is badly needed on these derelicts buildings ASAP.

The government and other NGOs need to come forward with funds to restore these architectural beauties back to its glory again. Thanks to the Sacred Military Constantinian Order of Saint George and Sir Anthony Bailey for their generous contributions towards the restoration of the National Library and the GG’s residence. We are waiting and watching patiently to see things materialise.

We the members of the tWRF are very grateful because we were also seeking donations from out in the diaspora to help restore the library and York House. I love my country, but I hate to see what is happening to our historic buildings. I want to see laws enacted and legislation in place to protect what we have. Those are part of history that we cannot erase and as we celebrate the Sentinel please show some sense of awareness and let us appreciate our built heritage more.

Grenada’s culture is slowly dwindling in the twilight. The things that used to be ours the culture, the customs that we truly embraced, have gone out the back door. It’s like throwing the bath water out along with the baby.

Our carnival has now become a showcase of vulgarity and nudity. I can’t believe this is the standards our level our culture has dropped to. It’s a shame and disgrace. Going to carnival as a child was enjoyable. I remember the memorable days when culture was culture and we really appreciated what we had to showcase as a nation. Questions keep coming to my mind where we went wrong and I’m often doing soul searching, asking where has the dog mas, mud mas, Wild Indians, fancy sailors and dancing to sweet pan music gone? We have lost so many of our traditions that truly made carnival what it was in the past. I know many may say this is a new generation and things changed, but are we willing to forfeit our culture and traditions for a generation that has little or no respect for the things we value as our cultural heritage, shaping and making us who we are as a nation and as a people.

I am holding no grudges against anyone, but it is heartbreaking to see how we have allowed the whole cultural structure to crumble. The essence of it has faded, morals, values and standards have fallen drastically. The question is why have we allowed this to happen?

Our standards in calypso and soca have become deplorable. It’s like no one is taking the time to write properly anymore, and folks that arrange these songs are not making it better. Instead of improving and trying to give these artists international standards they are just taking money and producing loads of crap and yet they called themselves musical arrangers.

I am no expert in English but in these songs the lyrical content is bad. Most of these songs are always about some woman’s anatomy or genital parts and what makes it even more disgusting is that these women come out to the shows and dance to those songs displaying their best behaviours. How can any woman allow herself to be disrespected in such vulgar ways, yet support these artists? Any man that does that has no respect for his mother, wife and women in general.

I think that GNOW and the various women’s organisations should stand up against it until something better can be produced. Time to make sure that this kind of lyrical content does not hit the airways. I think the calypso association and other bodies involved should do something to lift the standards of music here because there is too much crap on the radio getting too much airtime.

I say this with no apology. This is what I call constructive criticism. Take it or leave it. I believe in giving everyone a fair chance to showcase what he/she can do in a talented way, but please if you going to do something take your time and write a proper soca or calypso that you can be proud of. The persons listening to it can say “yes that is music with great lyrical content well put together.” Do you know how proud you will be to hear those words for its motivation at a high level? You will be inspired to do even a better job next time around.

I do support the young artistes, but we need more leadership from the stalwarts and the veterans calypsonians. Teach the young folks some of the tricks from your book because our standard has fallen badly in my view.

I think Grenada has the lowest standards in music. We must always remember we cannot always write how we speak especially the colloquial country or town twang. When a song is produced you’ve got to always think of the international market, and they demand better standards because you never know when fame will befall anyone of you. Therefore as an artist the privilege might be yours to represent your country abroad regionally or internationally. So you must be prepared at all times.

A word from the wise, please pull up on your socks, and don’t say I can’t, but rather say I can, because I have got what it takes to bring out the champion in me. Tell yourself that every day and you will see how far you shall go. It’s time to think outside of the box and look beyond the horizon and take Grenada’s culture further than hope itself. I must say kudos to artist Lil Vaughn affectionately known in the music industry, whose real name is Jevaughn John, for the bold step he took in partnering with Spice Concoction a few years ago, to develop his entertainment service. Congratulation, it’s a great move from being an amateur to becoming a professional. As the old saying goes, you hit the nail right on the head. You have now secured a sound future in the music industry. I listened to you being interviewed and I must say you are a “well spoken young man,” and you are very knowledgeable enough to know what you are out to achieve from the music industry. Many successes to you and congrats. I wish many others can follow in his footsteps to take the music industry higher.

NOW Grenada is not responsible for the opinions, statements or media content presented by contributors. In case of abuse, click here to report.
Tags: architecturebrian josephheritagelandmarktown of st georgetwrfwillie redhead foundation
Next Post 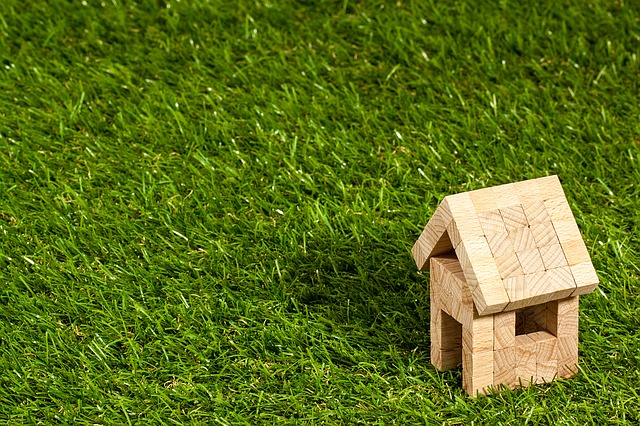