Many years ago, I followed a story which was on all major American television networks involving Anita Hill and Clarence Thomas.

Clarence Thomas, a black man, was nominated to be a judge on the highest court in the United States of America. Anita Hill, a black woman, worked for Thomas when he was head of the Equal Employment Opportunity Commission, a federal body charged with the responsibility — under America’s Civil Rights Act — of enforcing equality in the workplace in the US.

Ms Hill alleged that while working with Mr Thomas, he sexually harassed her by making some inappropriate advances towards her. She had told some friends at the time the incidents allegedly occurred. And when Thomas’s Supreme Court nomination came up, her friends “spilled the beans.’’ As a consequence, she was invited to testify before the Senate Judiciary Committee that shouldered the responsibility of confirming — or not confirming — Mr Thomas to the court. I remember it as if it were yesterday.

I remember adults in my community being annoyed with Ms Hill because, as far they were concerned, what they were witnessing was a black woman trying to “bring down’’ a black man. They never wanted to believe Ms Hill. Clarence Thomas was eventually confirmed, and he still serves on the Supreme Court of the USA. Actually, it is a lifetime appointment.

What this Clarence Thomas/Anita Hill case did was really to create an awareness of how women were treated in the workplace. Years later, several allegations were made against then US President Bill Clinton and those accusations further highlighted the issue of women’s workplace treatment.

In the US there is a piece of legislation which is referred to as “Title VII’’ of the Civil Rights Act of 1964; it prohibits sexual harassment in the workplace (among other categories). Sexual harassment consists of unwelcome sexual advances, requests for sexual favours, or other verbal and physical acts of a sexual or sex-based nature where:

1. Submission to such conduct is made, either explicitly or implicitly, as a term or condition of an individual’s employment;

2. An employment decision is based on an individual’s acceptance or rejection of such conduct; or

3. Such conduct interferes with an individual’s work performance or creates an intimidating, hostile, or offensive working environment.

It is also unlawful to retaliate against someone for reporting these offences.

Now, there is no equivalent bit of legislation in Grenada and most Caribbean islands. We do have laws against rape and sexual assault that are criminal offences. However, there is nothing that deals with improper sexual advances in the workplace.

In the Caribbean, I am of the view that the most significant act of awareness of sexual harassment is that calypso classic sung by Singing Sandra, “Sexy Employers.’’ The song, which Sandra rendered at last Sunday’s Master of Calypso concert in Grenada, is most commonly known as, “Die With My Dignity’’. In the song, Sandra chronicles some of the unsavoury things women have to go through to get a job. It must be noted, that the harassment continues in women trying to retain their jobs, in getting promotion on the job, and in obtaining fair wages.

No doubt, there are highly successful Caribbean women in politics, law, business, medicine, sports and in most fields of endeavour. However, it does not take away from the fact that our women have been discriminated against and sexual harassment continues today; whether it be sexist jokes in the workplace, flirty comments about them and so on. Our women have risen, despite all these challenges.

It is my considered view, that future generations of our women should not go through these struggles; and, it is a good time for our legislators to start addressing these issues. Laws should be passed to prevent and protect our women from these challenges.

Of course, we — the men of Grenada and the Caribbean — must discipline ourselves and behave accordingly, although we are certain that there always will be those among us who may wish and try to continue disrespecting women.

But, we must put a legal end to it. Now!

NOW Grenada is not responsible for the opinions, statements or media content presented by contributors. In case of abuse, click here to report.
Tags: anita hillarley gillassaultcalypsocaribbeanclarence thomascriminal offencediscriminationharassmentrapesinging sandrawomenworkplace
Next Post 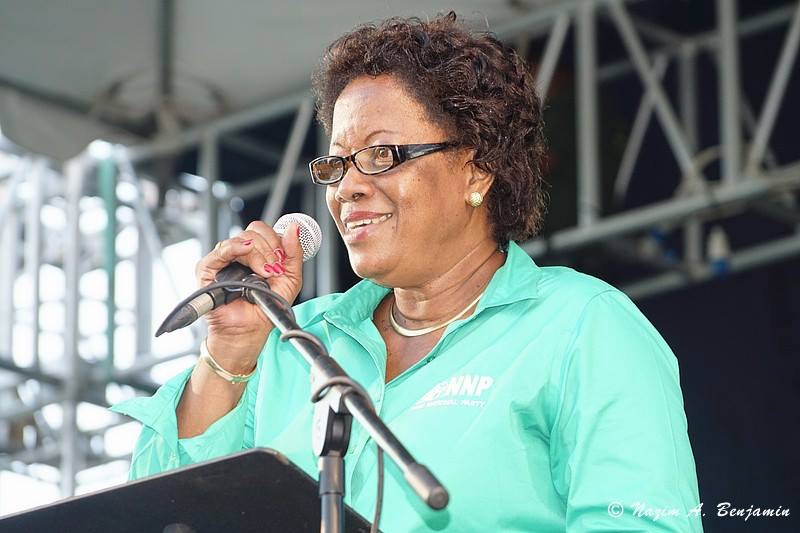