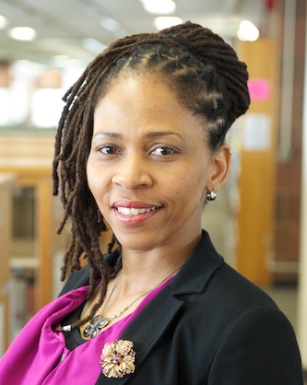 The Institute for People’s Enlightenment (IPE) in collaboration with the UWI Open Campus, Grenada announces the 2017 Annual Commemorative Emancipation Lecture on the theme: “The significance of preserving Grenada’s historical heritage and culture: Why sound national policy and community involvement matters.”

Grenadian born, Dr Paula V Saunders from Maran, St John will deliver the lecture. Saunders is Associate Professor of Anthropology at CUNY, the City University of New York, USA. The Emancipation Lecture will focus on the importance of historical and heritage monuments, documentation, make suggestions for policies and examine the important role of communities in the preservation of the Grenadian heritage.

The Grenada National Museum will collaborate on an accompanying Emancipation Poster Exhibit, which will open Monday,17 July. Directed by Saunders under the theme “The plantation landscape and industrial heritage of Grenada,” the exhibit is intended to showcase Grenada’s 18th-century plantation landscape and industrial remains from the Plantation era. The exhibit will be open to the public until 25 August.

Saunders migrated with her family to New York where she completed her junior and senior high school education. She attended Syracuse University where she received dual major degrees in Anthropology and Advertising, with a minor in African American Studies. Immediately after college, she worked on the African Burial Ground project — the largest African burial ground excavated in the Diaspora. She completed her graduate studies at the University of Texas at Austin, where she received her Doctorate in Anthropology, with specialisation in Archaeology.

As an anthropologically-trained historical archaeologist with a specialisation in African Diaspora Archaeology, her research focuses on the material culture of everyday life, as well as on African-derived ritual practices. For her current research, she has returned home to Grenada, where she is investigating the British settlement on the island after it was ceded from the French in 1763. She is examining the colonial histories of several estates, including Scottish-owned Dougaldston and Waltham Estates, during the 18th and 19th centuries. Her work at Dougaldston examines the period of slavery as well as the post-emancipation period through to the 1970s.

The Institute for People’s Enlightenment Ltd was incorporated as a non-profit company on 8 June 2004 under the Companies Act No 35 of 1994 and is committed to fostering a greater awareness of our heritage and the enlightenment of all people.