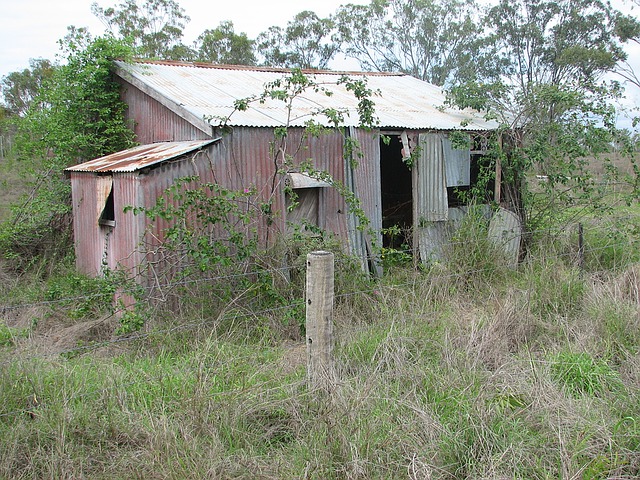 Gandhi once said, “The world has enough for everybody’s need, not for everybody’s greed.” Poverty Assessments (PA) are key instruments of the World Bank’s poverty reduction strategy. They are designed to assess the extent and causes of poverty in a given country and to propose a strategy to ameliorate its effects.

I’m convinced that there is a high level of poverty existing in Grenada based on living conditions, despite the statistical reports, I don’t think the true extent is being revealed. It’s either the reports are falsified or those that they conducted the Poverty Assessment Survey on are not being true, because only certain communities are labelled as poverty stricken, and to me that is ridiculous. I wonder how many of us believe ‘poverty exists by design’? We should work to end this as soon as possible.

I have been all over doing my own little analysis and so much has been revealed. Many communities within the various parishes are experiencing some high level of poverty. In other to understand another person’s plight you have to place yourself in their situation to really feel the gist of how it is to live in poverty. Answering a few questions from those conducting surveys don’t really reveal the true extent of the poverty level. Those relevant folks in authority need to meet the with individuals especially the poor and vulnerable, having “one and one” and they would be amazed or what they can learn. I’m throwing this challenge to those out there who beg to differ because only then you can get a first-hand view of what it’s like.

There are other organisations like USAID and UNDP who are also conducting Poverty Assessment in the international community. USAID Poverty Assessment Tools (PATs) are free, easy to use tools for assessing poverty levels of any group of people. Development practitioners use PATs to assess their success at reaching out to poor and very poor people, to compare poverty levels of those who are engaged in different practice areas, or track changes in poverty level over time. We need to take a stroll in the rural areas all over Grenada and we will see how much families are struggling in providing basic needs for their household. I don’t know how government conducts their poverty assessment survey and what method was used, but I make my judgement by what I see with my naked eyes and interacting with people on a daily basis. Government statistics report might prove otherwise based on their methodology.

I know the World Bank usually conducts poverty analyses, in the following areas

Reports circulating States and I quote: “Economic stagnation have halted social progress, and the region needs to spur the economic recovery and find new engines of growth to reduce poverty and boost prosperity further.” The data must include a household consumption expenditure or income benchmark data by which to classify households as truly very poor or not very-poor, along with indicators about the household (on demographics, housing characteristics, consumer durables or assets owned, and other categories).

Having a shelter doesn’t disqualify anyone from living under the poverty line because it’s the circumstances of which you are living under that counts. I firmly believe there is a high level of poverty and indigence in this beautiful country of ours. Can the following improve living conditions, reduce or eliminate poverty from within our communities. Can infrastructure expansion in terms of access roads, water supply, electricity and low-income housing solve the issues? Expansions of secondary education places, and upgrading of quality primary and secondary education, can these be the solutions? To be honest I don’t know how infrastructures can reduce or eradicate poverty because I’m not too convinced.

Many European, Asian, Caribbean and Latin American countries have developed huge concrete jungles especially in places like China where empty cities lie standing and yet millions are still living in poverty. Nelson Mandela said and I quote: “The problem, unfortunately, is the greed of those who are not suffering in poverty (and are not necessarily rich).” There’s an entire ‘industry’ built around poverty reduction that looks only at the symptoms, but not the root causes.

Our mindset as a people needs to change and that’s where the obstacles are manifesting themselves. Our people seldom practices good money management until we are willing to address those hot bottom issues we would get nowhere as a Small Developing State nation. Some say poverty is crime but it goes way beyond just being a criminal act, it’s a state of mind. Furthermore it can be mental for many and others it could be due to socioeconomic problem created by the system and petit bourgeoisie. A lot of socioeconomic issues that we are experiencing in today’s society were created by authoritarians whose main aim and objective are keeping our people disenfranchised by creating a de facto system through class warfare. We have to teach people to live within their means and we must ensure that individuals must not bite more than they can chew.

Under de facto slavery conditions with minimum wage salaries, lots of basic needs cannot be met. They might have a job which somewhat might improve living conditions, but that doesn’t necessarily mean they are not living below the poverty line. It’s vital that we teach empowerment to all, especially our fishermen and farmers and we must encourage them to form cooperatives because It will provide for uncertainty and it help in reducing poverty. It is estimated that 25% of the population is unemployed. Unemployment is a major factor contributing to ongoing rural poverty in Grenada. The country has one of the highest unemployment rates in the Caribbean. Governments/businesses are inherently selfish so the changes that we seek are considerable. We have to begin to admit this in our efforts to reduce poverty. Morally, it is unacceptable that there are many people who live in the abject/dire conditions that they are forced into. We should never lose sight of that and it all trickles down to socioeconomic issues.

According to the World Bank, 32% of Grenada’s 107,000 people are considered poor, and 13% are considered extremely poor. Poverty in Grenada is most visible in rural areas because small, rural communities don’t have access to Grenada’s mainstream economy, which relies heavily on international trade for growth. In rural areas, farming is the most common profession, especially among older individuals. A very high percentage of Grenadians are living below the poverty line. So I’m wondering if the poverty reduction programme is working for us here in Grenada, because millions are spent every year, yet our poverty and indigent rate is so high? I have my doubts whether or not it was implemented properly, or in whose pocket are the funds going? Those who benefit from the structures which produce poverty continue to benefit. They don’t want anyone seeking the root cause; it wouldn’t be in their own best interests as they perceive them. It is estimated that 8 million people die each year because they are too poor to survive and yet the tragedy is that with a little help, they could even thrive. We can banish extreme poverty in our generation.

NOW Grenada is not responsible for the opinions, statements or media content presented by contributors. In case of abuse, click here to report.
Tags: assessmentbrian josepheconomiceconomypovertyruralundpunemploymentusaidworld bank
Next Post