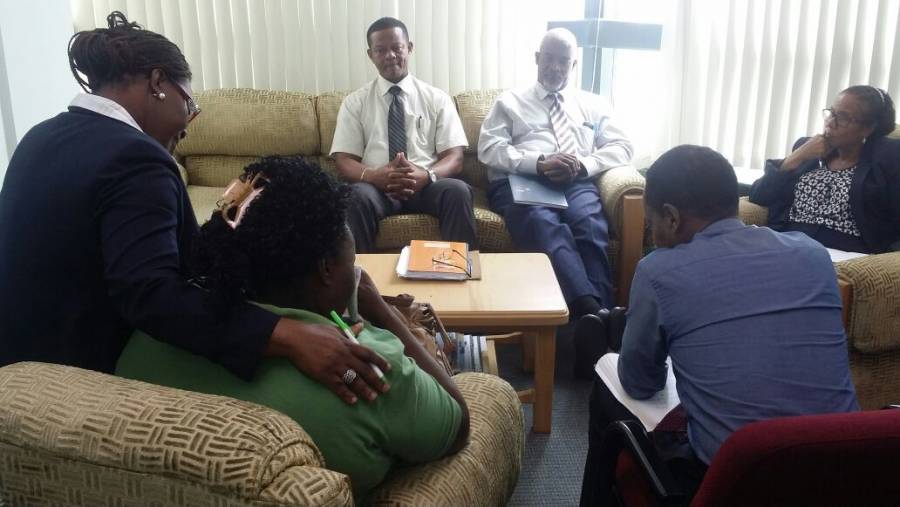 This story was posted 4 years ago
in Community, Health
2 min. read

On Monday senior officials from the Ministry of Health led by Permanent Secretary Pauline Peters, met with a representative of the Alexander family, to officially disclose the findings surrounding Saturday’s incident at the Mt Gay Hospital, in St George, and to offer support and plan the way forward.

“Let me take this opportunity again on behalf of our minister and all of us to offer our sincere condolences to you and your entire family,” PS Peters said, as she informed the family’s representative of the ministry’s plans, and addressed the family’s concerns.

There was an emotional outpouring of support and expressions of sympathy as the family member listened to a summary of the pathology report and the reasons for the ministry’s swift action upon receiving the news of the incident. However, out of an abundance of respect for the grieving families, the ministry reiterated its commitment to work closely with those affected during this difficult period. At Monday’s meeting, PS Peters pledged various forms of support for the family including counselling.

“Ms Alexander, please believe me when I tell you that words cannot begin to express how saddened we are about this rather unfortunate incident. Believe me it has hit us harder than most people would think. First because it happened at our institution and added to that, his sister works right here with us and her husband also works at the said institution, so for us as a ministry we feel that this has hit home and affected the health family.”

Members of the ministry’s Senior Management Team (SMT) met with the staff of the Mt Gay Hospital to address the issue and update the staff on the measures that would be taken in their best interest as well as that of the other patients. GIS can also report that both meetings were productive and the affected families have welcomed the ministry’s interventions thus far, including the kind gestures of support in various forms. 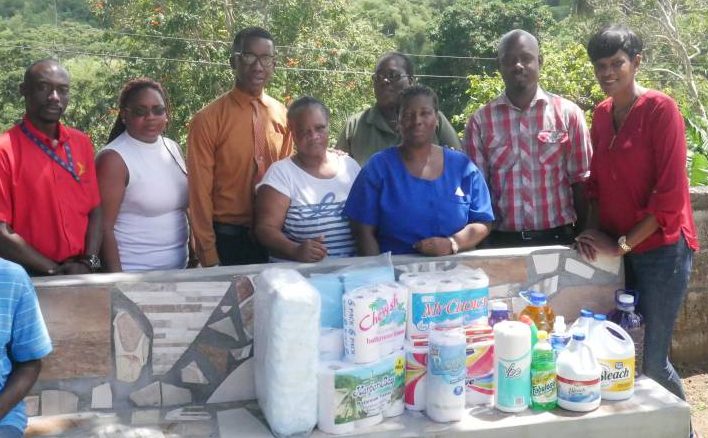