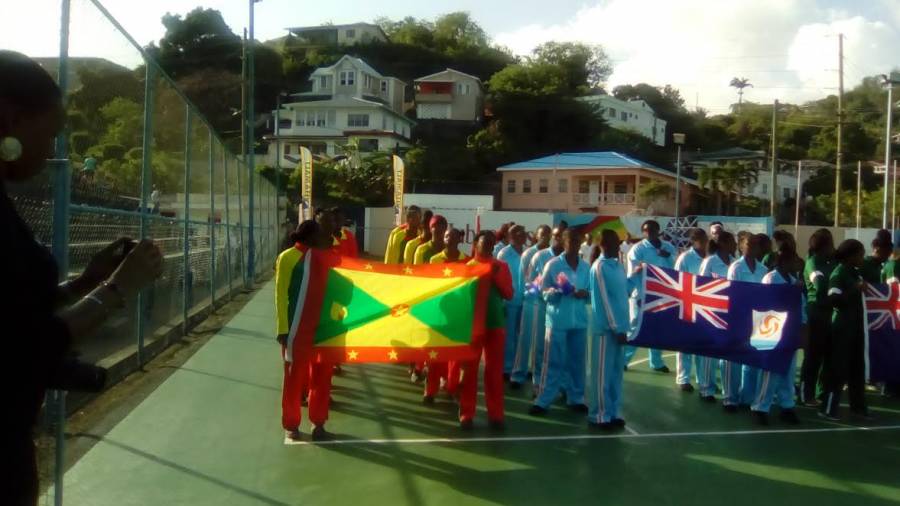 This story was posted 5 years ago
in Sports
4 min. read

Pamela Moses, Parliamentary Secretary in the Ministry of Sports on Friday urged the players in the ECCB/OECS Under 23 Netball Tournament to display positive sportsmanship and at the same time representing their country in a positive manner.

The objective of the tournament, sponsored by Eastern Caribbean Central Bank, is aimed at continued fostering of regional integration through sports. Its representative in Grenada, Linda Felix-Berkeley called on the players to be professional and display positive sportsmanship.

Following the opening ceremony, 3 games were played. In Game 1, St Vincent and the Grenadines gave Montserrat a whipping, while in the game between St Kitts and St Lucia it was game decided, when the last whistle blew.

The ladies from both islands kept the goals at no more than 3 points ahead of each other. At the conclusion, there was a 1-point difference. St Lucia was 44 goals while St Kitts totalled 43.

In the last game on the first day, Grenada thrashed Anguilla 74 to 13.

NOW Grenada is not responsible for the opinions, statements or media content presented by contributors. In case of abuse, click here to report.
Tags: eastern caribbean central bankeccblinda strakerministry of sportsnetballersportsmanship
Next Post