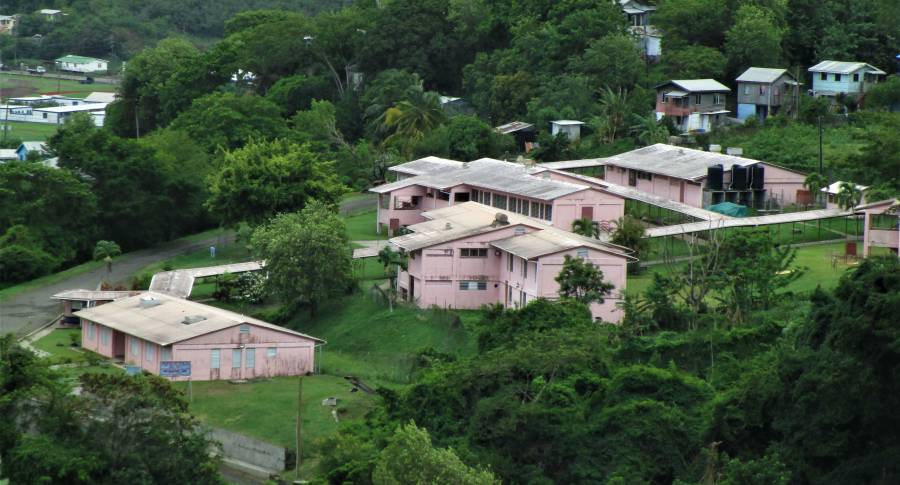 Patient Kills Another at Mental Institution

Patient Kills Another at Mental Institution

Three months after Health Minister Nickolas Steele informed the Lower House of Parliament that there was an overcrowding problem at the island’s lone mental institution, on Sunday, confirmed that a patient has died there as a result of an incident.

“I am very much aware,” he said when asked if he was knowledgeable of the incident, which now has health officials offering counselling and support to the families of both patients and the staff of the institution.

Without providing details of the deceased and the status of the person accused of causing the death, a news release from the Government Information Service (GIS) said that on Saturday, senior officials from the Ministry of Health  reached out to grieving families offering condolences and support.

The cause of death is believed to be as a result of an altercation between 2 patients in the male section of the hospital, where one of the men choked the other, depriving him of oxygen. The Sunday GIS news release indicated the incident is believed to have occurred very early on the morning of 24 June, at the Rathdune Unit of the Mt Gay Mental Hospital.

Rathdune is the area at the Mt Gay facility where first-time patients requiring psychiatric treatment are housed. The unit was formerly housed on the compound of the General Hospital, but was moved to Mt Gay due to inadequate space.

“Health officials are saddened by this rather unfortunate incident and responded quickly to the reports and took additional steps to ensure the continued safety of other patients and staff,” the release said. “Shortly after the incident was brought under control, members of the ministry’s Senior Management Team were out visiting the families of the 2 patients to officially inform them of the occurrence, while at the same time offering all necessary and possible support.”

In March, Steele told Members of the Lower House during its monthly sitting, that the Mt Gay facility was overcrowded, but that the problem was expected to be resolved in the near future. Steele said that once the first phase of the new hospital expansion project is complete, the Rathdune Clinic will be back at the General Hospital compound, and the overcrowding will be history.

“At the completion of the hospital expansion project, there will be adjustment in terms of where some services are located, and we will re-open the Rathdune clinic for first-time admittances,” said Steele.

Financial Sense… Are you in a Financially Abusive Relationship? Pt 1 - Recognising the Signs