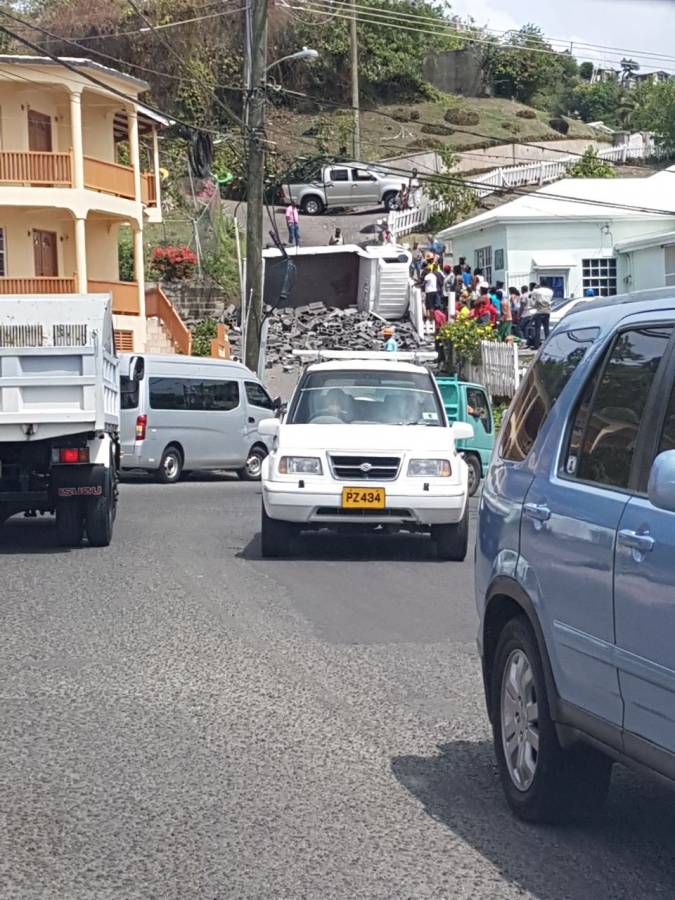 Whataspp photo of the overturned truck, taken by an un-named onlooker in the traffic on the Grand Anse Main Road.
Share

In the early afternoon of Wednesday, 7 June a white truck carrying a load of cement blocks overturned, spilling its contents and blocking access to the Golf Course Road, within yards of the junction with the Grand Anse Main Road, according to a Whatsapp photo taken by an unnamed onlooker in the resultant traffic on the Grand Anse Main road.

Area residents claim that the driver (as yet unnamed) of the truck, drove up the hill and attempted to charged gear on the steep corner bearing left. The truck began rolling backwards, so the driver turned the wheel into the sidewalk/drain, to stop its downwards movement. This manoeuvre shifted the cargo in the tray, unbalancing the vehicle, causing the truck to careen onto its side, emptying its contents onto the road.

It is understood that the driver and 2 occupants of the vehicle were rushed to the General Hospital by ambulance. There is no update at this time as to their condition.

It is also understood that heavy duty equipment from the nearby Silver Sands Resort Project helped to clear the road of the truck and the cement blocks.

The Royal Grenada Police Force (RGPF) are investigating the circumstances of this incident. 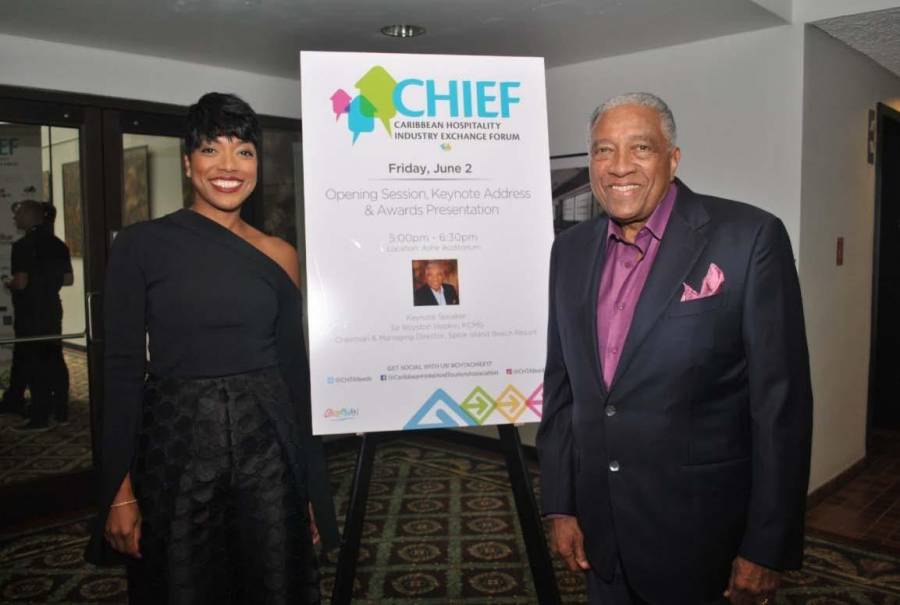