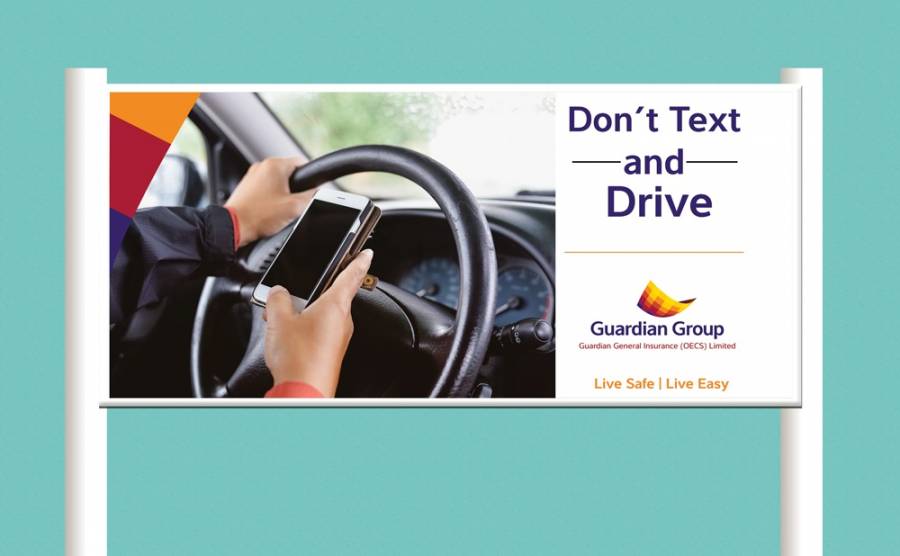 January to May 2017 saw over 700 vehicular accidents reported on Grenada’s roads. Four of this number resulted in 5 fatalities. This alarming overall figure, predominantly contributed to by reckless driving and speeding, can and must be lowered.

These local statistics were mirrored exponentially by those shared at the official opening of the United Nations Global Road Safety Campaign, which ran from 8 – 14 May 2017, and where the strong message conveyed to motorists was, “Save Lives, Slow Down.”

Ronald Hughes, Managing Director of Guardian General Insurance (OECS) Ltd, one of Grenada’s premier insurance service providers, took a keen interest in the campaign. He noted that the week-long event, which focused on important issues as they relate to road safety and ways of reducing fatalities and injuries, was highly informative. The forum reiterated that speeding and distractions contribute to approximately 50% of fatal road traffic accidents in lower and middle income economies, such as Grenada’s.

In keeping with messages from the Global Campaign, Guardian General Insurance (OECS) Ltd, has sought to play its part in encouraging vigilance on the nation’s roads, by placing public reminder billboards in the Springs, St George area, as well as digital billboard reminders throughout the parish. The billboards, which depict everyday practices and unnecessary risks taken by drivers, are hoped to serve as a further wake-up call to the motoring public.

Hughes appeals to our motoring public, to become a nation of more responsible drivers. He said “driving is more than just following the rules of the road, it is also being aware of others around you and your environment. I was particularly sobered by a video I encountered on the internet, dealing with phone usage whilst driving and would encourage everyone to take a few moments to watch it and ponder over the strong message it delivers.”

It is well to keep in mind that negligence with our road safety also impacts negatively on the country’s economy in a number of areas. These range from the arising medical expenses, generally supported by taxpayer dollars; monies required for purchase of car parts outside of the country, impacting on foreign exchange, and the human resource costs associated with personal injury and the inability to be part of the productive workforce, possibly for an extended period of time.

Hughes finalised his appeal by reminding individuals to avoid becoming complacent regarding road safety issues, particularly during the upcoming festive period, by saying, “this Carnival Season stay alert, be careful, the faster and more carefree you drive, the harder it is to control your vehicle if there is a hazard. If you’re speeding or distracted, or your reactions are impaired by substance or alcohol abuse, your ability to avoid a possible collision is severely inhibited. Drive to Arrive Alive,” he concluded.

NOW Grenada is not responsible for the opinions, statements or media content presented by contributors. In case of abuse, click here to report.
Tags: accidentbillboarddrive to arrive aliveguardian general insuranceroad safety
Next Post