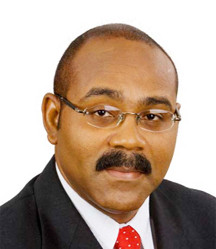 This story was posted 5 years ago
in Cricket, General News
2 min. read

During the 38th meeting of the Caricom Heads of Government, held in Grenada from 4 to 6 July, several issues were raised and addressed. One issue raised was that of the West Indies Cricket Board (WICB), which, according to Prime Minister, Dr Keith Mitchell, there must be a problem with its management.

Referencing the WICB management during the opening ceremony, Dr Mitchell, said, “we do a lot to undermine the very construct of Caricom and regional integration…” and according to him, this is “therefore greatly disheartening to me.” PM Mitchell insisted that in situations especially like these, “we have to call a spade when we see a spade [and] there is an urgent need for us to get back on course.”

Such statements were not taken lightly by some Heads of Government, especially Antigua and Barbuda’s Prime Minister, Hon Gaston Browne, who expressed his disappointment. His departure from Grenada on Wednesday, 5 July due to ‘urgent business of state,’ appeared somewhat disrespectful to the other Heads.

Browne was adamant that Dr Mitchell seems to have a compulsive desire to dissolve the WICB, and Antigua & Barbuda has no interest in interfering with internal affairs of institutions governed by elected officials.

Although Mitchell’s statements about West Indies Cricket were made at the opening ceremony, he indicated at the final media discussion that it was not on the meeting’s agenda, but that Ralph Gonsalves, Prime Minister for St Vincent & the Grenadines, indicated that he intends to do something about revamping the WICB.

NOW Grenada is not responsible for the opinions, statements or media content presented by contributors. In case of abuse, click here to report.
Tags: antigua and barbudacaricomdonella hostengaston browneheads of governmentkeith mitchellralph gonsalveswest indies cricket board
Next Post