Pension Reform has being touted animatedly by the Keith Mitchell’s New National Party (NNP) Government, as a reasonable and realistic solution to the problem of reinstating pensions to public officers.

But; is there really a genuine problem with the overdue and lingering reinstatement of the constitutional State pensions? The answer is a resounding NO; since the Pensions (Disqualification) Act can be repealed as easy as 1-2-3. Furthermore, is there any justification for what is being peddled as tough consequences or as financial challenges on the reinstatement of the pensions? No, No, No; none at all. Most disingenuous and ridiculous is for the government to affix the reinstatement of State pensions to Pension Reform, and thereby making the issue of pensions for public officers complex and confusing than it really is.

The government has a fiduciary responsibility to come clean and clear concerning its policy-objectives on Pension Reform. In fact, Prime Minister Mitchell needs to explain to the nation what is the difficulty that he refers to, when he said that the International Monetary Fund (IMF) knows that his government has a difficulty with Pension Reform and that they, (IMF) promise to provide all the technical support; this is in accordance with the April 2017 News pronouncement, “IMF to assist with Pension Reform in Grenada”, which can be read on the internet. No doubt, the issue of Pension Reform as well as that of a National Health Insurance will be prominent ploys of the NNP for the upcoming general elections (2017/2018); also review the internet-circulated article “New Targets for Pensions to Public Officers in Grenada”.

Pension Reform must be viewed in the broadest sense which is applicable to all pensioners and retirees within the jurisdiction of Grenada, and should not be specific to public officers. To confine Pension Reform to public officers is to continue attacking their constitutional entitlement and future welfare. The scheme by the government then would be about seeking constitutional reform with respect to the provisions of sections 92 and 93 of the Constitution, which speaks to the rights of public officers to State pensions. This scheme would also be about passing radical changes to the pertinent pensions laws. The unexpected hurt which the 2015 Fiscal Responsibility Act inflicts to public officers and their trade unions should place them on alert as never before, for any scheme presented by the government on their pensions issue. Moreover, the quest to have the Caribbean Court of Justice (CCJ) as Grenada’s final appellate court must never be seen in isolation to denying public officers their State pensions.

Any Pension Reform scheme to be finalised in Grenada, addressing statutory provisions on pensions-benefits for public officers, must never be tolerated, without a full study of the related situations existing for public officers in the other Caribbean countries and without the implementation of harmonised efforts to achieve a necessary and constructive goal. In this way, the meaning and reality of the Caribbean Single Market and Economy (CSME) would come more to light. The record would show that public officers in Grenada are most abused and are most disadvantaged in terms of socio-economic prosperity and educational and professional opportunity, amongst their counterparts in the region. How different is the constitutional construct of the public service in those other countries? Pointedly, are state pensions not provided for, and/or not delivered to, government workers in those countries?

Pension Reform has an international genesis and dictate, which relates to the economics of the global social security system.Former Prime Minister Tillman Thomas, made the salient point on 21 July 2011 at the occasion of a National Symposium on ‘Pension and Pension Reform,’ that Pension Reform is a germane policy issue that is currently attracting the attention of many countries around the world, which is mainly due to the ageing crisis occurring across the globe. Thomas cited the extension of the retirement age in France to assert how many developing countries are challenged to meet pension requirements. In Grenada, Pension Reform is rooted in the process of Public Service Sector Reform which dates back to 1987, being spurred and assisted by international institutions such as the World Bank as well as the IMF. According to Thomas, the Reform ought to be viewed within the context of modernisation of the public service and the adoption of the best available practices in modern management.

It should be very much apparent that the failure to repeal the 1983 Disqualification Act has the blessings of the international economic and funding community including Developed Nations; and this is being disguised in the touted Pension Reform. Tillman Thomas’ Government (2008 – 2013) of the National Democratic Congress (NDC) have also been absorbed in the ‘moral and legal’ injustice to public officers and by extension in a conspiracy against the State, by not immediately and forcefully capitalising from the 2012 Justice Finlay judgement on the Hermilyn Armstrong case, after 13 years of game-playing by Keith Mitchell’s NNP Government (1995 – 2008). Although there are aspects which need to be clarified and/or challenged, the Judgement gives a sound platform for repealing the Act and for regularising state pensions.

Instead of demonstrating proactive and sovereign response to Finlay’s judgement, the NDC Government individualised the court case and the judgement; and this further goes to give persons as Sir Lawrence A Joseph an opening to attempt to verify the Disqualification Act. Would the Pension Reform result in having every retiring public officer required to prove his/her constitutional entitlement in a court of law, in order to receive a gratuity and pensions from the State? Moreover, would the Reform legitimise the gruesome conduct by the Government to integrate the pensions payable to public officers by the National Insurance Scheme (NIS) with their pensions earned from the State? Would a limit on pensions be had?

All local workers in the private and public sectors of Grenada must not be complacent on Pension Reform, by having the perception that it is only about public officers; this perception is the intent of the Government to deceive the people and to advance an external agenda which would not be in the interest of the people. At the same time, the Government seeks sympathy from the people and stifles solidarity by the other workers and sectors for public officers on the struggle for the reinstatement of their State pensions. Pension Reform may well mean some loss of pensions and retirement benefits from contributory insurance plans/social security funds designed by various companies for their workers. This may also affect the pensions received by returning nationals from working abroad, as well as those persons who are receiving more than one sources of pensions, based on their various past engagements.

What is the definition and extent of the NNP’s Pension Reform? Is it a comprehensive and holistic mechanism, touching all pension issues including the Governor General, the parliamentarians, the private sector, the public sector, the NIS, and others such institutions? Moreover, what regulatory adherence would be realised to ensure proper Risk Management of pensions funds, or that there will not be a repetition of the losses of deposits and investments, as has been with ‘collapsed institutions’ as Capital Bank International Limited in Grenada and Colonial Life Insurance Company (Trinidad) Limited? The ‘disarray and disparity’ with pensions is reflected in the previous article, ‘An Open Appeal for Amendment to the Pensions Act 1990.’

Is the National Health Insurance a dimension of, or a detour or distraction from, the so-called Pension Reform, a ploy to escape the real issue of the reinstatement of state pensions? Whatever; Grenada Trades Union Council (GTUC) now has an imperative task to educate and to mobilise its management and workers on all issues, and to consult without being crushed, with the International Labour Organisation (ILO), the Public Services International (PSI), and the International Trade Union Confederation (ITUC) on the Pension Reform touted in Grenada.

NOW Grenada is not responsible for the opinions, statements or media content presented by contributors. In case of abuse, click here to report.
Tags: labournational health insurancepensionpublic officerpublic servicereformstateunion
Next Post 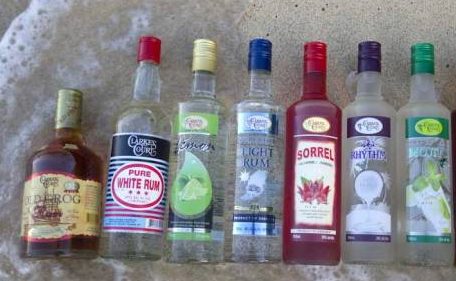