This story was posted 5 years ago
in Education, PRESS RELEASE, Youth
4 min. read

Chevening Scholarships are awarded to individuals with demonstrable leadership potential who also have strong academic backgrounds. The scholarship offers full financial support for future leaders to study for any eligible master’s degree at any UK university whilst gaining access to a wide range of exclusive academic, professional, and cultural events.

There are more than 1,500 scholarships on offer globally for the 2018/2019 academic year, representing a significant investment from the UK Government towards developing the leaders of tomorrow.

British High Commissioner to Barbados and the Eastern Caribbean, Janet Douglas, said: ‘The UK continues to play a leading role globally. Home to some of the world’s best universities, brightest students, and most revered academics, the UK’s higher education sector promotes the exchange of information and ideas, as well as the building of knowledge and networks. Chevening Scholars find themselves immersed in that world, and emerge having grown academically, professionally, and personally as a result of their time in the UK.

Over the last 34 years, many others have been selected for a Chevening Scholarship and have subsequently gone on to become respected leaders across a range of sectors. Becoming a part of the Chevening network instills a strong sense of pride and responsibility. I’ve personally seen how this opportunity is able to transform lives.’

Chevening Secretariat Director, Anne Marie Graham, said: ‘We are looking for ambitious, professional, forward-thinking leaders from any walk of life. Although there is no single personality profile for a Chevening Scholar, all of our scholars do have one thing in common; they were bold enough to step forward and apply.

‘If you are chosen for Chevening, you will receive a first-rate UK education which can open doors in your career. You will also become part of the global Chevening Alumni network full of dynamic influencers who have shared the same experience as you will, and can offer mentorship or advice.

There is a lot to potentially gain from submitting a thoughtful application, so if you or someone you know has what it takes to be a Chevening Scholar, I would encourage you to apply before the 7 November deadline.’

Chevening Programme Manager, Louise Thomson, said: ‘Chevening allows you to truly follow your passions by allowing you to choose from over 14,000 eligible courses at over 150 different institutions. Whilst we expect that your experience will be academically fulfilling, you will also enjoy exclusive access to social opportunities to meet new people and travel to new places.

‘You experience Britain’s heritage and history, discuss international policy, and interact with high profile personalities at a range of academic, cultural, and social events.

‘Recent scholars have visited the Houses of Parliament in London, Edinburgh Castle in Scotland, Mount Snowdon in Wales, Old Trafford stadium in Manchester, and the Giant’s Causeway in Northern Ireland. Some have even visited Hogwarts at the film studio where the Harry Potter films were shot.

‘It’s a challenging year of intense growth for our scholars in the UK. Their academic knowledge deepens, their networks expand, and their ambitions grow, leaving them motivated to return home and strive for progress.’

The call for new applicants follows the selection of 7 scholars from Barbados and the Eastern Caribbean, who won an award to study at a UK university this year. Many of last year’s successful applicants have been sharing their stories through the #ChosenForChevening hashtag on Twitter and Instagram.

Chevening Scholarships are the UK Government’s global scholarship programme, funded by the Foreign and Commonwealth Office (FCO) and partner organisations. The scholarships support study at UK universities – mostly one year taught master’s degrees – for individuals with demonstrable potential to become future leaders, decision-makers, and opinion formers. Chevening began in 1983 and has developed into a prestigious international awards scheme. Chevening Scholars come from over 160 countries and territories worldwide (excluding the USA and the EU), and more than 1,500 scholarships were awarded in 2017/2018. There are over 48,000 Chevening Alumni around the world who comprise an influential and highly regarded global network.

The name ‘Chevening’ comes from Chevening House in Sevenoaks, Kent – currently the joint official residence of the UK’s Foreign Secretary. More information is available at www.chevening.org.

NOW Grenada is not responsible for the opinions, statements or media content presented by contributors. In case of abuse, click here to report.
Tags: cheveningleadersnetworkscholarsscholarshipuk
Next Post 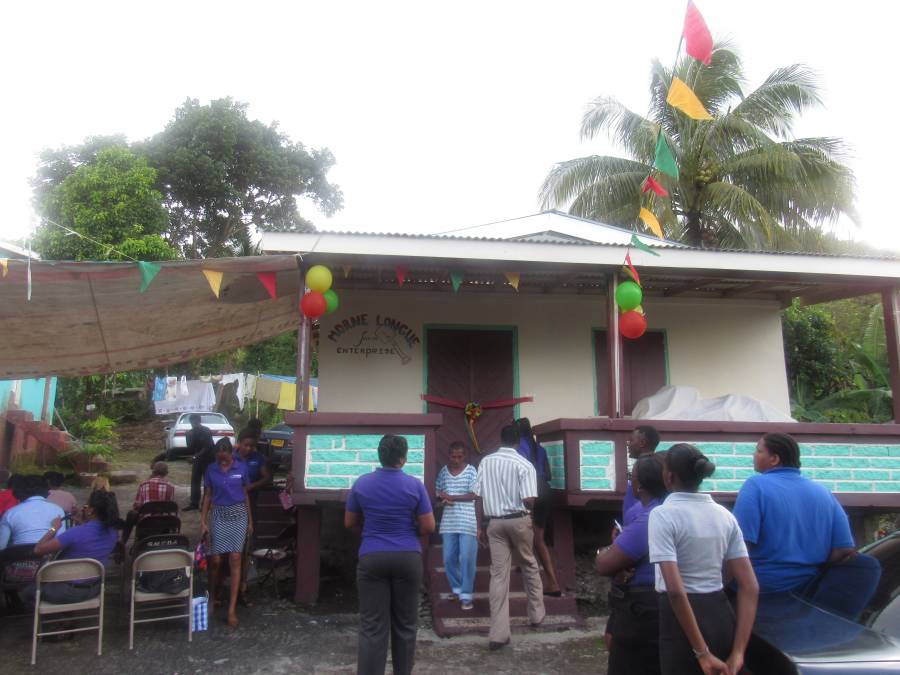