This story was posted 5 years ago
in Athletics, PRESS RELEASE
2 min. read

Prime Minister Mitchell assumed the role of Chairman of Caricom from 1 July 2017 and his 6-month term ends on 31 December 2017.

“As Chairman of Caricom, I take this opportunity to recognise all the athletes from Caribbean nations who participated in the World Championships and who brought the attention of the world to our region.

The entire Caribbean is extremely proud of your performances in London particularly the Trinidad and Tobago Men’s 4x400m Relay team which upstaged the United States as champions of the event for the first time since 2003.

Also, the accomplishment of Akeem Stewart of Trinidad and Tobago who set a world record in the Javelin at the World Para Athletics Championships in London which preceded the World Championships.

I extend very best wishes to Usain Bolt as he transitions away from athletics. Caricom is expected to announce at a future date the deserving recognition to both him and other athletes who have made their contribution to the sport.

Allow me to recognise his successes, the service, pride and happiness that Bolt has brought to the people of the Caribbean as he ends an illustrious career in track.

The success of our athletes reinforces the importance of sports tourism as a viable pillar of economic development to the region.

We in Grenada appreciate what the successes on the international level can do for our people as experienced by our own Kirani James’ successes at the Olympic Games and World Championships.

We have seen an increase in the number of international track and field meets in the Caribbean from Guyana in the south to Bermuda in the north.

It’s noteworthy that 31 of the athletes who participated in London were in Grenada to open their 2017 season in preparation for the World Championships.

The region in recent years has demonstrated a growing list of competitors who are in a great position to be dominant on the world stage. The likes of our own Kirani James and Anderson Peters, Steven Gardiner of the Bahamas, Khalifa St Fort and Jereem Richards of Trinidad and Tobago and Levern Spencer of St Lucia, among others.

I encourage my Caricom colleagues to redouble our efforts in working with local, private and international entities to ensure that we don’t only see sports as an opportunity for development of our nationals but appreciate the immense possibilities, exposure and potential that public/private partnerships can bring to our region.

NOW Grenada is not responsible for the opinions, statements or media content presented by contributors. In case of abuse, click here to report.
Tags: anderson petersathleteathleticscaricomgiskirani jamesolympic gamesusain boltworld championships
Next Post 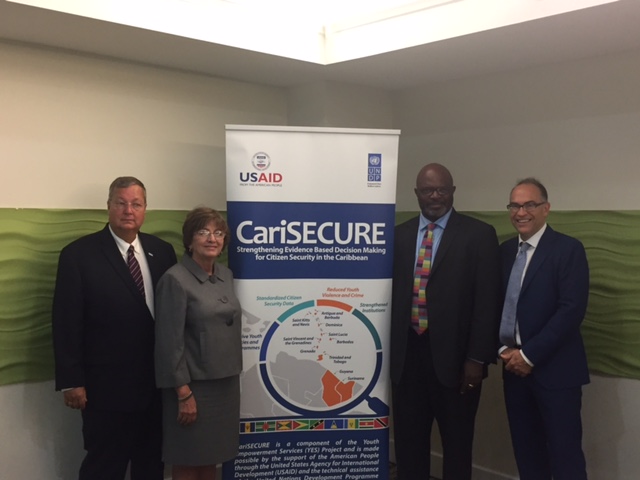