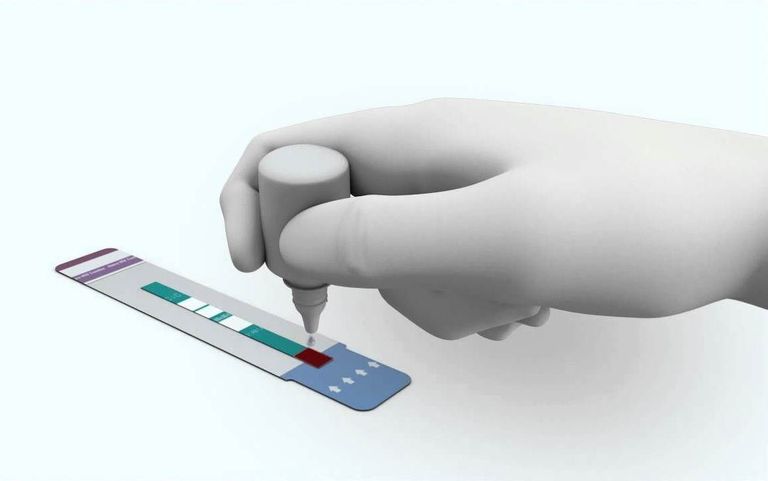 Grenada to Introduce Rapid Testing for HIV and Syphilis

Grenada to Introduce Rapid Testing for HIV and Syphilis

This story was posted 5 years ago
in Health, Video
3 min. read
Share

To reach the vulnerable, marginalised and key populations in Grenada, the Ministry of Health is beginning a pilot programme to provide Rapid Testing for HIV and Syphilis.

According to Dr Francis Martin, Senior Medical Officer at the Ministry of Health, responsible for the National Infectious Diseases Control Unit (NIDCU), Rapid Testing is one of the methods used for testing for the antibodies of HIV.

It is fairly new to the region and provides a person’s results within minutes, as compared to lab testing which usually provides results several days or weeks later.

When asked about the importance of Rapid Testing, Dr Martin noted that “as a region, we are trying to increase the amount of testing that we do. This is also the case nationally, so most persons who are HIV positive will know their status. For this reason, the Rapid Testing has gained prominence.”

The pilot programme, which is expected to be rolled out in a few weeks, will provide the opportunity for persons to get tested from key populations – who may be otherwise hesitant to come forward to testing, due to stigma and discrimination.

“We are piloting a programme to improve Rapid Testing at some sites that are removed from the hospital. As it is now, the labs doing testing are the major ones such as the General Hospital, Spice Isle Imaging and St Augustine’s Medical,” Dr Martin added.

He noted that this centralised testing has not proven to be as effective when it comes to reaching key populations. Hence the decision to decentralise the testing sites and studies have shown that this is the way to go. There will be 3 additional sites, which have not been named as yet.

As a means of preparing persons to effectively and correctly administer Rapid Tests, workshops have been conducted to train and certify the necessary individuals.

Nurse Jennifer Thomas, a participant from a training workshop held 26 to 29 June, expressed her gratitude for the timeliness of the programme. She said it is important to reach those who are most at risk, including LGBT persons and pregnant women. She believes that stigma and discrimination play a role in persons’ fear of getting tested and knowing their status. “I firmly believe that people are people and must be treated as such.”

The process of validating the Rapid Test kits which will be used in conjunction with the Caribbean Med Labs Foundation has begun, to test HIV and Syphilis together.

Internationally, donor funding is decreasing, and countries are now expected to invest more in their own healthcare. Dr Martin said that fortunately, the current round of support from the Global Fund provides some testing kits, and the Ministry of Health has begun the process of restructuring their funding in order to have more budgetary allocations for HIV response. “In so doing, funding for the HIV rapid tests will be part of that mechanism,” therefore, within a year or so, they should be able to provide their own funding.

NIDCU will also be partnering with organisations such as GrenCHAP and the Grenada Planned Parenthood Association (GPPA) for the programme, and Dr Martin believes that “everybody is going to benefit from this once we start rolling it out.”

NOW Grenada is not responsible for the opinions, statements or media content presented by contributors. In case of abuse, click here to report.
Tags: caribbean med labs foundationdonella hostenfrancis martingrenada planned parenthood associationgrenchaphealthhivinfectionkey populationslgbtmen who have sex with menmsmrapid testingsexstisyphilisvct
Next Post

NADMA: Have A Safe Carnival