The Real State of Real Estate in Grenada: Whence Cometh the Buyers?

The Real State of Real Estate in Grenada: Whence Cometh the Buyers?

This story was posted 5 years ago
in Business, OPINION/COMMENTARY, Youth
6 min. read

by The Grand Poobah

My first commentary on the subject of Real Estate in Grenada (3 years ago) concluded that Grenada needed more aliens to stimulate what I believed to be a moribund market and I recommended measures to actively attract them.

My most recent commentary, with a market now provably in an even worst state, examined the ability of local Grenadians to participate in the real estate market. This concluded that the vast majority of local Grenadians are simply unable to do so in any meaningful way. This is due to a combination of a relatively low number of Grenadians with ‘adequate’ incomes; very high mortgage rates; very conservative loan qualification criteria; and the excessively high listing prices of properties for sale. Hence, local Grenadians will not be a meaningful factor in determining which way the market goes from here.

The Century 21 Market Reports for 2016 and 2015 confirmed one of my earlier observations that there was likely very little involvement by ‘Aliens.’ The 2016 Report highlighted that at 29 purchases totaling US$10,089,742, ‘Foreign Buyers’ (legally termed ‘Aliens’), accounted for only 5% of the number of total transactions. The reason for this exceptionally low participation rate is both a reflection of relatively few resident aliens and/or the effect of exorbitant taxes and fees levied on foreign buyers/aliens.

The first factor viz why so few alien residents, prompted a recall from my youth when I was flying regularly between Grenada and Barbados for 8 years of schooling in the 1950s. These flights always went through St Lucia and over that period I came to conclude that Grenada and St Lucia were at very similar stages of development and of comparable populations. However, a work assignment in St Lucia about 10 years ago impressed on me that this was very clearly no longer the case. St Lucia seemed more populous and was visibly far more developed than Grenada.

What happened? This set me thinking about ‘demographics’ and started me off on another voyage of discovery. Here’s what I found:

Populations change due to 3 factors — births, deaths and net migration (viz difference between new immigrants and departing residents). Here’s what happened in 2016:

The point of these comparisons is decidedly not to judge whether Grenada is ‘better’ or ‘worse’ than St Lucia because, in the final analysis, such judgements can really only be based on one’s personal circumstances. My purpose is simply to reinforce that there is a fundamental relationship between population growth and development. That is, a growing population promotes better and more infrastructure; greater availability of services; more comprehensive medical services; better travel connections; a healthy real estate market; among many other factors — all of which Grenada lacks. In sum, steady and strong population growth are essential to a growing economy and prosperity and new immigrants (aliens) are a critical component of such growth.

Clearly, Grenada’s slow population growth has been a negative drag on economic development. As if that is not enough, for a very long time, the trend has been dominated by negative migration and a high birth rate. In 2016, Grenada’s birth rate was higher than Barbados (59%), Antigua (18%), Dominica (23%), St Kitts (37%), St Lucia (25%) and St Vincent (18%), to name a few. Looked at another way, all of the Grenada’s net growth are ‘babies,’ and this poses major challenges to the nation — in addition to the seriously ailing real estate market.

Without new foreign residents, Grenada’s growth translates into an ever-increasing percent of the population being ‘dependents.’ To wit, at the end of 2016, over half (52.3%) of Grenada’s population was not in the (potential) labour force! That is, persons under 15 (38.7%) and over 64 (13.6%). Looked at another way, the productively employed part of the 47.7% of the residents potentially in the labour force in Grenada has to provide goods, earn income and cover expenditures for themselves in addition to the children, aged persons and the unemployed. Coupled with an unemployment rate around 30% on average (but higher in the 15 – 24 age group), only 1/3 of the population is employed and each of those employed Grenadians has to support themselves and 2 others! (NB, In 2014, Grenada had the highest unemployment rate in the Caribbean, followed not far behind by St Lucia).

All of this serves to expose another huge ‘elephant in the room!’ ie a rapidly expanding youth population and it’s growing economic impact. What is the future for all of these babies/youths other than perhaps migration for the lucky ones once they reach a ‘productive’ stage?

In the specific context of our immediate quest for ‘tanta’ (Barbadian) property purchasers, many of the departures in the net loss of 865 residents in 2016 likely would have included many of those we sorely need – Aliens! Unfortunately, this leakage is more likely to grow than subside in the foreseeable future, as the Grand Poobah knows of many resident aliens who have for years been trying to sell their properties so that they too can finally leave/go home.

Stay tuned! In my next commentary, I hope to detail the effect of the very high transaction taxes and fees on foreigners buying real estate in Grenada, and the disruptions that this causes to establishing and maintaining an orderly and competitive real estate market.

NOW Grenada is not responsible for the opinions, statements or media content presented by contributors. In case of abuse, click here to report.
Tags: alienseconomyemploymentimmigrantspopulationreal estateyouth
Next Post 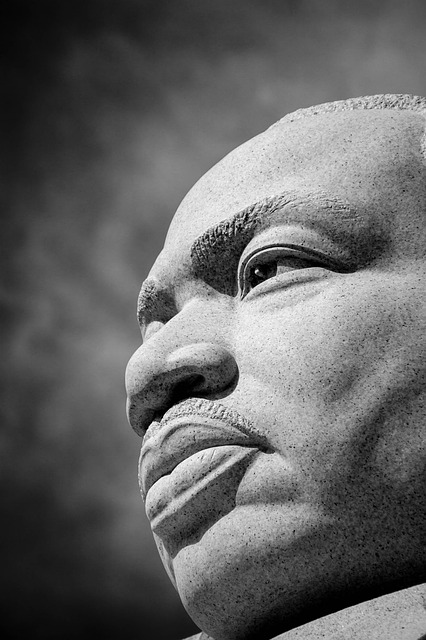