Senator Roberts yet to Resign from the Upper House

Senator Roberts yet to Resign from the Upper House 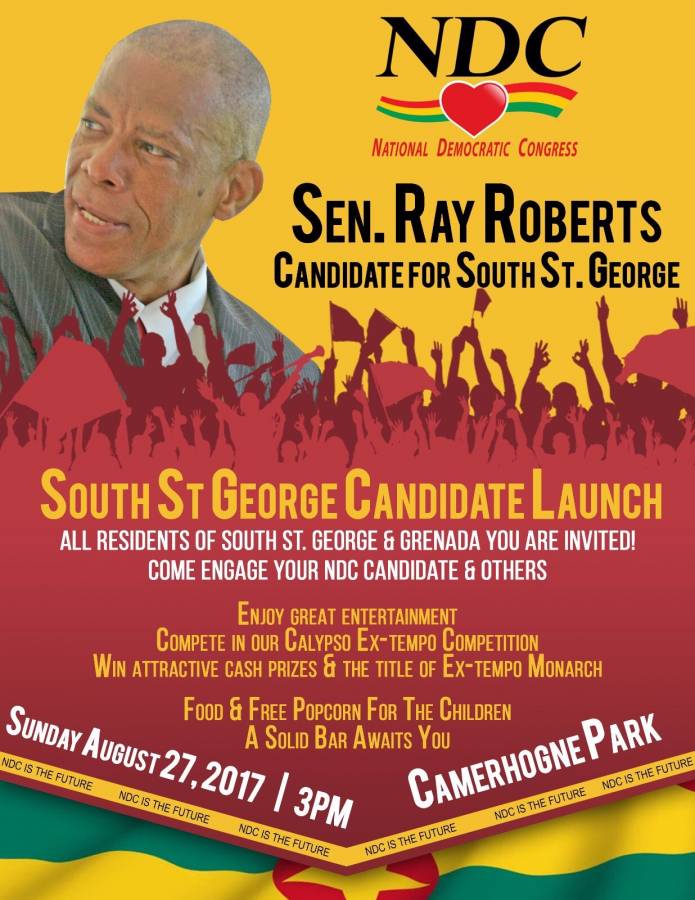 The 3 institutions to which Senator Raymond Roberts has to tender his resignation as the person representing the labour movement in the Upper House, have each confirmed not receiving an official letter informing them of his desire to resign from the post.

As of Wednesday morning, André Lewis, President of the Trade Union Council (TUC) said that he was unaware of such correspondence from the senator. “As of now, I can say to you that I have not seen such correspondence. I have no formal letter informing us that he will be resigning.”

Further inquiries with Office for the Houses of Parliament where he took the oath of office, and the Office of the Governor General where he received his instrument of appointment, also confirm not receiving correspondence about his pending desire to give up the post, as 1 of 3 independent senators.

Chairman of the National Democratic Congress (NDC) Vincent Roberts has confirmed that Roberts will officially be endorsed as the party’s candidate for the upcoming general election on Sunday, 27 August 2017 during a public meeting at Camerhogne Park, Grand Anse.

The Grenada Constitution forbids any person from running as a candidate for an election and at the same time occupying a seat in the Senate.

Section 27 of the Grenada Constitution says that “a Senator shall vacate his seat in the Senate if, with his consent, he is nominated as a candidate for election to the House of Representatives or if he is elected to be a member of that House.”

The ruling New National Party (NNP) also has 2 persons in the Senate who are listed among its caretakers and who currently hold senatorial positions. It is believed that Peter David and Pamela Moses will eventually become candidates for the party in the upcoming general election, which is constitutionally due no later than mid-2018.

However, NNP political leader Dr Keith Mitchell has made it clear on numerous occasions that getting appointed as a caretaker is not the same as a candidate for the constituency.

“A caretaker doesn’t mean that this person will be the candidate to contest the constituency for the election,” he has said.