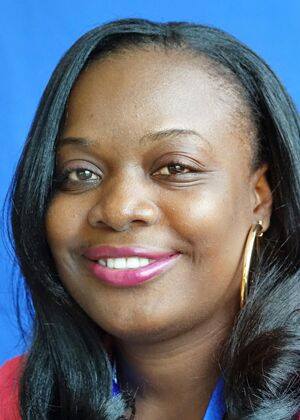 Two Government Ministers Step Aside; New Senator to be Appointed

Two Government Ministers Step Aside; New Senator to be Appointed

As of 1 September 2017, 2 Cabinet ministers in the ruling New National Party (NNP) Government will no longer make decisions for or on behalf of the government.

Prime Minister Dr Keith Mitchell informed the nation in a national address on Wednesday night that Senator Brenda Hood and Minister Roland Bhola will be leaving the government, but will be lending support in other ways.

A few weeks ago, Bhola informed his St Andrew North East constituency that he would not be running as a candidate for the upcoming general election which is constitutionally due no later than mid-2018. Last week the NNP issued a release saying that 35-year-old secondary school teacher Kate Skeeter Lewis will be the caretaker for the constituency which Bhola currently represents in the House of Representatives.

As a result of the departure of both Bhola and Hood, Dr Mitchell told the nation that a new senator, Kate Lewis, would be sworn in to replace Hood in the Upper House, while the Cabinet ministerial portfolios will be adjusted. Lewis will be the new Parliamentary Secretary in the Ministry of Education and Human Resource Development.

Senator Simon Stiell, presently the Junior Minister in the Ministry of Education and Human Resource Development will be elevated to full Minister.

The Ministry of Religious Affairs, part of the sports minister’s portfolio, would now be under the Prime Minister’s Ministry.

“With a new and expanded administrative team and encouraging young leadership in the Ministry of Finance, the work of economic development is being consolidated within the department under my watch as the overall Minister for Finance and Economic Development,” said Dr Mitchell. He explained that some of Joseph’s ministerial portfolio is being removed so that he can dedicate more time to his constituency. Minister Oliver Joseph will retain the Labour Ministry, plus the Cooperatives portfolio, which was part of the responsibilities of Senator Brenda Hood.

Without mention the words ‘general election’ or ‘winning,’ Dr Mitchell indicated that his party is preparing to continue as the government following the upcoming general election. “Sisters and brothers, as we approach the dawn of another Grenadian morning, we recognise that there is much work to do and we are on duty. We also recognise that in this new season, as we endeavour to serve you better before we come to you again seeking your support, we know that we must make some adjustments,” he said in the address which was broadcast on all radio and television stations.

“We continue to build on our successes; and to fine-tune our agenda to meet the needs of these modern times. Our attitude going forward is based on the understanding of the need for continuity, while constantly dipping into the well of renewal,” he said while telling the nation that he and his party’s executive council are confident that the next generation of Grenadian leadership is beginning to emerge under their guidance and influence.

NOW Grenada is not responsible for the opinions, statements or media content presented by contributors. In case of abuse, click here to report.
Tags: brenda hoodgeneral electionkate lewisleadershiplinda strakernational addressportfolioroland bhola
Next Post