I recently read a book titled ‘Breeders Not Fathers.’ The title of the book disturbed me initially, but I got the point the writer is trying to convey. In the book, the writer sought to distinguish what good fathers do as opposed to what ‘Breeders’ do regarding the rearing of their children.

I do have a difficulty with the term ‘Breeders’ even though some males just sow their seeds for the sake of sowing, with no intention of taking the responsibility that comes along with it. It is my view that our males are in a serious crisis as it relates to their role as fathers and I think that is due to the fact that they firstly do not know who they are as individuals.

Our social and educational structures need to be much more supportive of our males. Notwithstanding that, I do however believe that more men are stepping up to the plate and assuming the responsibility for their kids whether they are still in a relationship with the mother or not. And while there is a heavy emphasis towards single mothers we must also recognise that there are a significant number of single fathers out there who are doing a fantastic job of raising their kids on their own, and they need our support just the same.

The purpose of this article is not to bash men, but to remind that fatherlessness has an adverse effect on children of both sexes. Various studies have been done on the issue and they have all concluded that children whose fathers are absent are more likely to have behavioural problems, be school drop outs, end up in gangs, be involved in crimes, be incarcerated, have an unplanned pregnancy, and have low self-esteem. While this holds true for many, it does not hold true in all instances for everyone. I grew up in a single parent home, I knew my father because even though he did not live with us, he was around. He took care of our educational needs for the most part, and I would spend some of my summer holidays with him. I never have the chance to live with him, though I think two of my siblings did. I did well in school because my mothers’ priority was education and she did everything she could to ensure that I got the best education she could afford.

As an adult, it was my relationships that suffered. I had no idea what to expect or even what were the necessary ingredients for a healthy relationship. I read a lot so most of my expectations for relationships came from romance novels, and of course, those are unrealistic. I had no male role models. My father had three separate families and some other kids here and there. I didn’t have my dad around to talk to me about boys, about school, about my career choices or about life in general. One of the best memories I have of being with my dad is when he took me to a calypso show when I was about 10-year-old. I remember him putting me on his shoulders so that I could see the show, that remains the single best experience I’ve ever had with my dad. Throughout my adult life, I’ve always unconsciously looked for someone that could fill the void created by not having my father present. Research shows that daughters who live in mother-only homes are more likely to divorce.

Another factor that severely affects children is having an emotionally unavailable father, he’s present in the house but absent. A friend was telling me about her experience with her father and she said that the only emotion she knew from him is anger, because he only showed up (emotionally that is) when they did something displeasing. I was reading an article and the writer was essentially saying the same thing. She said that their father only showed up emotionally when he was disappointed with them and that during normal times they would cringe when they passed by him for fear of doing something that he disapproved of. Research shows that fathers who are absent either emotionally or physically or both have a devastating psychological effect on children of both sexes. Added to that, emotionally weak or passive fathers impedes their children’s ability to achieve their own individuality and to relate positively. If fathers only knew the positive effects of the words ‘I love you.’ I did not communicate with my father for 15 years and that had some impact on me. There were times when deep inside I would be jealous of the relationship my kids have with their dad. A friend who will always have a special place in my heart encouraged me to contact my father and it was one of the best engagement I’ve had in a long time.

As children who have suffered from fatherlessness, it is important that we understand that on some levels our fathers did not fully understand their roles as fathers. We must understand but not excuse because this behaviour is never justified. From a Caribbean perspective, it is possible that he was raised not knowing how to deal with his fears, how to express himself or how to deal with whatever he might term as his personal shortcomings. Understanding helps us to deal with the reality and helps us to avoid harbouring negative emotions. As a society, it must not be socially acceptable for the man to walk away and relinquish his responsibility. Fatherhood must be given the same importance as motherhood because of the devastating effects absent fathers have on their kids.

NOW Grenada is not responsible for the opinions, statements or media content presented by contributors. In case of abuse, click here to report.
Tags: fatherfatherlessnessjudy mccutcheonresponsibilityrole model
Next Post 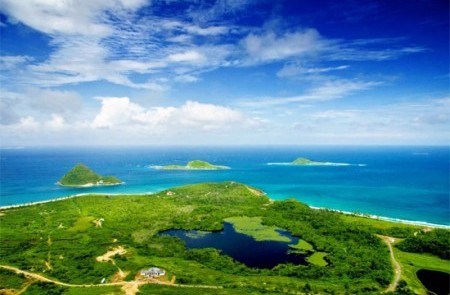 Grenada to Host SOTIC 2017 in October