This story was posted 4 years ago
in General News, Weather
1 min. read 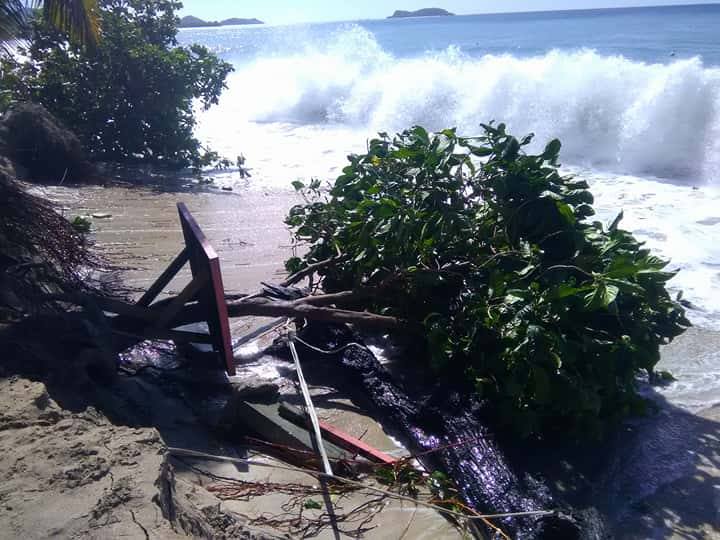 Grenada was not directly hit by Hurricane Maria which devastated a number of northern Caribbean islands including Dominica, but there is a marine advisory in effect for small crafts on the western and northern sides of the island as a result of the hurricane.

“A marine advisory remains in effect for above normal swells, especially along the western and northern coastlines, including Carriacou and Petite Martinique,” said a notice on the weather website of the Maurice Bishop International Airport (MBIA).

A forecaster explained that the swells are as a result of Hurricane Maria that continues on her path of destruction in the northern Caribbean.

The swells are battering the western and northern sides but most affected is the coastline of Hillsborough in Carriacou, causing the waves to damages trees on the coastline and the beach.

This situation has also caused Osprey Lines — which plies daily between Grenada and Carriacou — to dock at Harvey Vale harbour where the water is a little calmer.

The Butterfly Bar which is located on the Hillsborough Beach had its outside tables destroyed by the waves which are continuously smashing the coastline. The met office said that the waves can be as high as 7 feet.