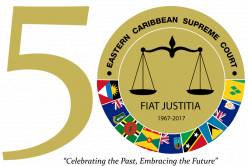 Update: Due to the passage of Hurricanes Maria and Irma and their trail of devastation throughout member states and territories of the Eastern Caribbean Supreme Court, both the Church Service and the Special Sitting which were scheduled for Wednesday, 20 September to mark the Opening of the New Law Year 2017 – 2018 are postponed until further notice.

Wednesday, 20 September 2017 signals the commencement of the New Law Year for the Eastern Caribbean Supreme Court. The occasion will be marked with the usual Ceremonial Opening, in the form of a Special Sitting of the Court.

The proceedings will commence with a Church Service at the Methodist Church, St George’s starting at 8:30 am, followed by a procession to the High Court of Justice where the Special Sitting of the Court will be held.

The public is encouraged to participate in this significant event, by attending the High Court in their individual Member State or Territory.