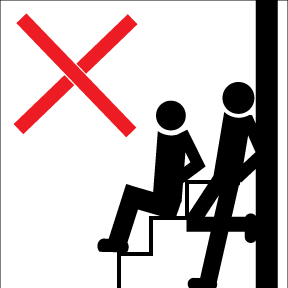 Police Urge Students Not to Loiter

Police Urge Students Not to Loiter

The new school term has officially begun for most of the nation’s students this week, and parents and guardians are asked to exercise due care and caution on the roads.

Inspector Trevor Rodney, Head of the Community Relations Department (CRD), is encouraging persons to move earlier on mornings, to avoid the ‘build-up of traffic.’ He notes that mini buses would be allowed to drop off students at strategic points close to the school zones. However, they will need to pull on the side of the road, where they can, to avoid traffic being backed up.

The inspector reminds the public that loitering is an offence in the Criminal Code, and urges parents to speak to their children and set times for them to get home after school. He encourages the public to speak to loitering students, as ‘it is a holistic effort,’ to avoid unnecessary loitering around the town and in the Bus Terminus.

Inspector Rodney stated that if necessary, loitering students would be brought into the station and their parents alerted. However, the police would not wish to charge the students, because that could have negative implications for their future.

NOW Grenada is not responsible for the opinions, statements or media content presented by contributors. In case of abuse, click here to report.
Tags: bus terminuscommunity relations departmentdonella hostenloiteringpoliceschoolstudenttrevor rodney
Next Post