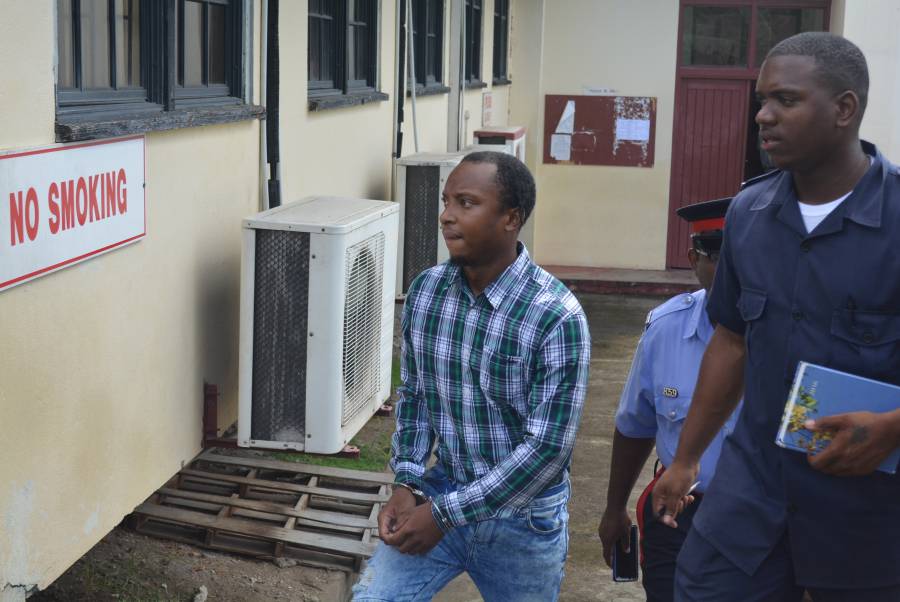 On Saturday, 7 October 2017, members of the Drug Squad, attached to the Royal Grenada Police Force (RGPF) confiscated 106 lbs of marijuana on a vessel in the Westerhall area.

Delroy Stafford, a resident of the sister isle of Carriacou was the lead suspect in the matter. At the time of the police operation, Stafford fled the scene. However, he was captured by police last weekend, and was slapped with the charge of Trafficking of a controlled drug.

Stafford made his way to the #2 Magistrates Court on Monday, 30 October 2017, where he faced Magistrate Tamara Gill, and was represented by Attorney-at-Law Peter David.

Despite the large quantity of the illegal substance in the matter, Stafford’s Attorney made an application for bail. The Prosecution team led by Officer Farray, initially objected to the bail being granted for the accused. However, after much deliberations by David, Magistrate Gill approved bail in the amount of $200,000 with 2 sureties.

Prosecution also requested that Stafford surrender all his travel documents and report to the Carriacou Police Station every Monday and Friday between the hours of 6 am and 6 pm.

Stafford is expected to make his 2nd court appearance in later on next month at the St David’s Courthouse.

NOW Grenada is not responsible for the opinions, statements or media content presented by contributors. In case of abuse, click here to report.
Tags: delroy stafforddonella hostendrugsmagistrate courtmarijuanapeter davidtamara gill
Next Post