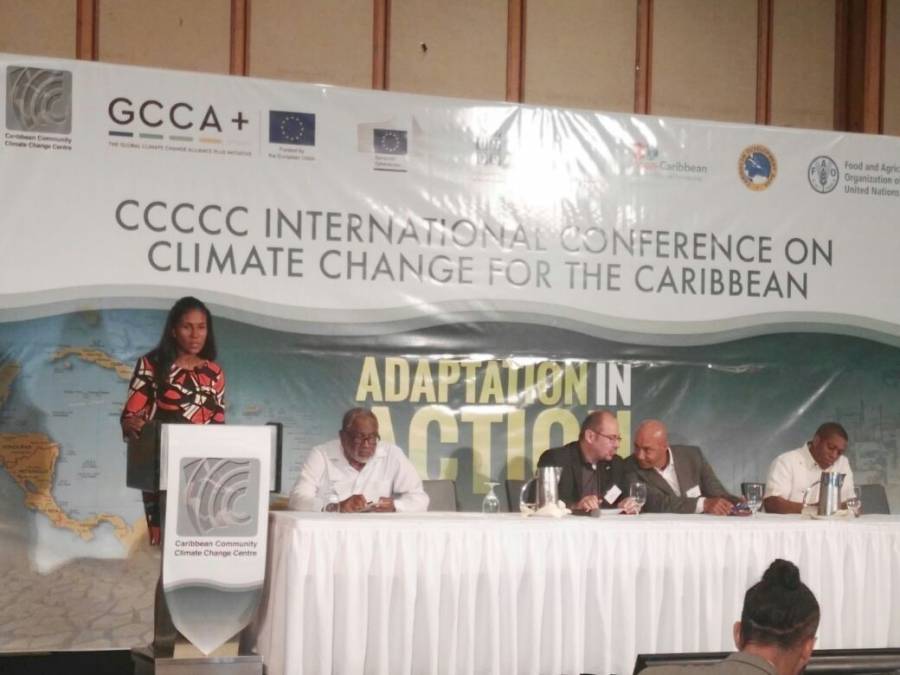 This year, Trinidad is host to the Caribbean Community Climate Change Centre’s International Conference on Climate Change for the Caribbean between 9-12 October in Port of Spain. The conference is held under the theme ‘Integrating Climate Variability and Change Information into Adaptation and Mitigation Actions in the Caribbean Region,’ and Grenada is represented by a delegation to present its flagship adaption project: Integrated Climate Change Adaptation Strategies (ICCAS).

The project was launched in 2013 as a partnership between the Grenadian and the German governments and is designed to provide a holistic approach to climate change adaptation in the State of Grenada. The overall aim of the ICCAS Programme is to increase resilience of vulnerable communities and ecosystems to climate change risks. The project uses a comprehensive, integrated approach for analysing and implementing adaptation strategies. This model, it is hoped, can serve as a role model for other countries in the region.

The project is divided in several components to pilot adaptation strategies that should be scaled up to larger projects and that prepares Grenada to receive grants for larger projects. It also aimed to support the local communities to implement projects to adapt to immediate climate change challenges and raise the awareness of Grenadians about climate change.

In order to prepare Grenada’s institutions to climate change, ICCAS supported the country in the development of its National Adaptation Plan and helped to integrate climate change considerations into policies and development plans. This, in turn, was the basis for preparing the country to be eligible to receive climate finance for large adaption and mitigation projects. Furthermore, the project went on to train experts to support Grenada’s access to climate finance and to help set up a National Designated Authority that is approved to receive funds from the Green Climate Fund (GCF). The GCF is a multilateral fund that was set up to finance large projects to support climate change adaptation and mitigation, especially in countries that are most vulnerable such as small island developing states.

To improve resources planning and management, the ICCAS approach has been to pilot best practices and to build capacity of key actors in the local communities so that they can act as knowledge multipliers. The project targeted 3 areas of action: Coastal Zone Management, Water Management and Climate Smart Agriculture.

On coastal zone management, ICCAS supported the development of an Integrated Coastal Zone Policy and provided beach profiling equipment to the Environment Division. It also established a community lead mangrove restoration project under which 1900 mangrove seedling were replanted and the community members were trained to produce mangrove honey, to sustainably harvest the mangrove for charcoal and a boardwalk and birdwatching platform was built to facilitate the development of an eco-tourism destination to the area.

On water management, a community rain water harvesting system was built in partnership with the National Water and Sewerage Authority. It consists of a 15,000-square foot catchment area and a 50,000 gallon concrete water tank to deliver pipe water to the community of Blaize, which used to rely on collecting water from a stream 1 ½ miles away. The ICCAS project also mapped a total of 45 non-commercial water sources that can be accessed by the population in case of breakdown of the pipe water system, for instance after a hurricane. In addition, communities throughout Grenada benefitted from rainwater harvesting tanks and cisterns, increasing Grenada’s water storage capacity to 230,000 gallons.

On climate smart agriculture (CSA), the project trained a total of 45 officers at the Ministry of Agriculture and CSA practices were integrated into the ministry’s work plan. ICCAS established a model farm implementing the different recommended practices to secure the future of the agriculture sector. A number of resilient farming practices and incentives were given to farmers to increase climate resilience. These include composting and vermiculture bins and proper turning technique demonstration. In addition, climate-smart technologies in solar power water pump and drip irrigation systems were introduce to schools farming systems.

Local communities which are already suffering from the effects of climate change were not left behind by the project. A US$1.5 million Community Climate Change Adaptation Fund funded a total of 27 community lead projects around Grenada, Carriacou and Petite Martinique. These projects addressed issues affecting agriculture and water, public water storage, education and awareness, flood protection, ridge to reef management, recycling, as well as marine and coastal management.

Grenada also needed to raise the awareness of his citizens, especially the children, about climate change and environmental issues. The project leads a large national effort, backed by US$255,000 budget, to raise this awareness through radio and TV programme, national events such as football competition and walk, environment fair, school competitions and a wealth of other efforts, including social media and its own project website. It has also developed a climate change toolkit for teachers to start including climate change science into the schools’ after-school programmes, as a first step to integrating the topic into the national curriculum. Two new climate change books targeting children between the ages of 5 – 7 were published through the ICCAS project. The climate kids’ adventure books are creating a platform for young children and teachers to discuss climate change issues. There is also an online version of these children books which can be found in this link (http://climatekids.gd/#books).

Soon entering in its last year to wrap up the project, the monitoring and evaluation of the results have already started, and Grenada is eager to share its success and challenges with other countries in the region in order to contribute to the region’s learning curve on climate change adaptation solutions.

The ICCAS Programme is implemented by the Government of Grenada, the United Nations Development Programme (UNDP) and the Deutsche Gesellschaft fur InternationaleZusammenarbeit (GIZ). It was financed by the German Federal Ministry for the Environment, Nature Conservation, Building and Nuclear Safety (BMUM) under its International Climate Initiative (IKI) with a US$8 million budget.

NOW Grenada is not responsible for the opinions, statements or media content presented by contributors. In case of abuse, click here to report.
Tags: adaptationcaribbean communityclimate changegiziccasmitigationundp
Next Post 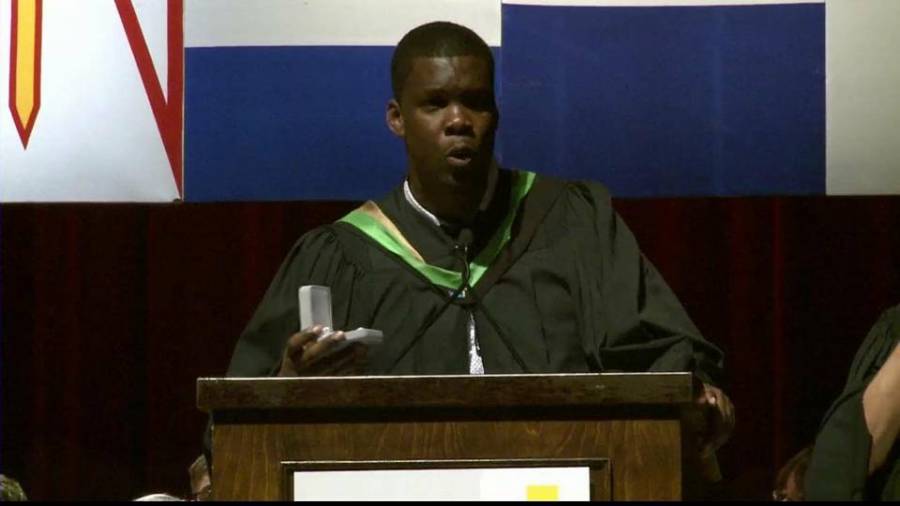