This story was posted 4 years ago
in Education, General News
2 min. read 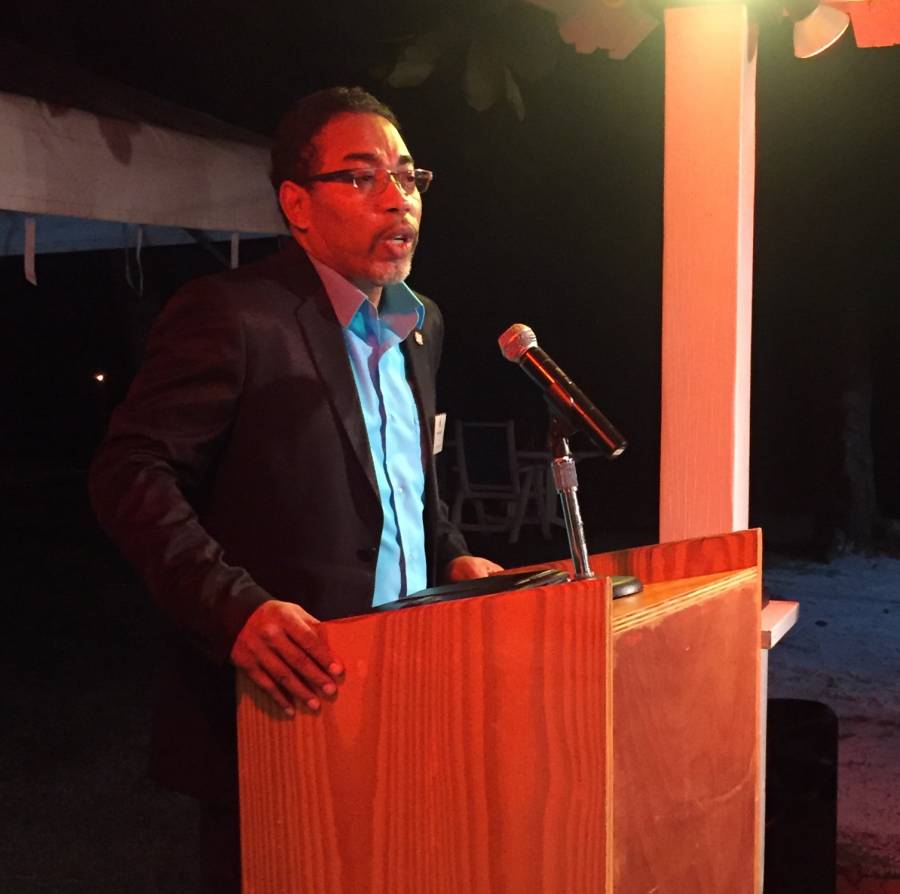 Although the St George’s University (SGU) is celebrating its 40th anniversary, its Graduate School is only 11 years old. To continue making their mark in the community, and rejuvenate their alumni association, a reception and Alumni Talk was held on Friday, 27 October 2017, at the University Club.

Briefly speaking to the utmost importance of Graduate Studies, SGU Provost, Dr Joseph Childers stated ‘it’s one of those things that makes a university,’ and ‘it’s important that we really underscore the vitalness of continued education beyond secondary and beyond tertiary.’

Before his appointment at SGU, Dr Childers was the Dean of the Graduate Division at the University of California, Riverside (UCR), and is no stranger to the tribulations faced by the Graduate School and the Alumni Association.

He commended the current School of Graduate Studies Alumni Association (SGSAA) for the work done and affirmed his support for their outreach efforts.

Vice Provost for Institutional Advancement at SGU, Brendon La Grenade, a 2007 graduate, also gave brief remarks. “This is a very important stage of the graduates’ position within the St George’s University.” He mentioned some graduate students, who, according to him, occupy prestigious positions in both public and private sectors, including the featured speaker, Allison Audain Miller, a graduate of 2009, who currently sits as the Ombudsman to Grenada. Miller gave insight into the roles, duties and responsibilities of the Ombudsman.

La Grenade used the opportunity to thank the staff at the Alumni Relations Office for their assistance with putting the event together. He also encouraged other graduates to come up with ideas to help the association to go forward.

Wayne Williams, a graduate of 2007, is President of the SGSAA and Manager of SGU’s radio station. According to him, the main purpose of the event is to rejuvenate and to bring graduate students from SGU together. Although the event took place while the university celebrates its 40th anniversary, Williams stated that they’re not directly linked. However, he believes that their event can be used as a stepping stone for bigger things to come.

The association is currently being reorganised and reformulated, and according to Williams, who said: “you should see more of our outreach programmes.” The members of the association believe that they can give something back to the school and their communities, and Williams indicated that they would like to use the skills and resources among themselves to reach out to do so.

When probed about the support from the university, Wayne affirmed that there has been ‘huge institutional support for the association,’ and, ‘they have been encouraged to do this.’ The association is expected to have a few more activities in the upcoming months.