This story was posted 3 years ago
in Business, Environment, Travel/Tourism
2 min. read 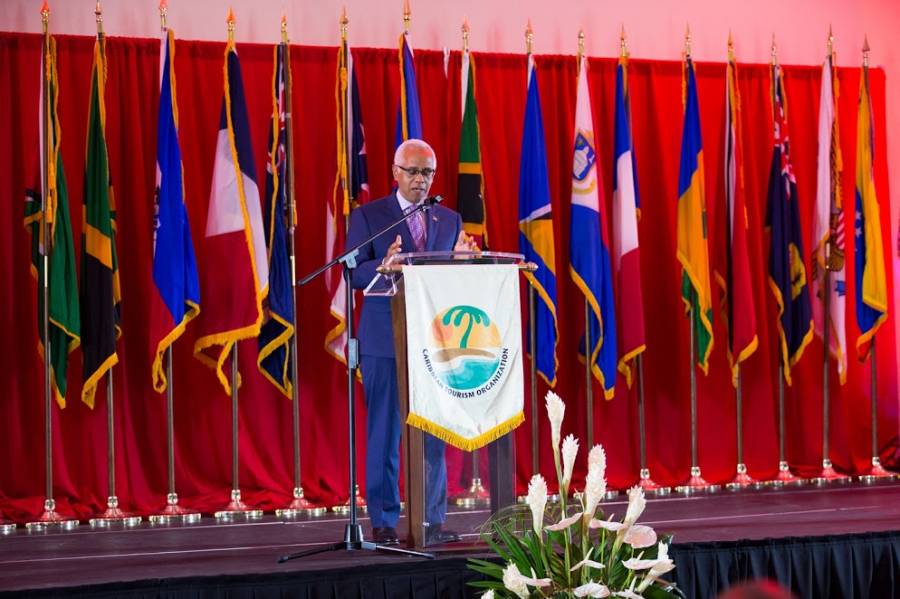 Dionisio D’Aguilar, CTO Chairman and Minister of Tourism for the Bahamas
Share

Hugh Riley, Secretary General of the Caribbean Tourism Organisation (CTO), believes that the 2017 State of The Caribbean Tourism Industry Conference (SOTIC) which opened in Grenada on Tuesday evening, should be used to formulate a system that will become the guiding tool on how the Caribbean should response to natural disasters such has hurricanes.

“This must be the one where we learn from the recent past, using those lessons to build a better strong future; the one where we accept that anyone of us can be knocked down hard at any time, but we must learn how to fight through the pain and rise again… just ask Grenada,” he said. He reminded those in attendance of the island’s struggles to recover and rebuild following the passage of hurricane Ivan in 2004, a category 3 storm which caused damage to 90% of the island’s infrastructure.

“This could be the SOTIC where we form such a strong Caribbean alliance and create such a meaningful resource, that we never again find ourselves scrambling for funding just to be able to teach the world the geography of the Caribbean,” he said

“This could be the one where we convince our own people about the importance of tourism not only about our debt reduction, employment generating, foreign exchange earning tool, which it is but also as a mean to form lasting partnerships and strengthen the bonds among us,” he told delegates during his remarks during the opening.

Riley called on the participants to use the power of the Caribbean brand to promote the islands, especially those that were not affected by the hurricanes. “The way to enhance their own lives is to take full advantage of the unique vacations experiences this region has to offer. They should know that the best way to help the Caribbean is to visit the Caribbean,” he said.

Dionisio D’Aguilar, CTO Chairman and Minister of Tourism for the Bahamas, said that the conference is happening at a trying time for the region, because there have were many changes since the planning started.

“The region has change drastically from when planning began for the conference; the realities are now different,” he said as he reminded the delegates about the devastation to the territories in the northern Caribbean following the passage of Hurricanes Irma, Jose and Maria September. He said that the road to getting back to pre-hurricane days will be long.

“The countries that were directly impacted by the tempests are at various stages on the road to recovery, by the road remains a long and tiring one. For some, it will be a long while before normality is restored, before they are in a position to welcome visitors again in the numbers they were used to. However, our resilience, commitment and determination will drive us to rebuild better, stronger and more sustainably,” he said.