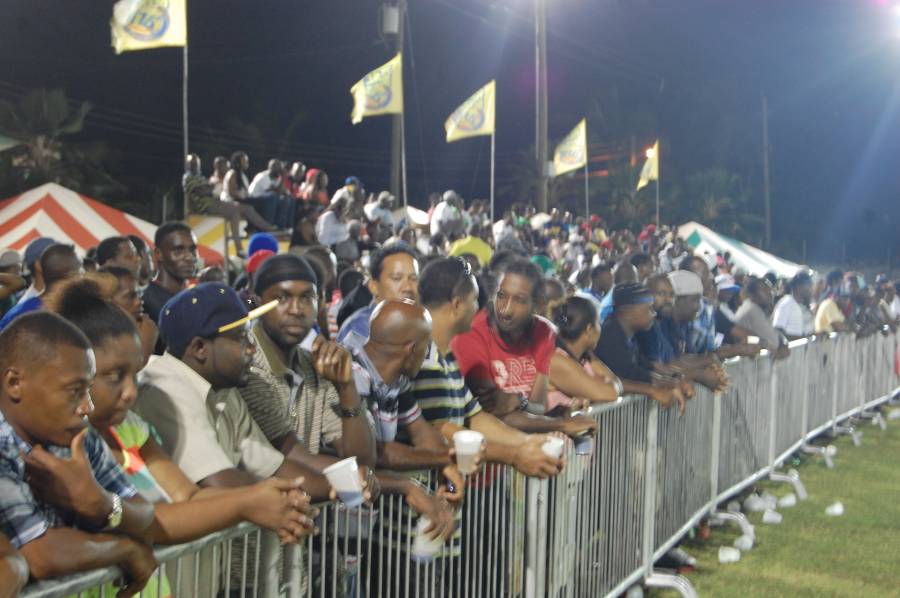 This story was posted 5 years ago
in Football, General News
2 min. read

The 2016 Waggy T Super Knockout Football Champions Paradise FC have been sent packing from the 2017 Tournament.

They were beaten 3-2 by fellow St Andrew’s team Mt Horne Sports 3-2 in an exciting showdown last week Sunday at the Grenville Recreation Ground in the big parish, St Andrew. The defending champions began positively taking the lead in the 14th minute, through national player Saydrel Lewis; but Mt Horne hit back to draw level in the 27th minute when Reggie Noel got the equaliser.

The underdogs, now showing more composure stepped up another gear to take the lead in the 32nd minute. Kim Abraham was bang on target to give Mt Horne a 2-1 lead at the interval. The 4-time champions were forced to dig deep and got the equaliser from Alec Andall, who converted from the penalty spot. There was plenty of excitement as the teams battled furiously in the last quarter for the ascendancy. In the end, it was the unfancied Mt Horne who prevailed, as Steven Williams scored in the 90th minute to complete a giant-killing run. Also Sunday, Paradise Youths beat Morne Jaloux 1-0, with Joshua Isaac scoring the winner in the 55th minute.

Shamrock and River Sallee Credit Union Hard Rock also scored second victories to move deeper into the competition. Shamrock stopped a determined Willis Youths 2-0 with goals by Denron Frederick in the third minute and Josh Charles in the 60th. In the other fixture on Saturday, River Sallee Credit Union Hard Rock out-played Happy Hill FC 4-1. It was a close first 45 minutes with Hard leading 2-1 at the interval. But they pulled away in the second period to take control.

There was plenty of inspiration from striker Kemron Daniel, who struck twice in the 15th and 67th minute; along with Kennel Edwards who scored in the 44th minute and Kade Wellington, who converted in the 61st minute.

Another 4 games are scheduled for this weekend as the action returns to the National Stadium, Friday and Saturday. Plenty is at stake as teams seek 2nd round victories to collect a EC$500 bounty and a chance to go deeper and gauge at the winner’s prize of EC$80,000.

Antillean GBSS tackle Adrian Gabriel Five Stars in the opening game from 7 o’clock in the evening, while Sun Setters and Hurricanes collide in the late kick off at 9 o’clock. On Saturday GTC Radio St John’s Sports and CK’S Super Value Honved Collide in the opening game from 7 o’clock with the late kick between the pride of River Road Queens Park Rangers and Eagles Super Strikers out of Northern parish of St Patrick.

Keen and exciting games are in the making.

NOW Grenada is not responsible for the opinions, statements or media content presented by contributors. In case of abuse, click here to report.
Tags: championfootballmt horneparadisewaggy t
Next Post

Financial Sense… Is It a Matter of Culture or Ethnicity?