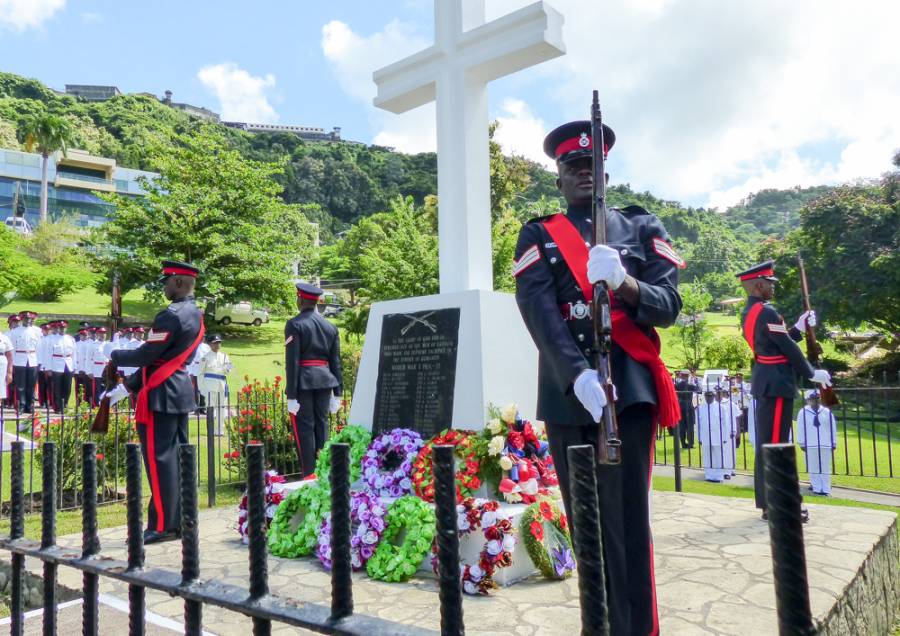 Grenada is among Commonwealth countries to observe Remembrance Day to honour the soldiers who lost their lives in the line of duty in World War 1.

The observance usually occurs every year on the 11th day of the 11th month at the 11th hour. This year, the procession and laying of wreaths took place on Sunday, 12 November 2017 as the 11th fell on a Saturday.

Sunday’s procession saw members of the Royal Grenada Police Force (RGPF) and its contingents, Cadets, Nurses, Pathfinders and Girl Guides, marching from the Fire Station to the Sir Eric Gairy Botanical Gardens. Laying the wreaths and a short blessing followed the march.

President of the Grenada Legion of Commonwealth Ex-Servicemen’s League, Lauren Grey-Beliaeff MBE, spoke to NOW Grenada following the short ceremony. According to her, there are 3 surviving veterans and 4 widows left, none of whom were able to attend the event. However, those who died must not be forgotten. “We’re celebrating the lives of those who have passed [and] those who are still alive… we have to honour and thank them.” She continued, “We are standing here today because of what they did for us all those years ago, and we respect them for that.”

British Army veteran Philman Rex Edwards, Vice President of the League, who also holds the position of Treasurer, was present at Sunday’s event. He stated that one of his responsibilities as the Treasurer of the League is to ensure that the veterans and widows of past veterans receive their monthly stipend, to take care of their medical needs. This funding comes from the British, Canadian and Grenadian Governments. He used the opportunity to thank the governments for their assistance throughout the years. “This is something that we do cherish.”

Speaking about the fallen soldiers, Edwards, who served in the British Army for 22 years, said, “People tend to forget that these people have made a sacrifice…and we should not forget.” 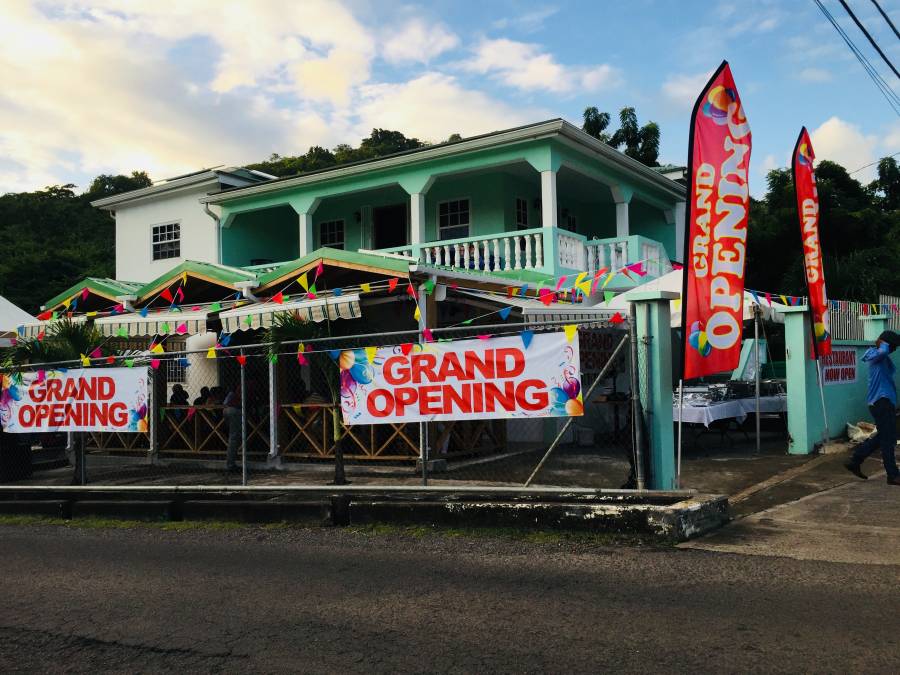