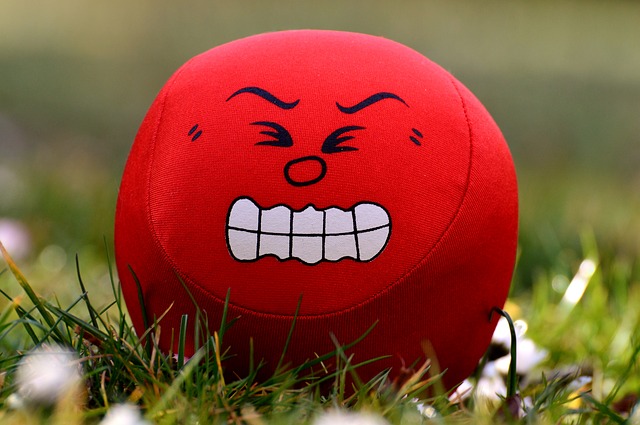 Societal Realism – ‘In You Face!’

Societal Realism – ‘In You Face!’

A squabble between a little girl, apparently between the age of 10 to 12, and an older woman posted on You Tube under the caption ‘GRENADA LITTLE GIRL CURSING WOMAN – October 12, 2017,’ is sure to go viral in due course. And one can expect this to be the case not so much so because of the intensity of the exchange, but because the incident might truly be regarded as being typical of Reality TV at its ignominious best.

It must be stated quite unequivocally that witnessing a verbal exchange laced with the kinds of expletives spouted by the woman and the child was not a pleasant sight to behold. But even without being privy to exactly how the quarrel got started, every Tom, Dick and Harry from as far afield as Jamaica have rushed to judgement as to which of the parties was the actual villain.

One such social media commentator who goes by the name of ‘D real Garvin’ has concluded that the child is the real antagonist. And he unabashedly recommends that she should be subjected to the full measure of disciplinary action commonly practiced in Jamaican society in the form of being ‘switched’ by her parents and probably by the woman in question.

Another Jamaican commentator who goes by the name of ‘Rawpa Crawpa’ disparages both the ‘big old woman’ and the ‘little pickney.’ Whilst regarding the child as ‘a bad breed nasty mouth pickney’ who should be given ‘a lick cross her mouth,’ ‘Rawpa Crawpa’ also slings a considerable amount of dirt at the woman whom he thinks should have realised that the sad spectacle could have been avoided simply by attempting to work things out with the girl’s parents.

Not surprisingly, the Royal Grenada Police Force (RGPF) too, have chimed in on the matter. But while the RGPF are generally regarded as having a policy of diving into matters headfirst, their deliberative approach in dealing with the situation seems to clearly suggest that they are more than cognisant of the subtle technicalities that might underlie the issues involved.

Philosophers have for some time been pondering over the question of whether a tree falling in a forest actually makes a sound if there is no one present to hear it. In other words, save for the sassy video of the tit for tat making the rounds on Facebook and You Tube, the widespread interest aroused by the event would never have assumed the same level of publicity.

Granted that the laws of the State of Grenada forbid the use of obscene language when used ‘to the annoyance of any person in any place,’ the question as to the extent to which the powers-that-be could proceed in laying charges against both or either of the parties must be germane to the issue at hand.

Accordingly, if there was ever a case in which the wisdom of reggae singer Jimmy Cliff might be considered apropos, then the 2 minute saga which had unfolded in that Grenadian village must be at the top of the list. For the matter does not seem to be as ‘cut and dry’ as would appear at first sight. And Jimmy Cliff might in fact be right that in this case, at least, ‘there might be far more questions than answers.’

For not even one of the individuals captured by the video, and certainly not the videographer, seemed to have been annoyed by the raucous that had transpired on the particular occasion. To the contrary, all of the persons shown in the video seemed to have been pleasantly amused by the spectacle unfolding before their very eyes. And so, at least from a layman’s point of view, the likelihood of the matter being brought to court on such frivolous ground seems moot.

Of equal importance is the fact that both of the parties seemed to have engaged in an even distribution of the verbal combat. Thus, unless there is some hidden statute which might be relied upon to exempt the child from the very law which might be used as a ground for pressing charges against the adult in question, allowing one of the parties to the same transgression to go free while subjecting the other to legal sanction might be tantamount to a travesty of justice in the first degree.

There is also the troubling question of the evidentiary admissibility of the video in a court of law. For while there might be nothing amiss about a person shooting a video of his or her neighbour’s daughter, posting such material online without the permission of the child’s parents is clearly a different kettle of fish. And so, any trial attorney worth his salt might find in such a likely trespass considerable ammunition for defending either client.

What seems to be emerging from all of this hullabaloo, therefore, is a vicious circle in which all of the parties seem to have to bear some of the fault. By virtue of her age and immaturity, the child might be regarded as being the most exculpatory party since there is no denying the fact that acculturation takes place primarily through a process in which children consciously and unconsciously replicate the behaviour patterns of adults around them.

Needless-to-say, the expressions used by the child were an exact match for those of the woman involved in the fracas. As such, there is no denying the fact that just about everyone throughout the length and breath of Grenada is quite familiar with that kind of highly animated outbursts. And anyone who might peradventure disagree that such kinds of conduct are part and parcel of the fabric of Grenadian society should just view the video on You Tube captioned ‘Little Boy ‘Leron’ Cursing Out His Auntie in Grenada, June 24, 2017.’

Meanwhile, the older woman deserves some credit for not having conducted herself in the manner suggested by the aforementioned Jamaican commentators by physically assaulting another person’s child even under the guise of ‘the village raising the child.’ And so, probably requiring the woman to take a number of anger management classes along with having to perform some community service would be a fitting resolution in this matter since any harsher response might be suggestive of a gross lack of even-handedness in handling the case.

But the videographer should never think of resting too comfortably on his laurels given his wanton disregard for the child’s right to privacy. With the likelihood of earning approximately US$8 in advertisement revenue for every 1,000 video hits on social media, the trend these days is for everyone with a smartphone to rush to upload their material as quickly as possible without regard for the legal ramifications of their actions. Even so, with the various videos already having had over 60,000 hits, both the woman and the child might stand a chance of receiving some much-needed income.

In the case of the woman, such sums might come in handy to pay her legal bills; whilst in the case of the child any likely amounts should be stored away to cover her future education at law school. For whether it might be readily admitted or not, the combative spirit which she had displayed that day could only be construed as the very stuff of which good lawyers are made. And every effort should be made to channel such precociousness in the right direction.

In the final analysis, society is like a mirror. And although many persons may not like the image beaming back at them when they gaze into a mirror, it cannot be denied that the faces staring back at them are close enough representations of who they really are. Thus, even if a person might try to disavow what he or she sees in the mirror, the realism of the situation might not be so readily dismissed.

NOW Grenada is not responsible for the opinions, statements or media content presented by contributors. In case of abuse, click here to report.
Tags: cursingexpletiveskeith williamsverbal exchange
Next Post