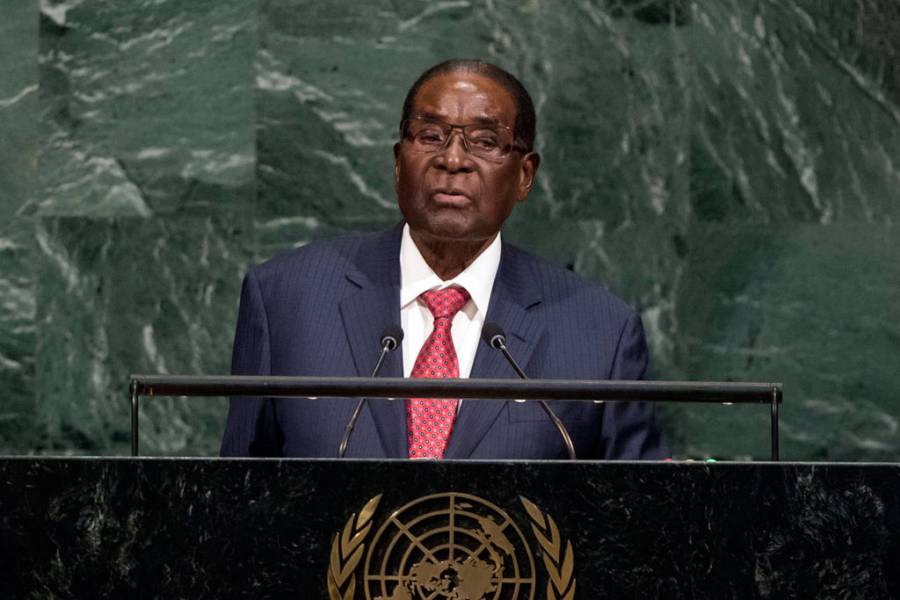 In an article titled ‘Financial Sense…Is it a Matter of Culture or Ethnicity?’ published in NOW GRENADA on 7 November, Judy M McCutcheon laments over the apparent lack of the propensity of Black People to function as well as other ethnic groups in certain economic and social areas of life. And the feeling of despair aroused by McCutcheon’s description of the predicament leaves absolutely no doubt that there truly is a cause for concern.

Even so, one does not need to have attained the level of Pyrrhonism or sophisticated skepticism hinted at by the French Philosopher Jean-Jacques Rousseau, in his prizewinning essay ‘Discourse On The Sciences And The Arts,’ to be able to ‘analyse the stench,’ as Bob Marley might have said. And so, given the recent unceremonious ousting of President Robert Mugabe as President of Zimbabwe for the past 37 years, there seems to be no better time than at this juncture for trying to come to terms with exactly what Black People are up against.

For prior to the former school teacher (turned guerilla leader) assuming the position of President, Zimbabwe (Rhodesia) had been administered through a de facto apartheid system; not unlike that in neighbouring South Africa where a minority of white settlers felt entitled to a life of opulence while the black natives were relegated to wallowing in poverty and ignorance.

During the first decade of his presidency, Mugabe instituted a number of developmental policies which contributed to the growth of the economy by 4.3% or greater each year. And healthcare benefits, educational opportunities, industrial growth and improved means of communication expanded across the country. But all hell broke loose when the president moved to correct the gross inequities in land ownership between blacks and whites.

Efforts at instituting a land redistribution programme, based on the precept of the ‘prevalence of righteousness’ rather than by reliance on the prejudicial notion of ‘the rule of law,’ turned out to be such an irritant in the minds of the beneficiaries of neo-colonialism that the Zimbabwean currency was devalued to the point where it took a trillion Zimbabwean dollars to buy US42 cents. And when the projected nationwide strife did not occur, several unsuccessful attempts to assassinate the embroiled president inevitably followed.

For such is the fate awaiting any leader or country that would dare tamper with the established world order. Countries like Haiti, Ethiopia, Cuba, Korea, Iran, Jamaica, Guyana, Venezuela and many others readily come to mind. And it is common knowledge just what had happened to leaders like Kwame Nkrumah, Jomo Kenyatta, Haile Selassie, Hugo Chavez and others who were perceived by the gatekeepers of neo-liberalism as trying to rock the boat.

Needless-to-say, such a state of affairs has absolutely nothing to do with a lack of intellectual endowment or of natural resources on the part of so-called third-world people. Instead, the socio-economic backwardness of such countries is due primarily to the intransigence of the privileged few who were even determined to let the Obama Presidency fail simply because they could not stomach the apparent anomaly of a black man being the world’s most powerful leader.

Thus, while the jubilance of most Zimbabweans in regarding the removal of Mugabe as signaling the inevitable transition of their country from political independence to genuine freedom might aid in maintaining the peace in the immediate post-Mugabe era, such optimism is clearly contingent on the ability and determination of the new leaders to transcend the challenges and obstacles awaiting them on all fronts. For the old guard would stop at nothing to stymie the legitimate ambitions of any country and to keep all and sundry in line.

Given such considerations, it is worth noting that all of the ethnic groups with which McCutcheon has compared Black People could be identified as having certain entrenched cultural institutions for articulating their experiences as A People. (Again, as Rousseau correctly points out, ‘the mind has its needs just as the body does’ and ‘the virtues have to be taught in very much the same way as the sciences.’)

Accordingly, while the Chinese have Taoism; and while Indians have Hinduism; and Arabs have Islam; and Europeans have Roman Catholicism and other forms of Pauline Christianity; and Japanese have Buddhism, Africans have no comparable institutional mechanism for propelling their true liberation from mental slavery. For as Marcus Garvey has taught, ‘A people without the knowledge of their past history, origin and culture is like a tree without roots.’ And Bob Marley has forcefully reiterated the point that although the former enslavers have removed the chains from Black People, they still control Black People’s brains.

Not even showing the least concern for the fact that it was on the recommendation of a Catholic bishop named Bartholomew de las Casas that our forefathers were enslaved, Black People subserviently attend weekly church services; with the result being that they care more about the 40-day crossing of the Red Sea by the Hebrews; and about Joseph’s sojourn in Egypt than about the 6-month forced crossing of the Atlantic Ocean in over-laden slave ships by our ancestors; or about the rise of Nelson Mandela from 27 years of imprisonment on Robben Island to becoming President of South Africa. No small wonder that Black People are suffering so badly from the kind of mental and spiritual indigestion alluded to by McCutcheon.

Of equal importance in terms of Black People freeing themselves from mental slavery is the extent to which their nationalistic parochialism renders them almost completely dispossessed. For although there are just as many Africans in the world as there are Indians, Chinese and Europeans, Black People seem completely oblivious to the fact that the saying ‘Unity is Strength’ is indeed a truism.

Despite the fact that Africa is the most resourceful country on Planet Earth, Black People seem content having to depend on the handouts of the very ‘downpressors’ who keep them in ‘splendid fragmentation’ as they continue to plunder the wealth of the motherland to satisfy their respective national interests. And most black politicians seem not to mind the status quo since in their miseducated minds it is better to be big fishes in small ponds than to be smaller fishes in a big pond. Alas! ‘Old habits die hard.’ But ‘He who pays the piper calls the tune.’

Not so many years ago, Bob Marley sounded a clarion call in his tune ‘Africa Unite.’ The same message is once more reverberating in the songs of the young Dominican singer, Nacio Fontaine. Similar appeals have been made over and over again by His Imperial Majesty (HIM) Emperor Haile Selassie, Marcus Garvey, Kwame Nkrumah and a host of statesmen, musicians, philosophers, historians and other visionaries of African ancestry; albeit in vain and at tremendous cost to the African People.

It should come as no surprise, therefore, that most Black People prefer to comfortably bask in their servitude since they have abandoned all hope of ever seeing the day when Black People would come together. But there is reason for fresh optimism. For although the psyche of Black People has been tragically disfigured by colonialism, enslavement, and neo-liberalism, the transformative power of the fledgling Rastafarian Movement, with its spontaneously exponential global reach, has already made such great inroads into the cognitive apparatus of so many millions of adherents that only the most intellectually timid of persons would fail to recognise that the phenomenon called RASTAFARI is indeed a force to be reckoned with.

Grounded as it is in the life and teachings of HIM, Marcus Garvey and other enlightened thinkers of all races, and premised on the principles of Universal Brotherhood and World Citizenship (notwithstanding its institutional infancy), RASTAFARI could rightly be regarded as a catalyst for ushering in the kind of New World Order envisaged by The Emperor in which ‘the philosophy which holds one race superior and another inferior is finally and permanently discredited and abandoned… [eventually resulting in the] Rule of International Morality.’

NOW Grenada is not responsible for the opinions, statements or media content presented by contributors. In case of abuse, click here to report.
Tags: black peoplekeith williamsrastafarirobert mugabe
Next Post

Updated 2017 Cruise Schedule as of 26 November