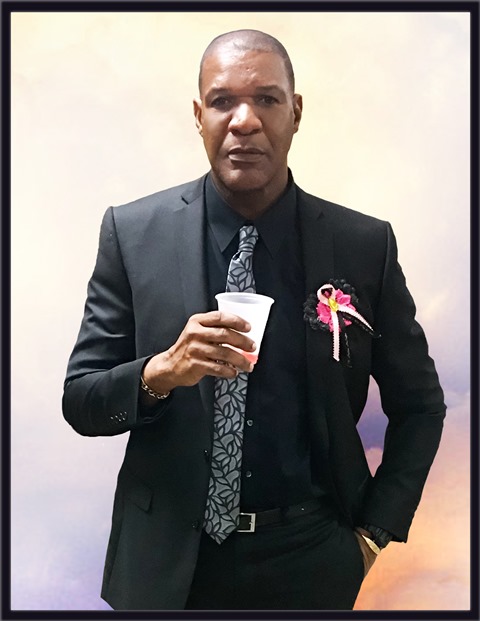 This story was posted 4 years ago
in General News, Sports
3 min. read

With 2 of his favourite sporting items, his boxing gloves and a cricket ball, veteran sports broadcaster, cricketer and former national boxer, Trevor Michael Thwaites, better known as ‘Big T’ and ‘Lion,’ was laid to rest on Monday at the Morne Jaloux Cemetery.

Up until his death, Trevor Twaites was attached to the Government Information Service (GIS). Thwaites, who hailed from the community of Morne Jaloux, succumbed to a brief period of illness and died on 18 November 2017 at the General Hospital. He was 59 years old.

Hundreds of people including family members, journalists, and friends all gathered at the Cathedral of the Immaculate Conception, to bid farewell.

Months after burying her mother Nadica McIntyre, Thwaites’ only daughter Nisha McIntyre tasked with reading his eulogy, paid tribute to her father’s legacy in the areas of sport, journalism, and as a family man. She said her father would always be remembered for his fighting spirit.

In a touching moment filled with heartfelt emotion, she expressed her final farewell. “Today as I stand here before you I stand yes, as a shattered human being porous and wounded, bewildered. I bleed for my father for his unfinished work and for all our ill-achieved plans, yet amidst the sorrow that I am unwillingly forced to face in this post lost reality I am comforted [by] my belief that today he is reunited with my mother.”

An avid cricketer, the Prime Minister gave glowing tributes highlighting Thwaites’ many contributions towards the development of sports in Grenada. He spoke of Thwaites’ work ethic and dedication to broadcasting information on issues of national importance. “Trevor’s commitment to work I think a lot of public servants would need to take a page from Trevor’s book; he gave a lot more than he received as a person whenever it was a face to face programme, or he has to be up there all evening, 10 at night, Trevor was always there.”

Spice Morning host Leslie Ann Johnson represented the staff of the GIS. Expressing her regret at not having had the opportunity to visit her colleague at the General Hospital, she said a dark cloud now looms over the entire staff of the GIS. She said, “I remember the last conversation Trevor and I had — he was at the General Hospital at the time — and I called him, and when he answered I said, ‘hi dear what’s wrong with you and he said O god lez I am in trouble,’ — words that are forever in my memory; and he proceeded to tell me about his ailments and what needed to be done to determine the exact cause of his problem. And in a matter of days, he was gone and regretfully those of us who had planned to use the weekend to visit him never got the chance.”