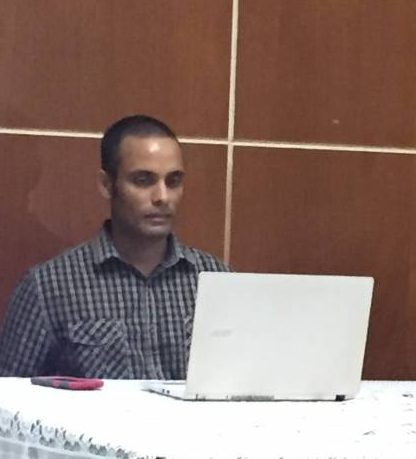 This story was posted 5 years ago
in Health
3 min. read

The Natoo Family of St Andrew are still somewhat dissatisfied with Government’s approach to their inquest into Sherwin Natoo’s death after being referred by the Grenada General Hospital to the Sparman Clinic to obtain treatment in 2004.

Natoo was ill and his family was referred to Dr Alfred Sparman at the Sparman Clinic located in Barbados. After raising over $90,000 for the procedure, Natoo passed away even before being treated by Dr Sparman. This money was not refunded to the Natoo family.

Natoo’s nephew, Stefan Ali Esq, an activist and licenced New York attorney, held a press conference on Thursday, 7 December 2017 to share pertinent information with the media and the general public about Sparman. According to him, Sparman is a registered sex offender who lost his medical licence in the United States of America. He also revealed that Sparman has a list of criminal activities attached to his past, and, therefore should not have been even allowed to practice medicine in Barbados.

The Natoo family have contacted the Ministry of Health and the Grenada Medical and Dental Council regarding their plight. Although they did receive a letter response from the ministry, they are still seeking answers and are continuing to make suggestions and recommendations.

The letter from the ministry alluded that the government has been educating the public about the Sparman/Natoo matter. However, according to Ali, he has not seen any such education being done since his uncle’s passing.

The ministry also stated in the letter that no public medical practitioner at the General Hospital will be referring any patient to the Sparman Clinic. This means that private practitioners can still refer their patients.

The ministry’s letter indicated that Sparman did not currently possess a licence to practice medicine in Grenada. However, Ali’s research revealed that at one point he did. When probed about the exact point in time this occurred, he stated that he was told they were unable to find the necessary documentation. Sparman, according to Ali, at one point practised at St Augustine Medical Services (SAMS.)

Ali revealed that about 6 other Grenadians who were referred to the Sparman Clinic in Barbados, shared their horrific experiences with him. “Despite the press coverage in Barbados on Sparman’s criminal and unethical past, the Barbadian government has entered into a partnership with him.”

In light of this, Ali is making a recommendation to the Ministry of Health, the Government of Grenada and the Grenada Medical and Dental Council to perform systematic background checks on overseas doctors that patients are being referred.

Also, Ali has collaborated with the Grenada Human Rights Organisation to form a group called GrenMedA, which aims to encourage persons to seek official channels available to resolve medical-health issues. “GrenMedA’s current mission is to be an advocate for anyone who wants to pursue issues with the medical system.” This includes both public and private health sectors. Some of their members are individuals who have worked in the health system locally and internationally.

NOW Grenada is not responsible for the opinions, statements or media content presented by contributors. In case of abuse, click here to report.
Tags: donella hostenministry of healthnatoosherwin natoosparman
Next Post