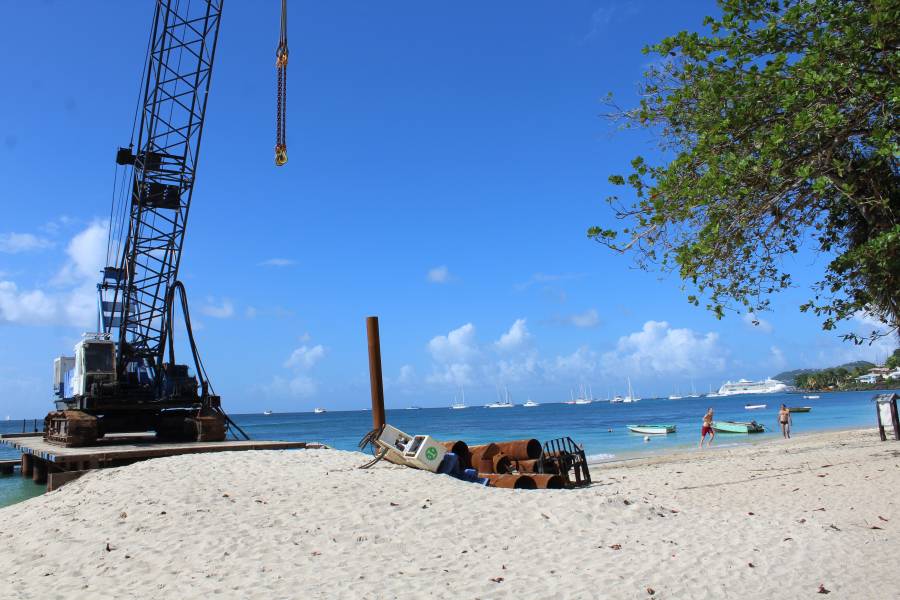 This story was posted 4 years ago
in Business, Travel/Tourism
2 min. read

The jetty on Grand Anse Beach continues to be a topical issue among the Water Taxi Association and other users of the facility.

In September of this year, Senator Ray Roberts, who is now NDC’s Caretaker for South St George, brought the nation’s attention to the deplorable state of the jetty at Grand Anse beach. This public outcry, along with numerous complaints from the Water Taxi Association and other users, resulted in the government taking action to rectify the issue.

Minister for Tourism, Hon. Clarice Modeste–Curwen, acknowledged that the jetty doesn’t only need to be fixed, but it also needs to be moved from its current location. She stated that this is as a result of a proposal for a development project in the area which will benefit the tourism industry. Modeste-Curwen assured that this move would be even more advantageous should the need arise for an ambulance pick-up.

The members of the association agree that the jetty needs to be fixed; but they do not agree with moving it lower down the beach, as it will make it more difficult for older tourists to access.

The jetty, originally located for over 16 years close to the Coconut Beach Restaurant has become an eyesore and danger to those who use it, including tourists. It is also a vital part of the services offered by the Water Taxi Association. To date, the jetty is still not in use by members of the Water Taxi Association and poses a danger to those around.