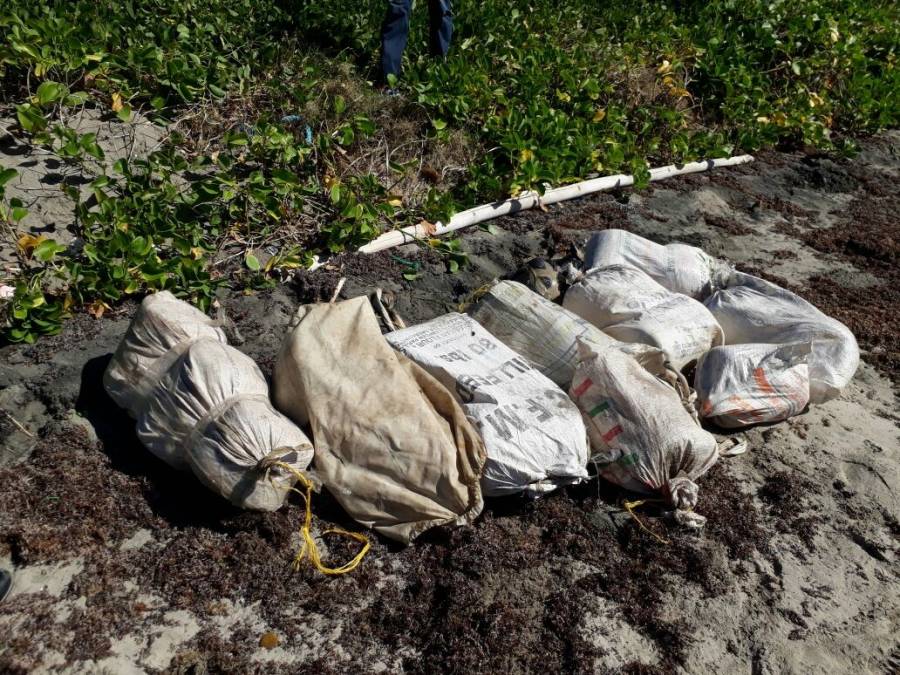 A joint operation by the Drug Squad and Grenada Coast Guard Unit on Tuesday, 12 December 2017 led to the discovery of 10 bags of compressed cannabis on Isle De Rhonde. No arrest has been made. Police investigations continue.

In another drug bust, a search of a passenger bus in St George led to the arrest of Marissa Darbeau, 37, of Victoria, St Mark on Monday, 11 December 2017. Darbeau was charged for trafficking of a controlled drug, after a bag containing South American compressed cannabis was found in her carrier bag. She appeared at the St George’s Magistrate Court on Tuesday, 12 December 2017 and was placed on bail in the sum of EC$8,000 with one surety. Darbeau will reappear in court on the 9 February 2018.

NOW Grenada is not responsible for the opinions, statements or media content presented by contributors. In case of abuse, click here to report.
Tags: cannabiscoast guarddrug squadisle de rhondepolicergpf
Next Post