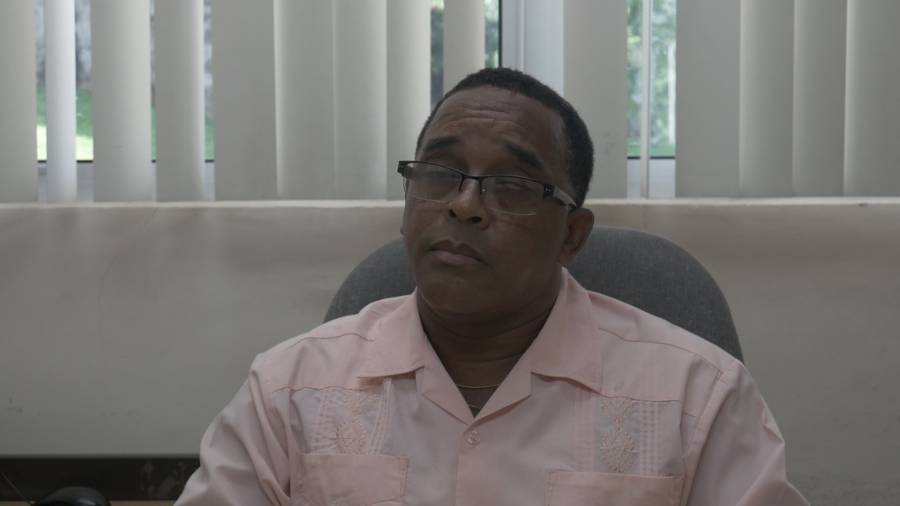 Adults Exposing Children to Drugs as Early as Age 6

Adults Exposing Children to Drugs as Early as Age 6

This story was posted 4 years ago
in Health, Video, Youth
3 min. read
Share

Children as young as 6 years have been initiated into early drug use by an adult. This is among findings stemming from the Grenada Drug Epidemiology Network (GRENDEN) annual report for 2017 which is presently being finalised.

Drug Control Officer, Dave Alexander says this worrying data is cause for concern as the findings also show that continuous drug usage by children has started as early as 12 years. “The age of first use of alcohol and marijuana is as low as 6 and 7 years old. It doesn’t mean at that age when they had their first experience that they continue after, but we know as young as 5 or 6 years a parent might give a child a sip of beer etc… now that is very striking because what we would find is that generally must [people] will actually begin continuous consumption at around 12 to 14 years old.”

Moreover, the survey has found that because of early initiation into drug use those children would have started to experience social and health-related problems by age 25. Alexander says this poses an even bigger challenge for Grenada’s economy, as the country’s productive sector is being most affected.

“In Grenada, the main drug use is among males, but we [are] seeing the number of females increasing, also particularly [in the] area of alcohol consumption. If you look at them in terms of persons arrested and charged for drug offences, and persons going into treatment, the bulk of that falls in the productive sector — that 18 to 35 age range — so if we begin to lose that sector it spells problems for years to come. Remember we will have a number of persons who are unable to work properly, and this will have implications for the economy. This now means we have to devise interventions programmes.”

Although there is no major significant change in the statistics collected in the first half of both 2016 and 2017, Alexander says they have noted a resurgence in the proliferation of cocaine on the island. He said this trend is also seen throughout the region. “We have noted a bit of a spike regionally in cocaine trafficking, not in use, but if you look at the data we have seen some foreign nationals being arrested at the airport for cocaine trafficking and interestingly they were not bringing it in, but they were heading out — which means that the drugs were here.”

The Drug Control Officer says the completed 2017 report is expected by April of this year.

A cursory glance at the 2016 GRENDEN report revealed that in 2016 the Royal Grenada Police Force (RGPF) seized:

There were no seizures of methamphetamine, heroin or other types of drugs.

Data collected from the Rathdune Psychiatric Unit, using the Regional Standardised Intake Form showed that there were 74 clients (67 males and 7 females), admitted to the facility for medical problems derived from the consumption of drugs. Seven clients (6 males, 1 female) were new admissions.

The Drug Control Secretariat is preparing to hold its 30th Annual Meeting of the Grenada Drug Epidemiology Network (GRENDEN) on 25 January 2018 at the Ministry of Education and Human Resource Development.

At that meeting, the stakeholders will also discuss a number of topics including the 7th Evaluation Round of the Multilateral Evaluation Mechanism (MEM) and the Standardised Indicators for Data Collection on Drugs.

The Multilateral Evaluation Mechanism (MEM) is a mechanism established by the Organszation of American States/Inter-American Drug Abuse Control Commission (OAS/CICAD), to evaluate the progress in drug control in its member states and to make periodic recommendations to member states on improving their capacity to control drug trafficking and abuse and enhance multilateral cooperation.