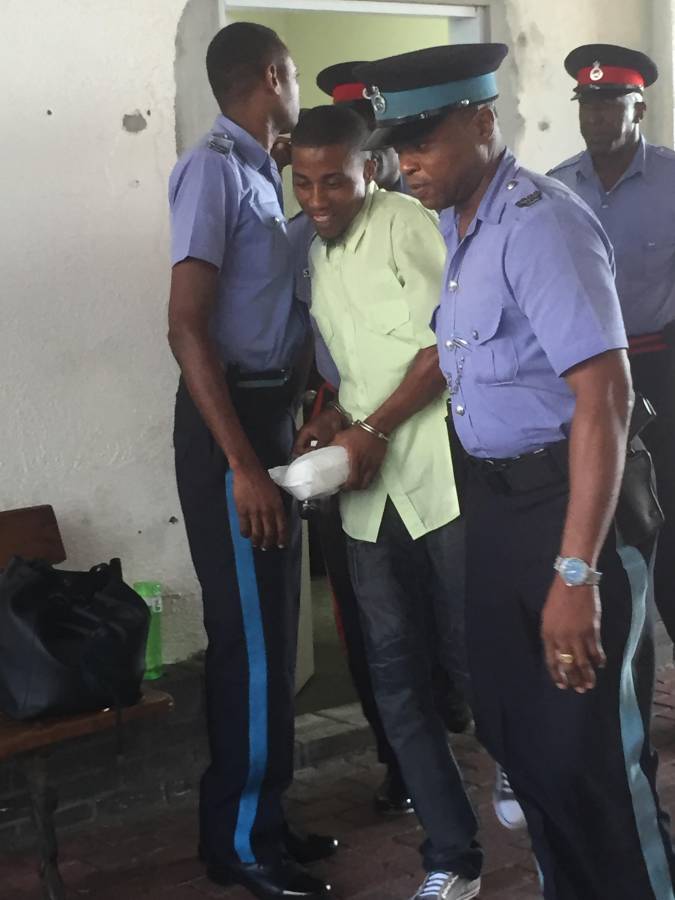 28-year-old Akim Frank will spend the next 21 years and 8 months of his life at Her Majesty’s Prisons for the 2015 death of Linnea Veinotte.

Justice Paula Gilford sentenced Frank at the #2 High Court on Thursday, 18 January. He was represented by Attorney-at-Law George Prime, while Attorney Skeeta Chitan represented the family of the deceased.

According to Justice Gilford, from the Social Inquiry report and based on her observations of Frank, it could be seen that he was genuinely remorseful for his actions. Initially, Frank was charged with Non-Capital Murder, but later, his then lawyer Peter David was able to reduce that to Manslaughter, to which Frank pleaded guilty.

Frank apologised to Matthew Veinotte, husband of the deceased, who was present at the court, and according to him, accepting full responsibility for his actions and for the hurt and chaos that he caused the Veinotte family, his own family and by extension the State of Grenada.

Keeping this in mind, and looking at Frank’s history of criminal activities, Justice Gilford noted that this crime impacted many persons especially the immediate family of the deceased, and, had Frank picked up Veinotte and drove her to the hospital instead of dumping her body like a “common animal,” things would have been different for him today. She could not overlook this aggravating factor.

Although Frank’s lawyer pleaded for leniency based on his client’s age and his level of remorse, Justice Gilford stated she would not take his age into consideration for sentencing. Prime argued that the common benchmark for manslaughter is usually 15 years, and believes that Justice Gilford’s sentence was ‘excessive.’

Frank’s initial sentence was 18 years and 9 months. Justice Gilford added 5 years for his decision not to carry Veinotte to get medical assistance and dumping her body to be exposed to the elements for approximately 5 days. She then took into consideration the number of years spent on remand at the prison and subtracted that from the 23 years given. Justice Gilford additionally required that Frank, upon his release, be banned from driving for 5 years.

Frank’s mother, sister and brother were present at the court, and it was an emotional scene as Frank was taken away in handcuffs.

Brendon La Touche, from the Office of the Director of Public Prosecution (DPP), stated that he was satisfied with the sentencing, though others were of the opinion that the judge was a bit lenient with Frank.

Prime indicated an appeal might be a possibility, but this can only come after reviewing the nature of the sentencing. He believes that his client’s age should have been taken into consideration, as is stated by the principles of sentencing.

The Frank – Veinotte case attracted a lot of attention from the international media since Veinotte’s death in December 2015. However, because Frank pleaded guilty, a trial was not necessary. At the time of her death, Dr Linnea Veinotte was a Learning Strategist at SGU’s Department of Educational Services.

Matthew Veinotte said that he would have liked the trial to understand what happened on the day he lost his wife, as this incident has changed his life completely. He and his two sons still reside in Grenada.

NOW Grenada is not responsible for the opinions, statements or media content presented by contributors. In case of abuse, click here to report.
Tags: akim frankdonella hostenlinnea veinottemanslaughterpaula gilford
Next Post

Financial Sense… Why Do We Stay?